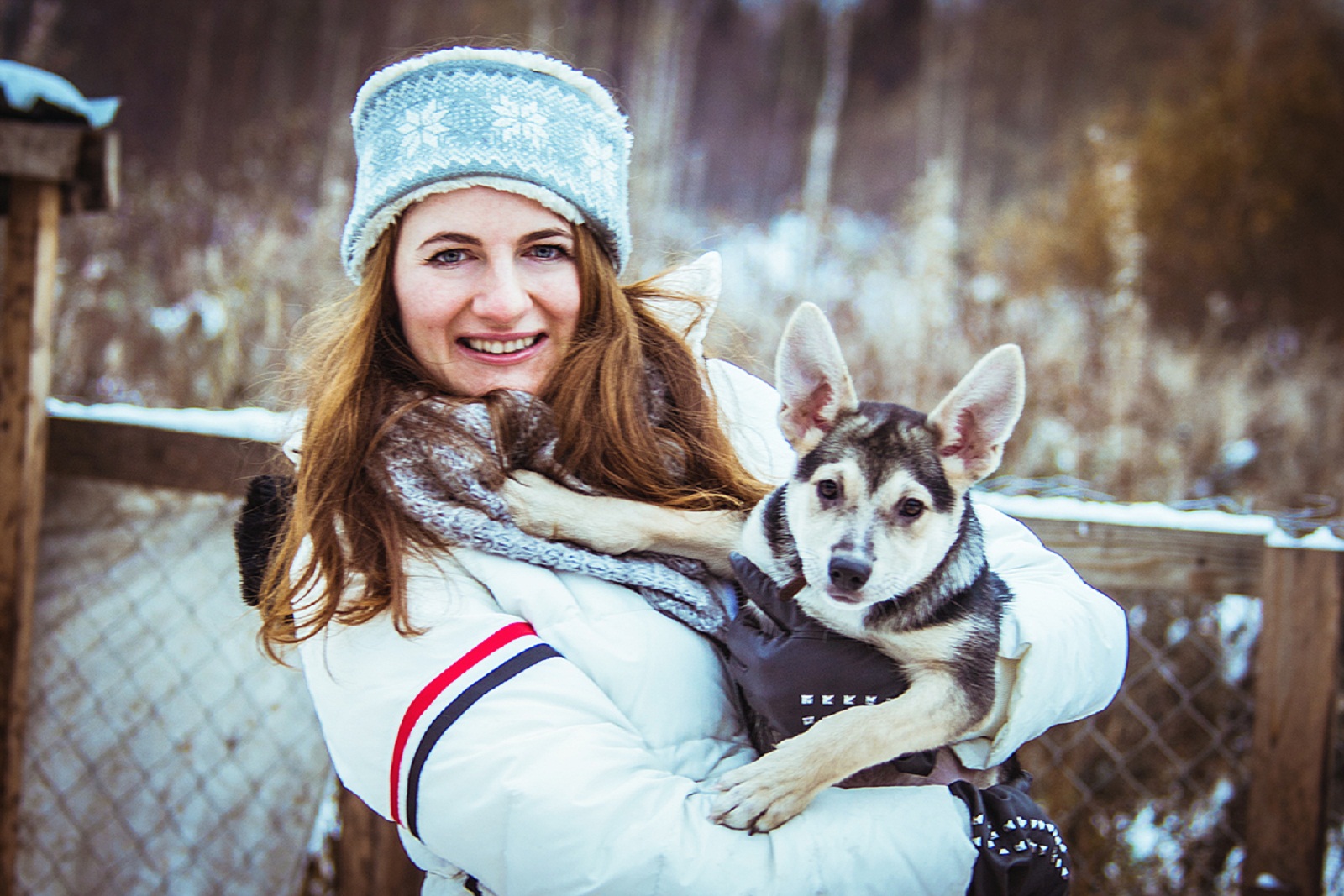 Anna Kogan, founder of the Big Hearts Foundation, grew up in Rustov-On-Don, Russia, where she witnessed the horrible lives of many homeless animals.

She tried to catch as many as she could, or hide them from the dog catch-and-kill services that are predominant in Russia and Eastern Europe, but as she grew up, she realized that saving one, five, or even 10 animals was ineffective, long term — it was Russia’s complete lack of animal welfare laws that were the real problem. 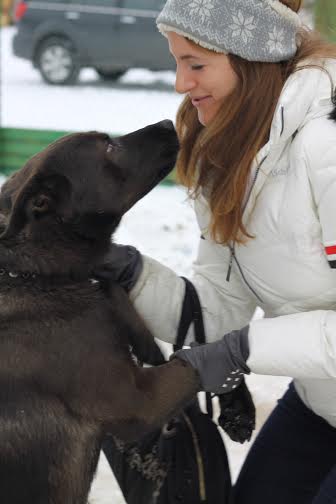 Kogan founded Big Hearts Foundation in 2011 to try to solve this problem. The Foundation, based in London, hopes to “reduce the number of unwanted and homeless animals in Russia,” according to their website. The Foundation’s key areas of focus are creating laws that define animal cruelty, encourage the responsible treatment of animals, regulate the breeding and sale of domestic animals, stop the ownership of exotic animals as pets and a law banning cosmetic testing on animals.

Kogan explains to One Green Planet that after the end of communism in Russia, laws concerning animal welfare were hastily drafted, and the government gives little-to-no direction on enforcement.

“Cruelty is not punishable unless performed in front of a child, which is rare and hard to prove,” says Kogan. “There is no mechanism to take animals away from mentally disturbed or just cruel people, especially children, of which there are shockingly huge number.”

By this, Kogan means that Russia has no real regard for animals as living things that feel pain. So, the above law she’s describing is meant to protect the child—not the animal. The laws are so poorly written that they also allow people to keep wildlife. And, even though the wildlife can be picked up out of the woods, once an animals in someone’s care it is considered their property. This becomes even more problematic when there are no laws that enforce what or how often wild animals are fed or under what kind of conditions they are kept. That’s where Kogan comes in.

One of the more recent, and horrifying, cases Kogan was involved with was the case of two captive, alcohol-dependent bears in Sochi, who are now known as the Sochi bears. According to The Independent, the bears are being held at Patskhu-Guria restaurant and have been locked in small cages by the restaurant owner for more than 20 years after he decided they were too big to be allowed outside. Now, customers feed them junk food and alcohol, and they’re completely blind from car lights shining in their eyes. 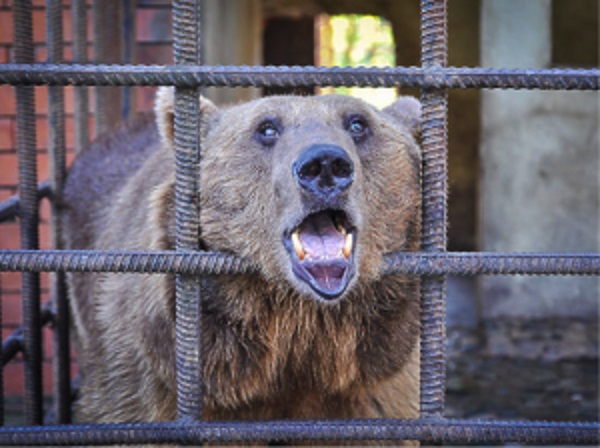 Apart from the complete lack of legislation that would allow Kogan to take the bears, she also can’t find a rescue that will accept them. Their alcohol dependency would make them extremely expensive and difficult to care for. Despite that, Bridgette Bardot’s animal rights charity has offered to help send the bears to rehab.

Though their alcohol dependency is a rare problem, the issue of Russian citizens keeping bears and animals in cages isn’t.

“After [the] spring hunt, mothers are killed, hunters or villagers find bear cubs,” Kogan tells One Green Planet. “These [cubs] either starve to death in the woods, kept in small cages in private possession, or are sold to photo businesses or circuses. Photo business on Russian beaches is huge — there are drugged bear cubs, leopard cubs, lion cubs — all unregulated.”

At the end of each Russian summer, Kogan says the animals used for photography are killed. And there’s no legislation that deems this specific practice illegal. Unfortunately, Big Hearts Foundation doesn’t have the funds to focus on drafting legislation for bears, so they’re fundraising to rescue and rehabilitate bears at the Wildlife Rehabilitation Centre UTYOS.

Kogan said her work with the bears is part of a recent increase in the group’s wildlife work. The bulk of the organization’s work is focused heavily on drafting legislation for companion animals.

Kogan tells One Green Planet that the foundation is focusing most of their attention on general animal welfare legislation for companion and domestic animals. Current Russian Civil Code describes animals, including cats and dogs, as inanimate objects and property, which — by law — means they are not granted sentience. Though treatment of farms animals is improving slowly, most countries generally agree that pets ought to be granted a certain amount of protection that extends past that fact that they belong to a human. Unfortunately, Kogan said Russia’s laws don’t reflect this ideal, and changing the minds of legislators takes patience and determination.

“How do you start being involved in discussions on animal welfare law by the government?,” Kogan asks. “First, you become knowledgeable, you research how it’s done abroad and really soak up and dive deep into all sides of the problems and the big issues. It’s not an easy country to work in, but progress is possible.”

When Kogan describes this progress, you can tell that she’s proud of it, but that it’s not enough—at least not right now. She talks about the issues with a lawyer’s legislative fluency and an inspiring love for saving animals’ lives. Because, when you get right down to it, that’s what progress means. 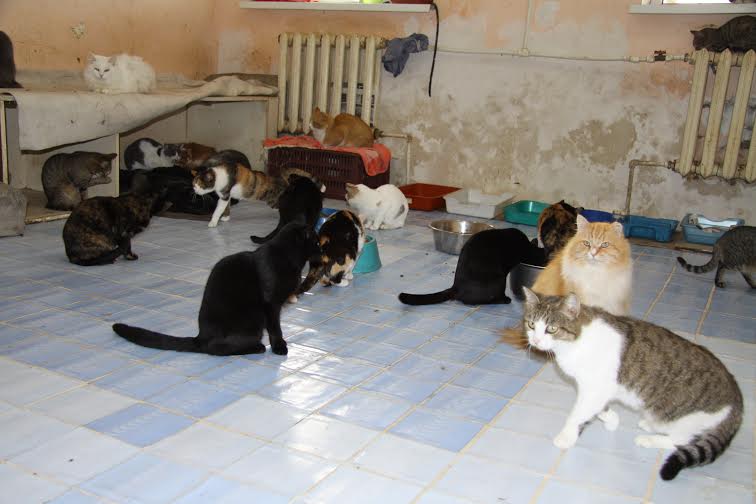 And it does happen. Most recently, the Big Hearts Foundation has been successful in relaxing the countries ban on Ketamine, which is often used as an anesthetic in spay and neuter procedures. Since the ban, the procedure has become harder to access and more expensive, contributing to a huge jump in the country’s homeless — and thus euthanized — cat and dog populations. The Foundation has also helped establish five animal shelters to employ a sort of trap, neuter, release program, except they help find the animals homes after surgery.

The Road to Proper Legislation

Proposing solutions to Russia’s animal welfare problems is the easy part of the process, Kogan explains. The hard part is getting in good with the government, which requires determination and a very patient approach.

“You do not become dismissive of the whole idea of change and give up when a government official says something you don’t agree with,” Kogan says. “All of these things require time, effort and a genuine desire to change and not just voice your upset opinion about wanting change (like so many do).” 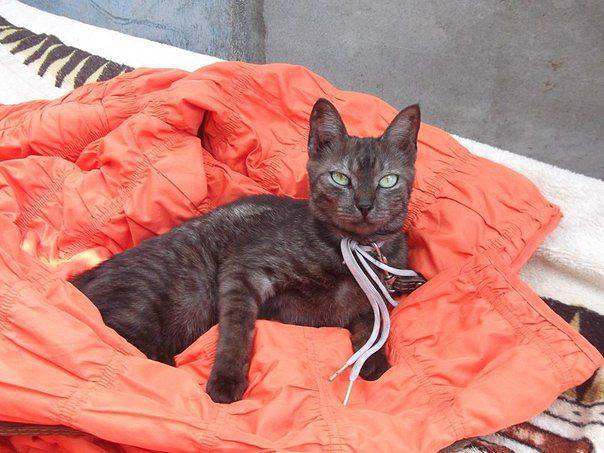 Kogan and her team has to do their homework, work with a very limited amount of resources, and always, always maintain a professional, helpful mindset when working with government officials — no matter how emotional they are once they step away from the drawing table.

“Doing this for three to five years, I have seen a lot of progress in society, the knowledge, and even some movement on laws,” Kogan says. “It gives us the power to keep going. It is the biggest country in the world, and [it’s] work for a lifetime, but everything we do amounts to many animals somewhere not suffering or suffering less at some point in time.”

Though the government has since decided to remove the Sochi bears from the restaurant owner’s care, the decision is delayed until they can “find” funding to move the bears to a sanctuary in Romania. The Foundation hopes that this petition will also force the government to find a temporary home for the bears much sooner. The campaign has already been backed by Hollywood stars Ricky Gervais, Lena Headey and John Hurt. To request that the Russian Ministry of Natural Resources and Environment cooperate with their original decision by sending a veterinarian to the bears, sign this petition.

Kogan’s current goal for the Foundation is to fund their new humane cartoon series. The series — if it raises enough money — would be aired on several Russian state channels and hopes to teach children to be more kind, responsible and loving toward animals. The fundraiser for the campaign starts now, so start donating here.

Donating to the Foundation, generally, would help support their school “Kindness Lessons” concerning animals in 10 cities across Russia, pay a second staff to work from Russia instead of just London, and expand the UTYOS Rehabilitation Centre so that they can rehabilitate and release more bears and tigers.