Rodeo Cruelty Isn’t Just About Bulls, Baby Cows Are Harmed Too – How to End This ‘Tradition’ 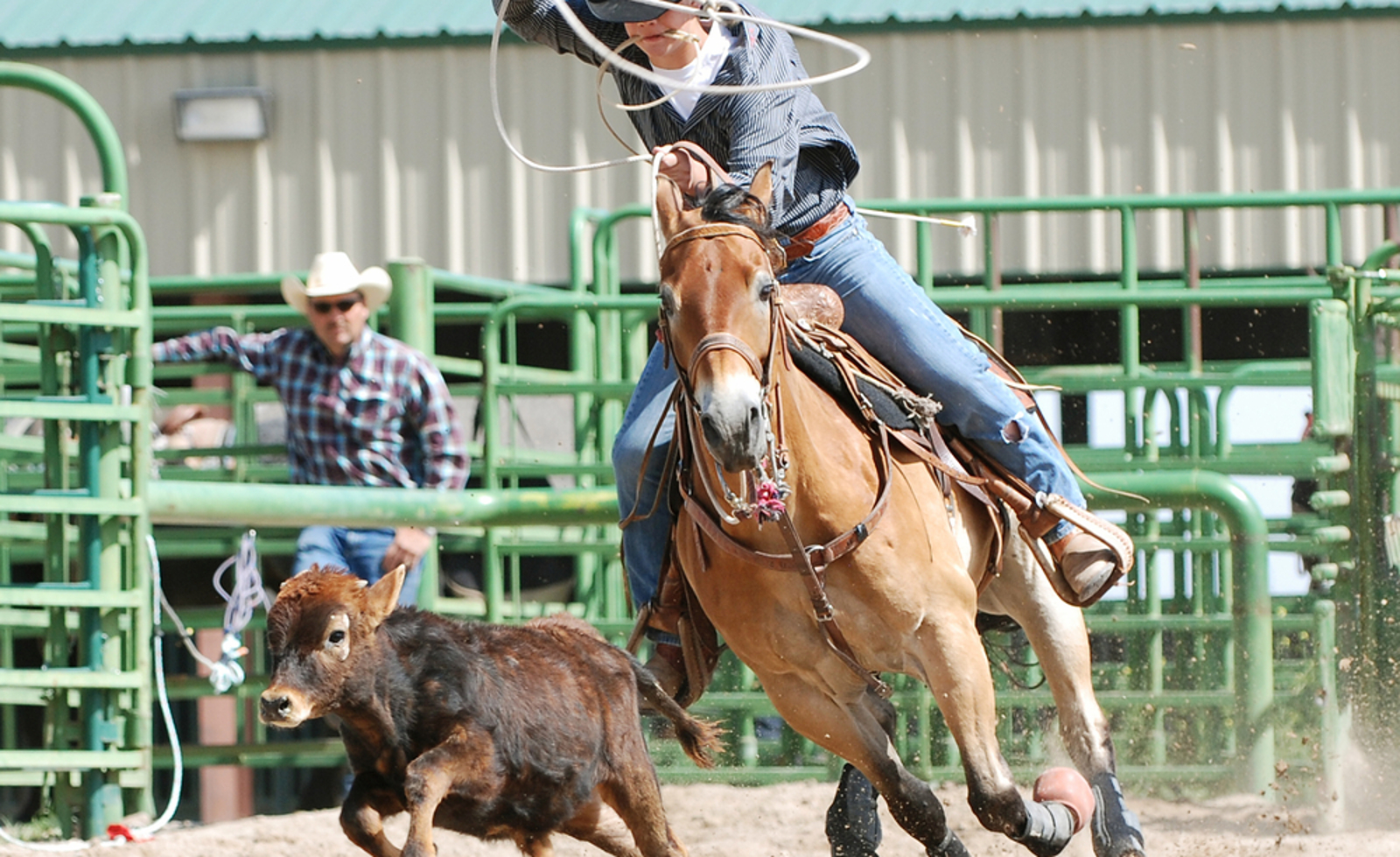 “Animal abuse” might sound like strong words for what some view as a fun pastime. And yet, this is an apt description. If we did to puppies what we do to calves, then the Government would act immediately based on breaching of the Animal Welfare Act. The same Act is not applied consistently to other species, including those used in rodeos. It’s time for us to question why.

Not All Fun and Games

When we think of rodeo most people tend to picture tough, angry, bulls ridden by burly men. But bull riding is just one of the events at a rodeo. There’s also calf roping, where just weeks old, vulnerable, scared, young animals are forced to run at high speed before being yanked, suddenly and painfully, off the ground with a rope around their neck and slammed into the dirt while a “cowboy” ties their feet together.

And then there is steer wrestling where the animals are chased, jumped on, and have their necks twisted at 180 degrees to force them to submit. An animal would never naturally bend their neck in this way.

Replace steer or calf with “puppy” or “kitten” in these events, and even if you were still convinced it was acceptable, it suddenly seems so much more unreasonable.

And those supposedly angry bulls? It isn’t much better for them, or the horses that are ridden, either. They’re made to buck via the use of a flank strap; an uncomfortable, tight strap that goes around their abdomen.

A 2016 University of Queensland scientific study into calf roping concluded that it is stressful for the animals and that the evidence “suggests the experience is aversive.” NAWAC (the National Animal Welfare Advisory Committee) recommends that calf roping should not be performed.

In all rodeo events, timing is more important than animal welfare, as “cowboys” compete to get the best time.

Animals can, and do, die in rodeo. They are frequently fearful and highly distressed. And not just from the activity themselves. Animals are transported long distances in trucks when moving from one event to the next and subjected to practice rounds. Add in a jeering crowd and loud music, and you have a very stressful, highly unnatural, situation for any animals, but especially prey animals.

Science tells us that prey animals are often nervous. They will go to great lengths to hide their anxiety and pain, for fear of appearing more vulnerable. And yet, New Zealand vet Stephane Lane says, “It doesn’t take an expert to see the fear in the eyes of the animals used in rodeos.”

So next time you hear rodeo organizers say the animals enjoy it, the question we should be asking ourselves (and them) is, why on earth, would they?

In 2017, the Government decided not to ban rodeo. This decision came despite 62,000 people signing a petition calling for a prohibition, expert submissions and evidence, and opinion polls showing the majority want it gone.

In 2015, New Zealand’s Animal Welfare Act was supposedly strengthened. The Act now declares animals to be sentient, which garnered praise from around the world. But saying animals are “sentient” is just a way of saying they think and feel. The fear animals feel in rodeo is now a legitimate legal concern. But what good are these changes to the law if they don’t result in changes for the animals?

It is clear that New Zealanders aren’t happy with bobby calves being roughly handled as exposed in another dairy industry investigation, and we don’t find it acceptable for animals to be cruelly treated at rodeo either.

Extensive investigations of rodeo have significantly changed the public discussion around rodeo. It is out of step with public opinion to ignore the 59 percent of Kiwis who said they supported a ban in a scientific poll. Especially so when you consider the small minority involved with it.

We often hear it touted that “New Zealand has the best animal welfare standards in the world.” But, while we still factory farm over one hundred million animals a year, have cruelty repeatedly exposed in the dairy industry, and allow animals to be abused for entertainment in rodeo, we do not have much to boast about. Caring Kiwis are waiting for the Government to start taking leadership on animal issues.

Rodeos events are banned in Britain, other parts of Europe and areas of the U.S., and Australia. Other countries prohibit certain events such as calf roping. In New Zealand, rodeos are banned from Auckland Council land.

It is not a practice that can be defended by claiming it is a Kiwi tradition. New Zealand rodeo only started a few years ago, an imported form of entertainment from the US.

Animals in rodeo are routinely grabbed, chased, wrestled, and roped in aggressive displays and can sustain painful injuries such as fractures and bruising, as well as suffering severe stress and fear. Effectively bullying. When animals suffer needlessly we cannot justify their use for so-called entertainment.

There are many rural and outdoor events and activities that people can enjoy without inflicting harm and torment on animals. If you are concerned about the impact that rodeos have on animal welfare, the best thing you can do is vote with your feet and stay away from rodeos and other businesses which use animals for recreation and profit.