Healing With the Help of Friendship: 2 Rescued Orphan Primates Form an Amazing Bond 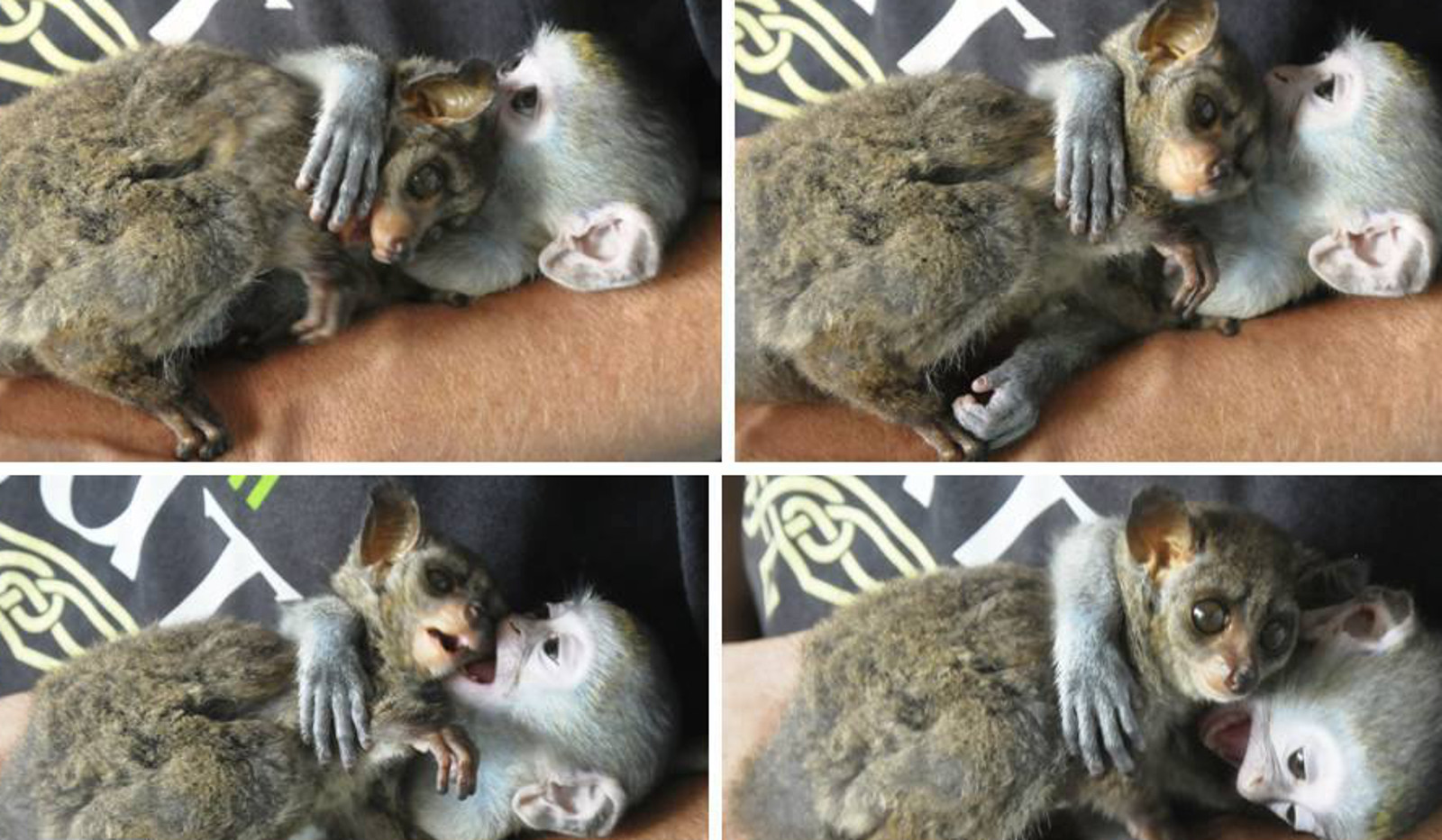 Seeing animals from completely different species become friends is a rare and wonderful occurrence that we relish in. There are many wonderful examples of animals setting aside their perceived boundaries and acting out of compassion that prove that all creatures are just as capable of acting out of sympathy and care as humans are.

Two recent rescues, Cashew and Laila, at Colobus Conservation in Kenya are a shining example of this. 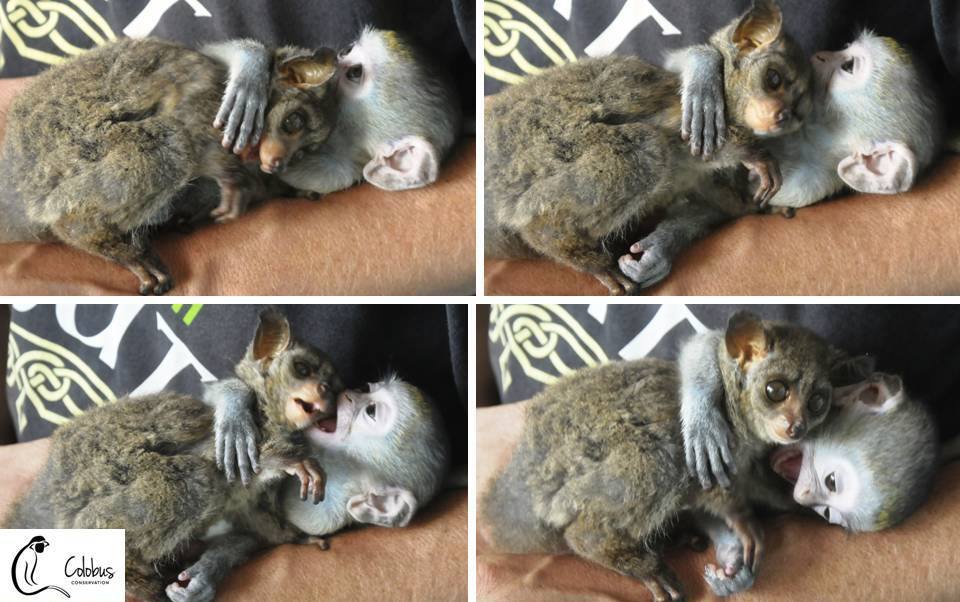 Cashew is a young bushbaby and Laila is a young vervet monkey. Cashew was sadly abandoned by his mother when he was too young to fend for himself. The reason he was left is unknown, but it is thought to be as a result of habitat disturbance in his native Kenyan forest. Laila became an orphan when her mom was killed by hunting dogs as part of Kenya’s illegal bushmeat trade. Both of these infant primates had a harrowing and traumatic start to life but, thanks to Kenyan conservation NGO, Colobus Conservation, the two are not only being provided with expert care, but have struck up the unlikeliest of friendships. 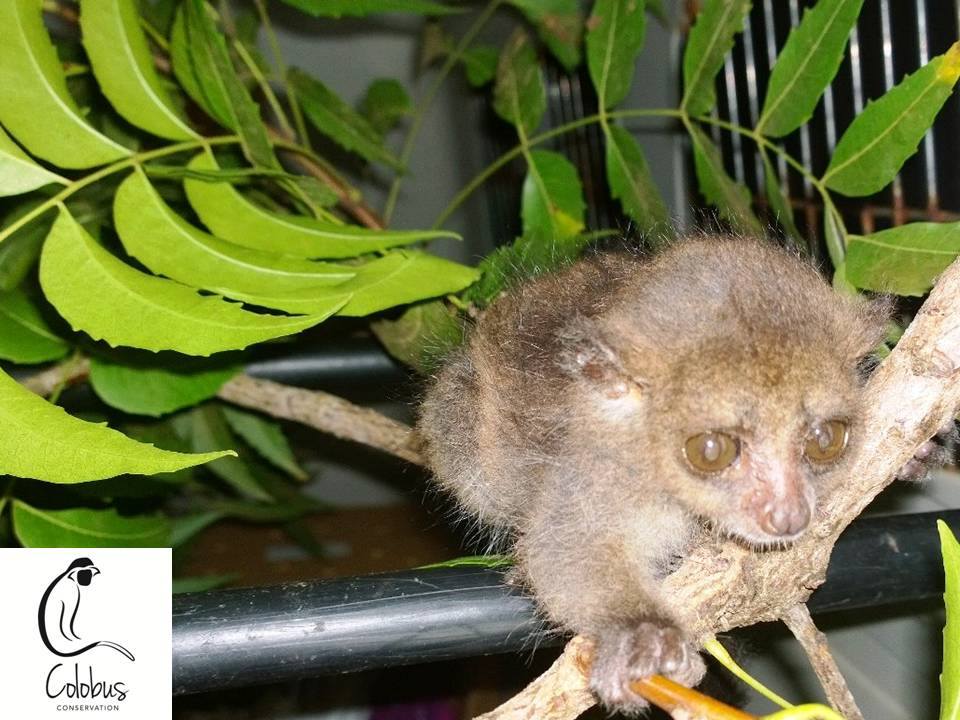 Bushbabies like Cashew are nocturnal (active at night) and vervet monkeys like Laila are diurnal (active during the day) so despite being rescued at around the same time, it was initially thought unlikely that the two of them would see much of each other. 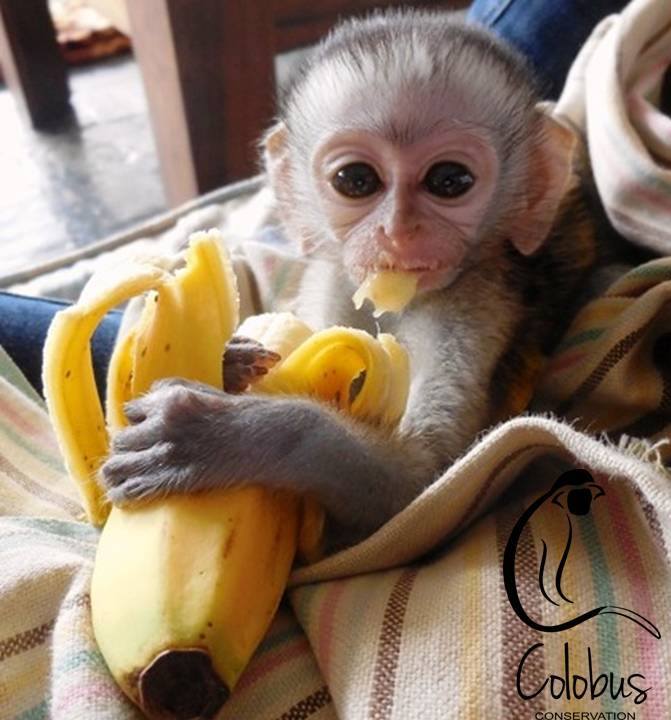 But, much to the surprise and delight of the staff and volunteers at Colobus Conservation, as Laila is getting ready to go to sleep and Cashew is awaking from his day-time slumber, the two have found that there is no better way to spend their time than playing with one another.

In a short video released by Colobus Conservation, the adorable orphans can be seen rough-housing and having fun; something which the staff caring for them say is not just adorable to watch, but incredibly important for their development. 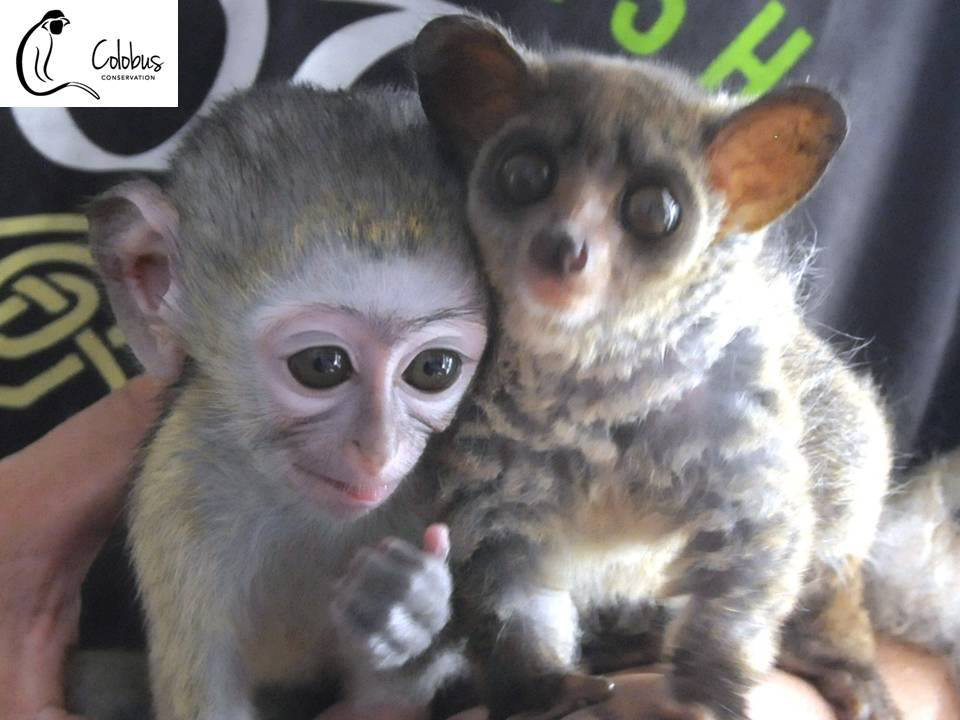 “If you watch the video, you see that Laila has her mouth open and is showing her ‘play face,'” continues Donaldson, “This tells Cashew that she is having fun and means no harm. Cashew, in turn, can be heard making a quiet laughter-like noise, which tells Laila he thinks the game is great too! These social skills should have been taught to the little ones by their mothers’ but they are having to learn by themselves and are, thankfully, getting along just fine.”

As Laila and Cashew get older and are no longer so reliant on their human care-givers, they will be supported as they prepare for life in the wild again. Colobus Conservation has rescued, rehabilitated and released many injured and orphaned primates in the past and are confident that these two little friends will be no exception.

“We have high hopes for Laila and Cashew. They are strong, healthy and developing fast. There is every chance that, despite their difficult start in life, both of them will eventually be released to live in complete freedom. In the meantime, we will continue to ensure that they receive the best possible care and will watch with great interest to see how this heart-warming and unusual cross-species friendship develops”.

Find out more about Colobus Conservation’s wonderful work with rescued and free-living primates in Kenya and learn about how you can support their work for little primates like Laila and Cashew by visiting their Facebook page.