Petition: Save Elephants from Cruel and Exploitative Guruvayur Temple! 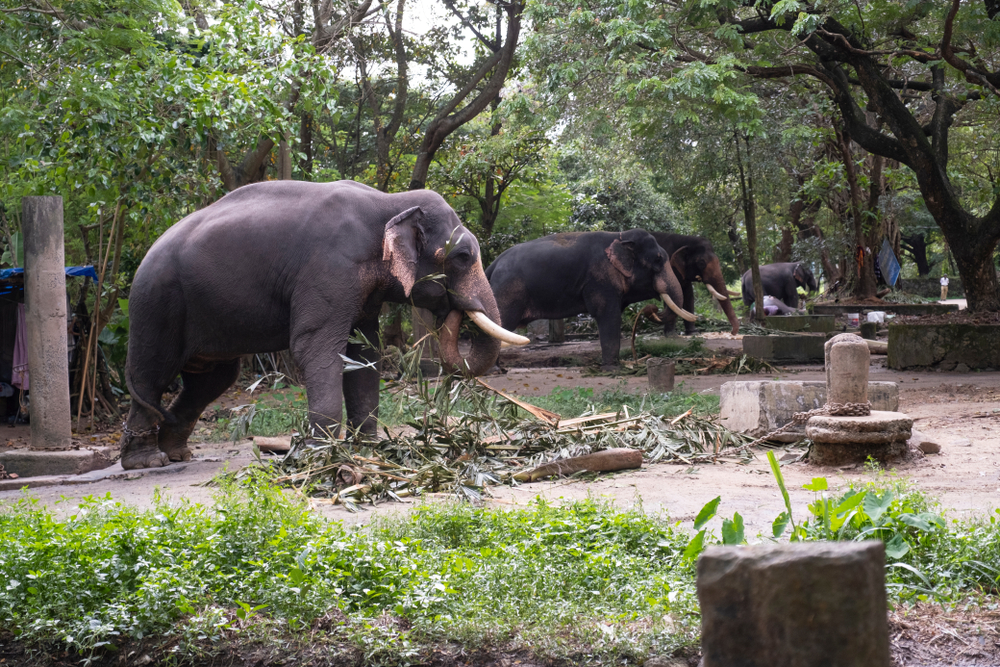 The tourism industry exploits elephants for the profit and the entertainment of humans. In places like Amer Fort, the elephants are forced into a lifetime of misery and terrible conditions to give rides to humans. An 18-year-old elephant named Kanakota recently died after collapsing from being overworked to the point of exhaustion. Maesa Elephant Camp was recently exposed for mistreating the elephants and keeping them in horrible conditions just for profit.

In the last three years, nine elephants have died there. They went from a total of 54 elephants in 2016 to just 45. A TripAdvisor review for the Elephant Camp Sanctuary at the Guruvayur Temple is titled: “Oh My God, Soul destroying cruelty at a price,” and states: “If I had to chain my dog (which I don’t) the chain would be longer than this! I wonder if some of the reviewers actually went to the same ‘sanctuary’? Are you kidding me? Elephants are on short chains in very small areas chained foreleg and rear leg so cannot move left, right or move around. Food is piled in front of them and they have nothing better to do than eat or throw it around. The whole area is dirty, unkempt and disgusting, nothing more than an elephant prison and I am sorry that I paid money to support such an atrocity against such a beautiful animal. This place should be closed and the owners chained up.”

This Care2 Petition by Rita Claessens of Elephant Freedom Fighters describes the condition of the elephants: “We call it the concentration camp for elephants – the worst of its kind anywhere on the planet. Elephants are forced to stand on their urine and excrement, tethered in cruelly short chains, as you can see in this video. They stand there day and night beneath the scorching sun, no roof to shade them from the sun. Temples are considered to be sacred places that people visit to gain some solace. Temples practice and preach compassion, love and peace. However, everything that these poor elephants are subjected to goes against the rich Hindu tenets.”

To stand up for these suffering elephants, sign this petition demanding an official investigation and immediate upgrades of the elephant’s living conditions.