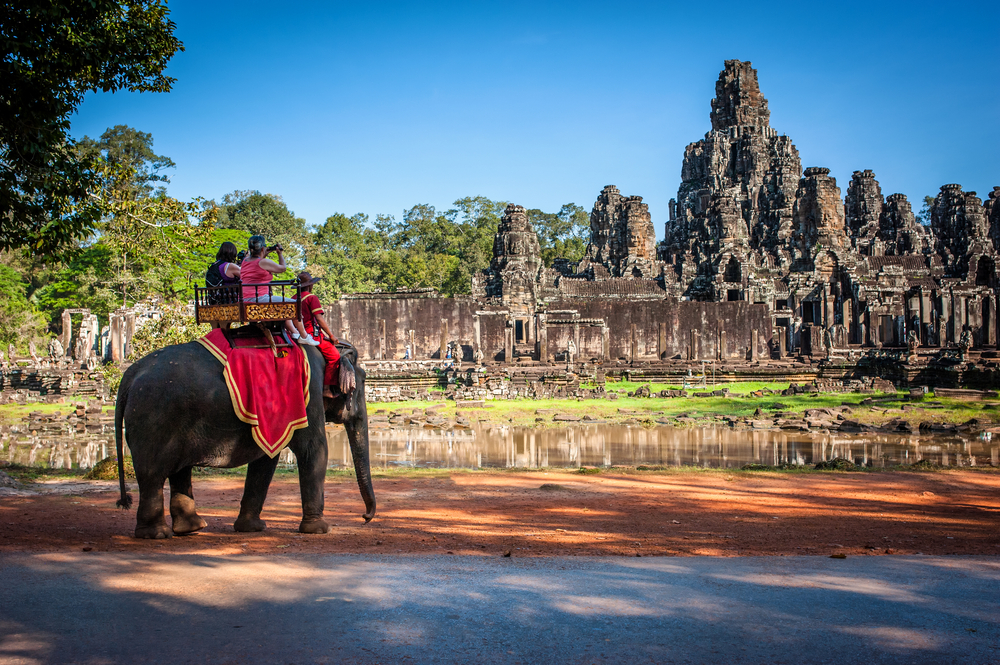 Angkor Wat is a popular tourist site in Cambodia where elephants are used for trekking. A few years ago, they received a lot of backlash when an elephant died after carrying around tourists in the sweltering heat. Elephants are not meant to live in captivity and carry humans around. These animals are taken from the wild and put through the cruel process known as phajaan, which basically breaks their spirit. They live under the threat of a bull hook and are forced to carry humans whether they want to or not. They cannot even bathe in mud to protect themselves from the sun because they need to be kept clean for the tourists.

The elephants used for trekking and rides in the tourism industry are mistreated and display signs of distress and depression. Fortunately, the elephants currently suffering at Angkor Wat won’t be suffering for much longer. Cambodia has officially banned elephant rides at this location! The Elephant Management Association and the Apsara Authority worked together to make this ban happen. It will go into effect in early 2020.

In even better news, the elephants are already being released into the nearby forest! Long Kosal, Apsara Authority spokesman, said: “The elephant is a big animal, but it is also gentle and we don’t want to see the animals being used for tourism activities anymore. We want them to live in their natural surroundings.” The elephants are being gradually released and sometime in the beginning of 2020, they should all be free!

This is fantastic news. Elephants suffer so much for the tourism industry, and Asian elephants are in danger of extinction. These gentle giants deserve to live in their natural habitat with their herds!

If you agree and want all elephants to be free of the cruel tourism industry, sign this petition calling for an end to elephant riding.