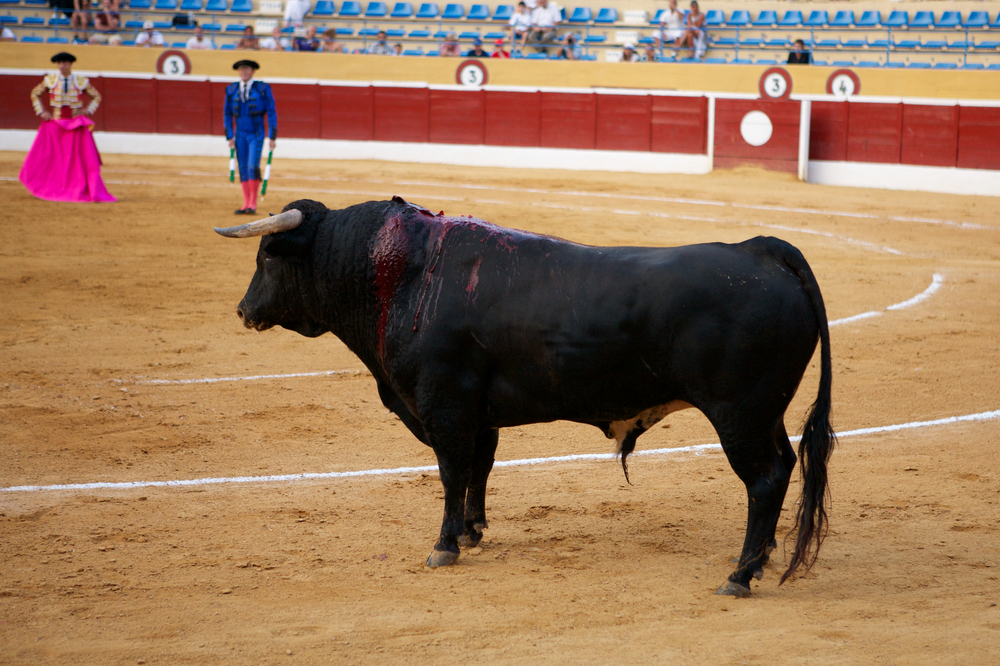 Bullfighting is a cruel sport often justified in the name of tradition. But making a spectacle of torturing and murdering an animal is nothing but cruel. More people seem to be realizing that this bloodsport is not a tradition that should be carried on. Spain’s supreme court has cracked down on it, banning specific festivals and events. Just when it seems that this cruelty may be disappearing, we are reminded that it exists and animals continue to suffer.

A few months ago, a video went viral of a matador wiping a tear from the face of the bull that he had been torturing and was just about to kill. It was sickening. Then it surfaced that there were schools in Spain where children are taught to torture bulls, cutting off their ears and tails for trophies before killing them. A minister in charge of animal protection in France also recently attended a bullfighting show. All these things remind us that there is a long way to go before bullfighting is officially abolished.

Now, the citizens of Marbella, Spain are horrified and worried that bullfighting will return to their city where it was banned three years ago. The city’s town hall set aside €1 million for the renovation of the no longer used bullring, Plaza de Toros. According to this petition, the announcement said they would be renovating it, “making it safe, practicable and operational for its intended use.”

One can understand why the citizens are worried about the city backtracking into cruel and outdated traditions. Earlier this year, around “300 people staged a protest through the centre of Marbella against the possible return of bullfighting to the city.” Stand with them in solidarity by signing this petition which will go to the mayor of Marbella asking that bullfighting remain banned in the city!