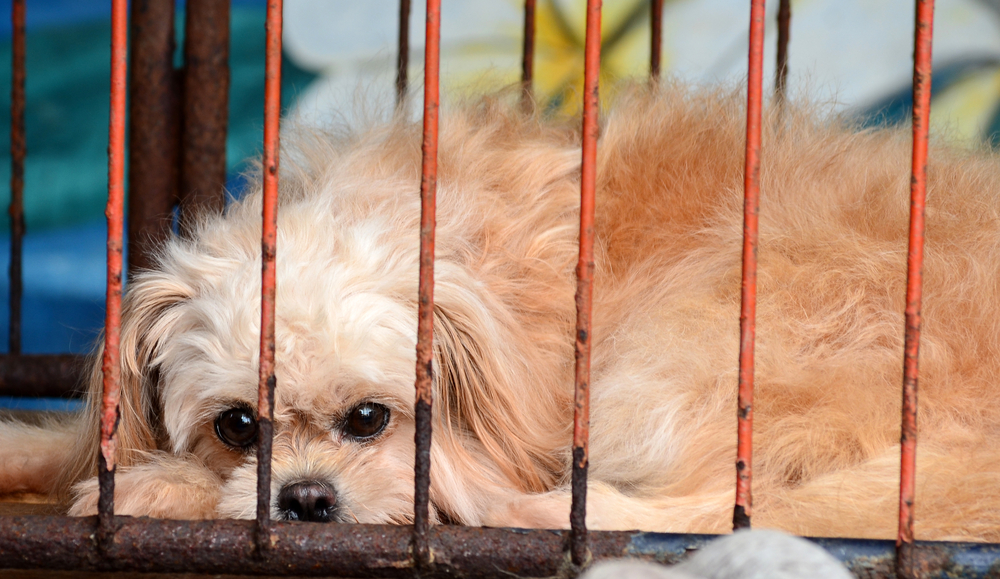 In puppy mills, puppies are mass-produced for profit as if they were some type of product and not a living being. Dogs are kept in wire cages where feces and urine fall through the cages stacked on top of each other contaminating their food and water. Dogs are bred repeatedly and forced to deliver and wean in a small “breeding box.” Weaning is also forced too soon causing emotional stress for the mother and the puppy. Illnesses are rampant in puppy mills, and the dogs face many sanitary health issues from their hair becoming too long and matted to their nails also being so long that it pains the dogs to stand. When the dogs are no longer of use, they are killed.

According to the American Pet Products Association, 68 percent of American households have at least one pet and these pets include 90 million dogs and 94 million cats. For those of us who do have pets and love them like the furry, four-legged family members they are, it’s hard to fathom an innocent dog coming from a terrible place like the puppy mills described above. But the truth is almost all dogs bought in pet stores come from puppy mills.

That is why One Green Planet, along with animal welfare and rescue organizations, advocate for adopting, not shopping. There are so many dogs in need of homes, including those who need to be rescued from the cruel puppy mill operations.

Despite the horrible conditions and cruel exploitation at these pet mills, only a few states have banned puppy mills. Puppies and kittens (because yes, there are also kitten mills) don’t deserve this horrible, inhumane treatment. We owe our furry companions much more than that. Sign this petition if you want puppy mills to be banned in all states! And make sure to contact your local state representative asking them to introduce a bill that will put an end to this cruelty in your state.