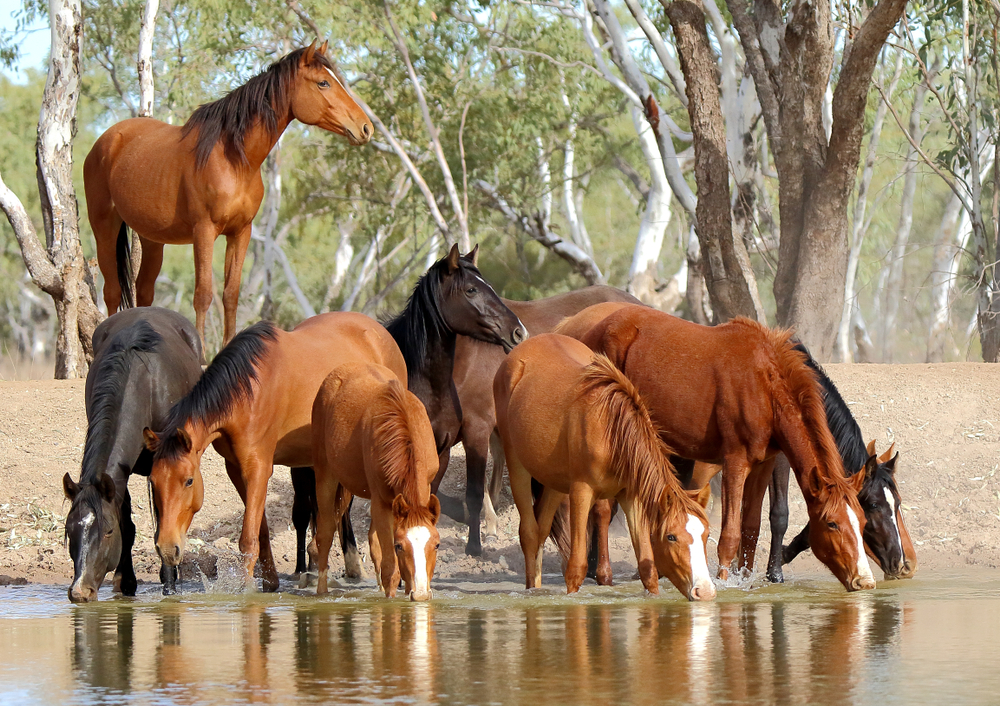 It was announced just three weeks ago that the Bureau of Land Management in the United States will remove 30,000 wild horses and burros from federal lands via cruel mass roundups. They’ll also perform dangerous and inhumane sterilization procedures on mares. Mountain goats in national parks have also been culled recently. Unfortunately, it turns out that a similar situation is taking place in Australia — thousands of wild horses and other animals like goats, deer, and pigs will be slaughtered starting this month.

Daily Mail reports: “Around 4000 wild brumbies [horses] will be killed or rehomed while pigs, goats and deer will be shot from helicopters.”

The NSW National Parks and Wildlife Service announced: “An aerial shooting program, targeting feral pigs, goats and deer has begun across the NPWS estate. Between 1700 and 2000 hours of shooting will be conducted in the first 12 months. This represents a five-fold increase in aerial shooting effort. Horse removal will start in June 2020 and continue throughout the year. The priority is to rehome horses. Those horses that cannot be rehomed will be euthanised in trap yards, or sent to a knackery.”

The goal is to help native wildlife recover after the bushfires. The same summer bushfires that decimated Australia’s wildlife and now they want to kill more animals. A humane alternative should be found!

To stand up for other animals under similar threats, sign these petitions too: