On March 21, the Mansfield Fire Department received an urgent call about a cat that was trapped at the bottom of a cistern on South Main Street. Usually constructed to collect and store rainwater, cisterns are built with waterproof linings and are usually made out of cement. This makes them extremely difficult to climb out of, especially if you are a cat that’s trapped in the bottom of one. 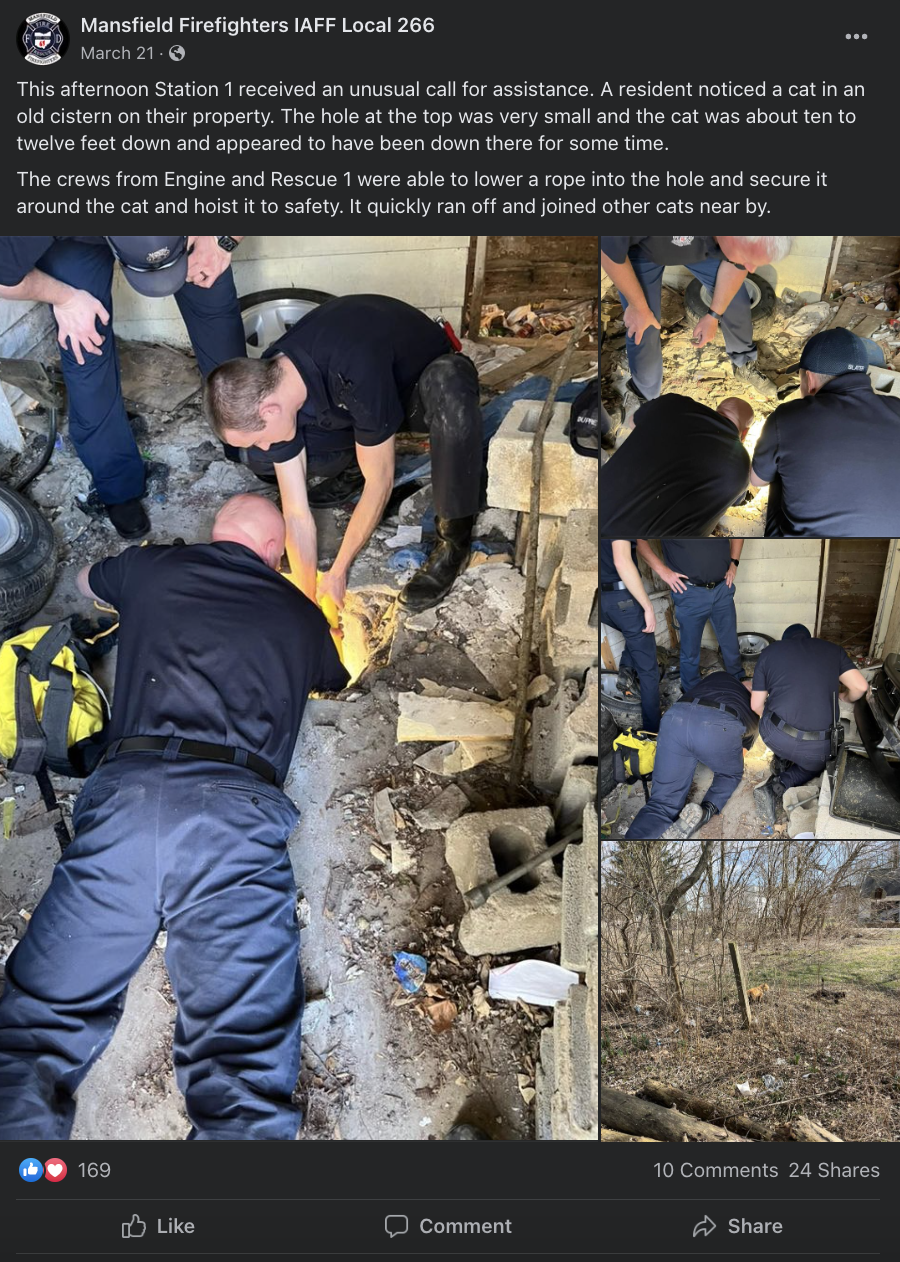 “It appeared the cat had been down there a few days by the way it was acting,” Boebel told Richland Source. “There was no water in the cistern, but there was mud at the bottom.”

It was clear that the fire team needed to act fast, as the poor cat was in desperate need of food and water, and it was unknown at the time if the cat needed medical attention. The fire team first tried lowering a ladder down the opening to see if the cat would let them help. However, after many failed attempts, the fire team had to come up with another plan.

Firefighter Zach Smith came up with the idea to attach a lasso to a rope and lowe it down into the opening of the cistern. After a lot of patience and many attempts, the fire team finally managed to capture the stranded cat and bring him to safety. 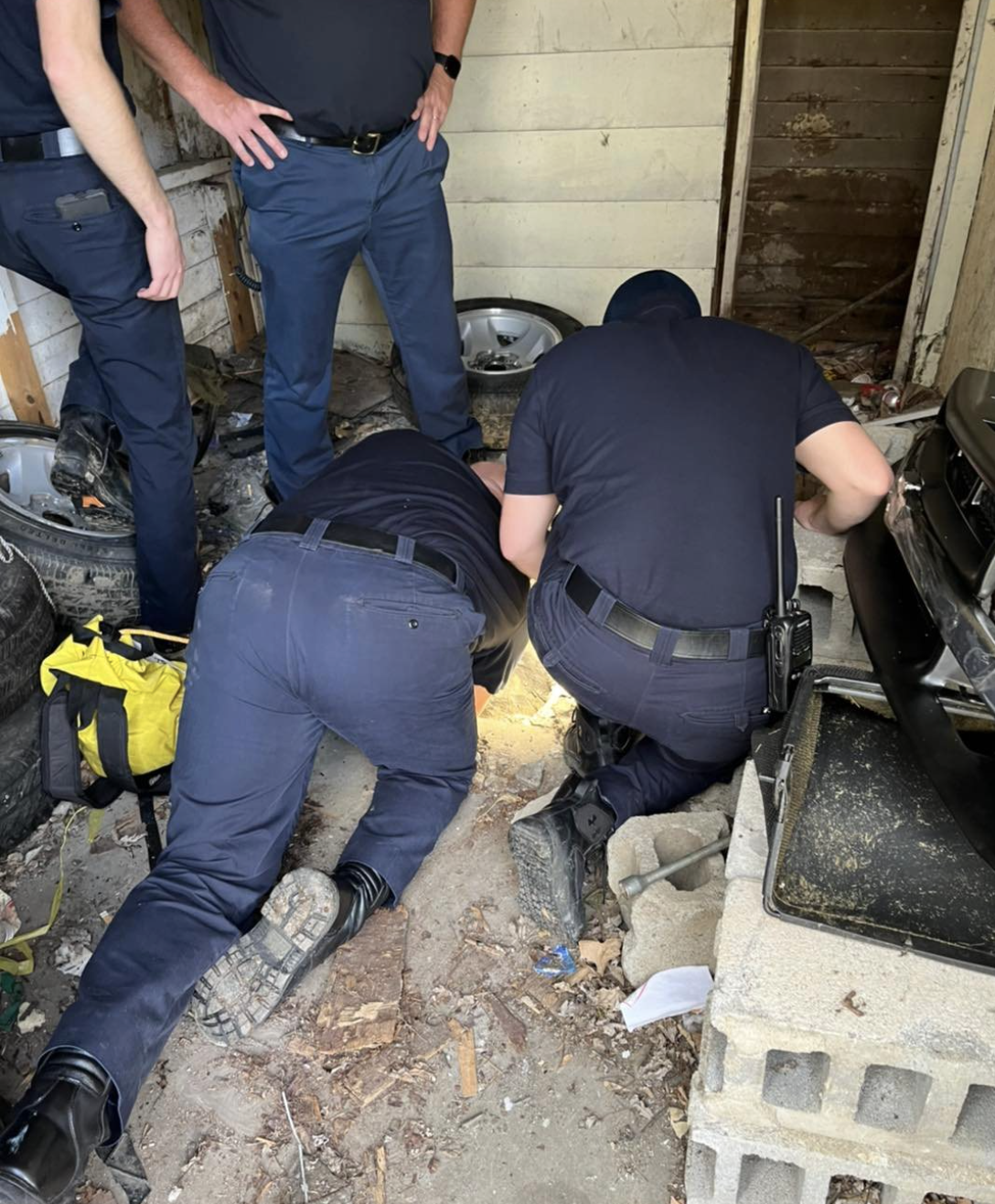 “Once we got it out, it didn’t want to have anything to do with us,” Boebel told Richland Source with a laugh.

As soon as the car was hoisted up and back on its feet, the scared cat ran for the exit, meeting up with one of his feline friends in a wooded area a short distance away before taking off together. 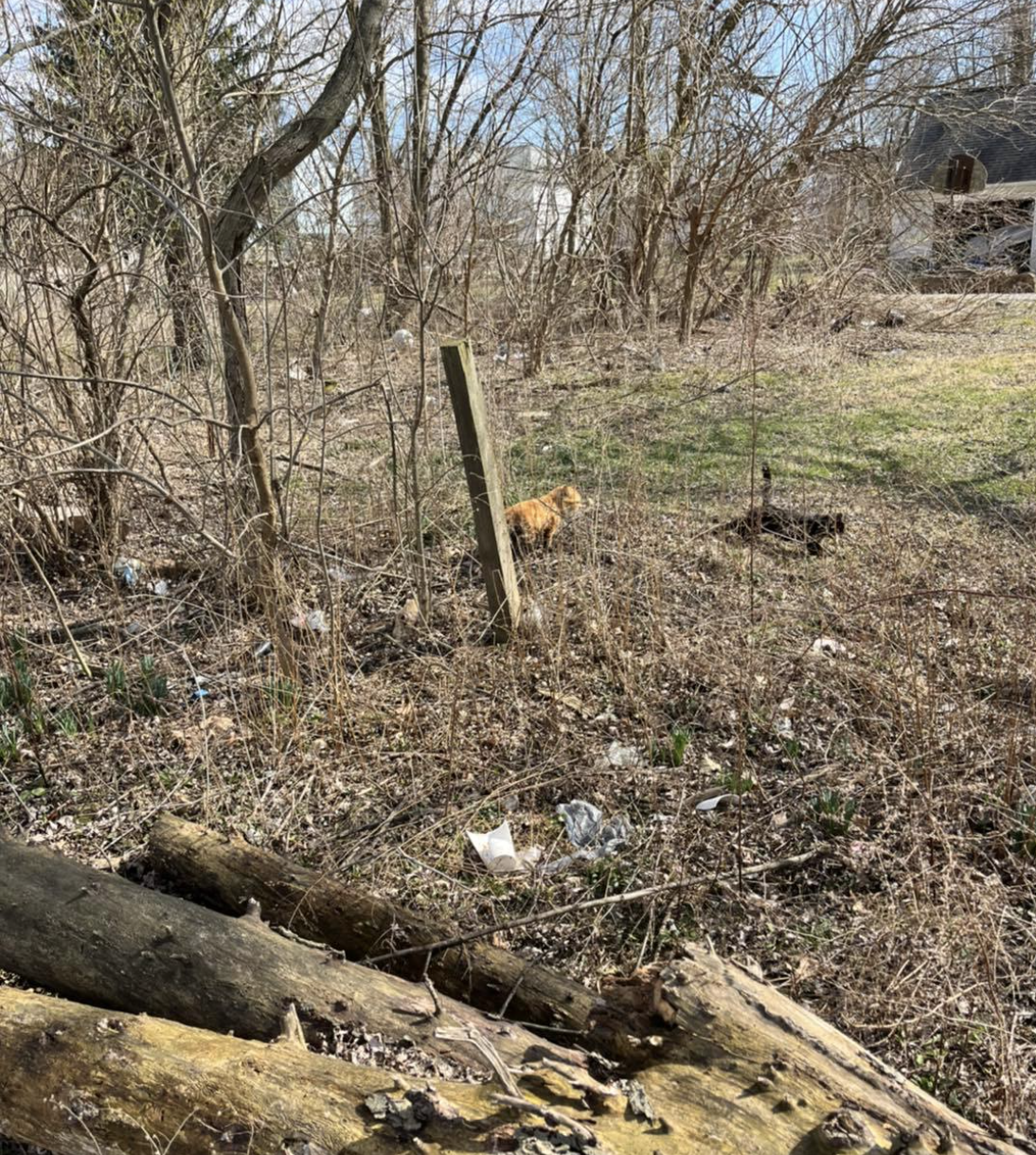 Boebel and his fire team contacted the property owner and told him to make sure the opening was resealed before any more curious animals or children found their way to the bottom of the cistern and were accidentally put in harm’s way.

Thanks to the painstakingly hard work of the Mansfield Fire Department, this lucky kitty was given a second chance at life!