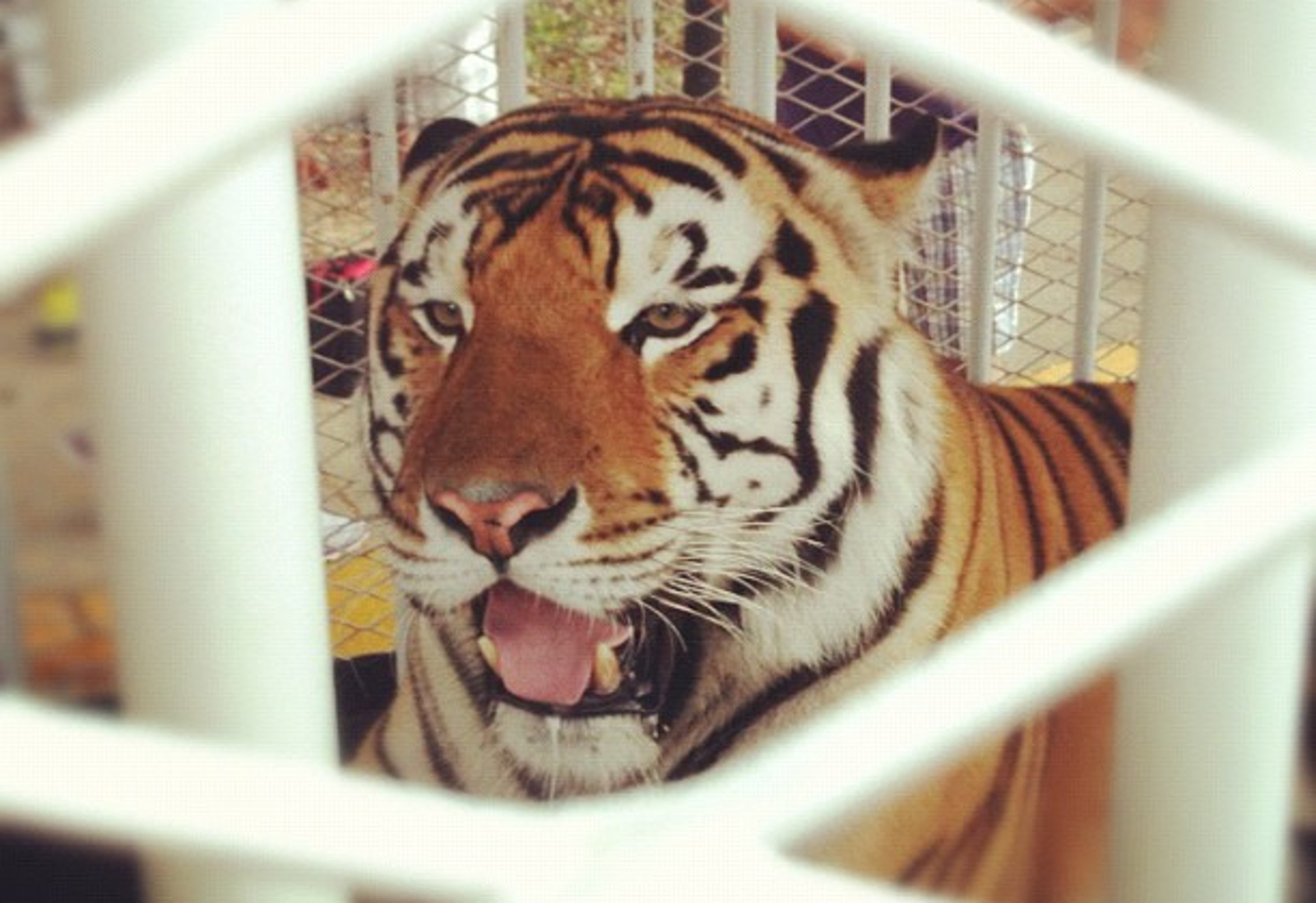 The college football season has started, and it’s a time I absolutely love. I grew up watching LSU, a born and raised Baton Rouge-r who bleeds purple and gold, graduated from my state school and read the sports page every morning before getting out of bed. Last week, we won our opener in a classic, nail-biting fourth quarter comeback, so I should be in the clouds. But, something keeps lingering with me.

Every year, I go through a gamut of emotions over our live mascot, Mike the Tiger. I remember, as a child, visiting the LSU campus and seeing him in a cage just outside the stadium. What a thrill it was. But, I’m not a child anymore. I know tigers don’t belong in Louisiana, they don’t belong on football fields, and Mike VI deserves better. I’m caught in crossfire, on the verge of boycotting my beloved team, trying to justify the situation and simply wanting to watch football as I always have.

An Abbreviated History of Mike

Mike is an institution. He’s been around since the 1930s, when the athletic director Mike Chambers got a quarter from each student to purchase a live tiger. Mike I lived for twenty years — a long time for a captive tiger — before dying of kidney issues. After that, the tradition continued with a resolution in the state legislature providing the funds to buy a new tiger. The new tiger was named Mike II.

But, that’s where controversy began. Mike II lived a very short life (either eight months or two years—there are a couple of stories) and had serious problems adjusting to life as a mascot. Since then, the other Mikes have served longer terms as LSU’s mascot, but there seems little doubt that the occupation must be stressful. Mike IV escaped when someone cut the chain to his enclosure, and he had to be subdued with tranquilizers.

In the last decade, LSU has done some things to improve the situation. Mike VI is a rescued cat, from Great Cats, a controversial (in its own right) non-profit sanctuary in Indiana. He has a new, state-of the-art enclosure with 15,000 square feet (compared to the previous 2,000) for him to roam. There are lots of plants and trees and a swimming stream with a waterfall.

“It is, in essence, one of the largest and finest Tiger habitats in the United States,” says the MiketheTiger.com website. 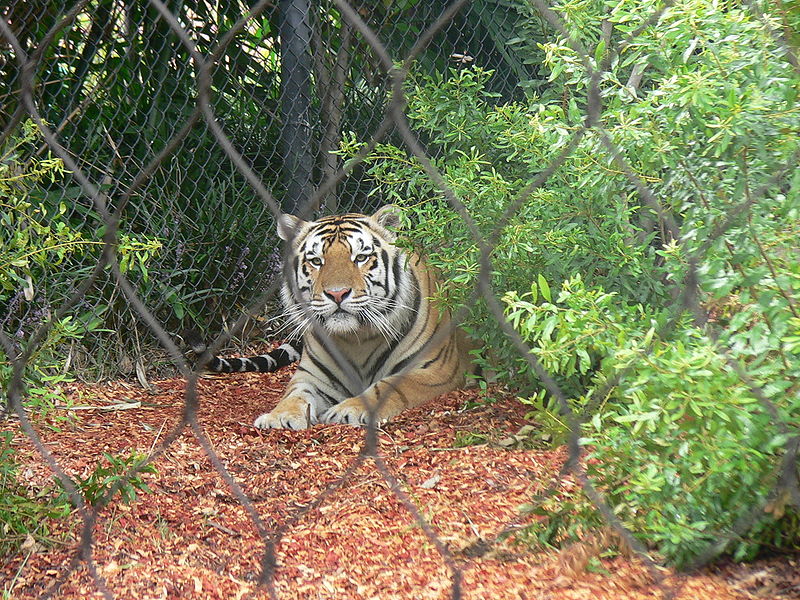 But, Something Else Has Got to Change

To further the improvements of Mike’s conditions, he is only taken to home games when he voluntarily gets into his mobile cage. The cage is left open, and if he doesn’t get in, he stays in his $4,000,000 enclosure. He’s cared for by top-notch vets and grad students from LSU’s veterinary school and his wellbeing is a priority. He’s no longer prompted to roar. He without a doubt is cared for, considered, and loved.

However, a new habitat and voluntary cage entry do not change the fact that Mike is a real tiger. One that has not chosen to be a mascot, but been chosen. One that does not belong in Tiger Stadium on Saturday nights, regardless of how he came to be in the cage. Tigers shouldn’t be carted around the field with cheerleaders atop the cage and fans screaming like crazy, or parked outside the visiting teams locker room for intimidation. Some traditions, no matter how infrequent or “voluntary”, need to change for good.

I am proud of LSU for taking meaningful measures to be better to Mike, for refusing to buy a tiger from private collectors and for changing outdated programs despite tradition. However, I’m not sure it’s enough.

Live Tigers (or Animals) Are Not Mascots

Lots of people still cry abuse, and in the aforementioned regard, I agree: Mike should never be on a football field. I can’t shake the fact that his enclosure requires a wire roof to protect him from objects unruly people might throw in. It isn’t fair to the animal. I acknowledge that Mike VI is not from the wild and could/should not “return” to it; nonetheless, that doesn’t make him a show toy, either.

If what LSU wants is to aid in conservation efforts and honor the school’s mascot, then wheeling a live, captive one out on game day isn’t a valid way to do that. We’re better off sticking with a human in a costume.

You can request that LSU retire Mike the Tiger by signing this petition.

Other Live Animal Mascots to Fight For:

With Mike, that’s ten, and there are many, many more. It’s time for sport to be sport and animals to be animals. Help Mike, and share ways to help others in the comment section below.