What We Need to Learn From the Death of Kasatka, the Orca Captive at SeaWorld

Kasatka, the mother of four, Grandmother of six and the Great Grandmother of two orcas, was seen in the award-winning documentary Blackfish, when she was separated from her calf, Takara. Heartbreakingly, Kasatka was about a year old when she was captured near Iceland on October 26th, 1978 and has been living in captivity ever since.

“We are deeply saddened by the passing of Kasatka at SeaWorld San Diego. Kasatka passed surrounded by those who loved her,” SeaWorld posted on their Facebook page. “We thank you, our fans and friends, for your outpouring of support during this difficult time. Kasatka will forever live in our hearts, and we know she will in yours, too.”

But what SeaWorld is purposefully leaving out from their announcement: before Kasatka became incurably sick and SeaWorld was forced to euthanize her, animal welfare advocates tried to tell SeaWorld only to be met with deaf ears.

On July 21st, just weeks before Kasatka’s death, Hargrove tweeted the below photo with an urgent plea for SeaWorld investors to wake up, “Investors in SeaWorld stock open your eyes and look at Kasatka. This controversy of what happens to orcas in captivity is here to stay.” 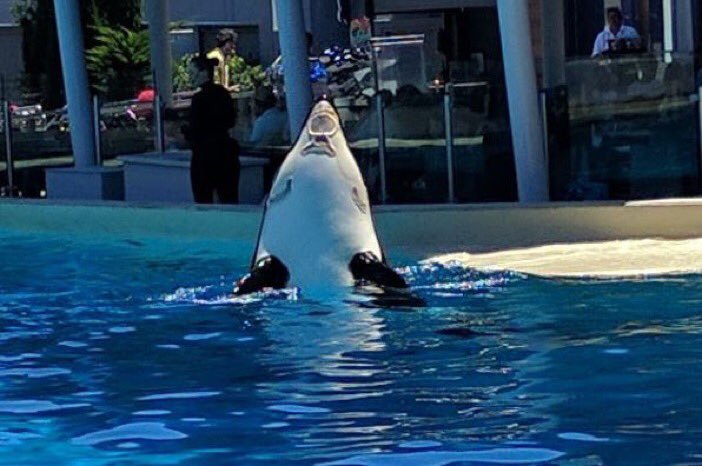 For weeks leading up to Kasatka’s death, animal lovers posted photos of her extremely wounded lower chin. SeaWorld’s response? She was healing. The below photo was taken in July, a month prior to Kasatka’s death. 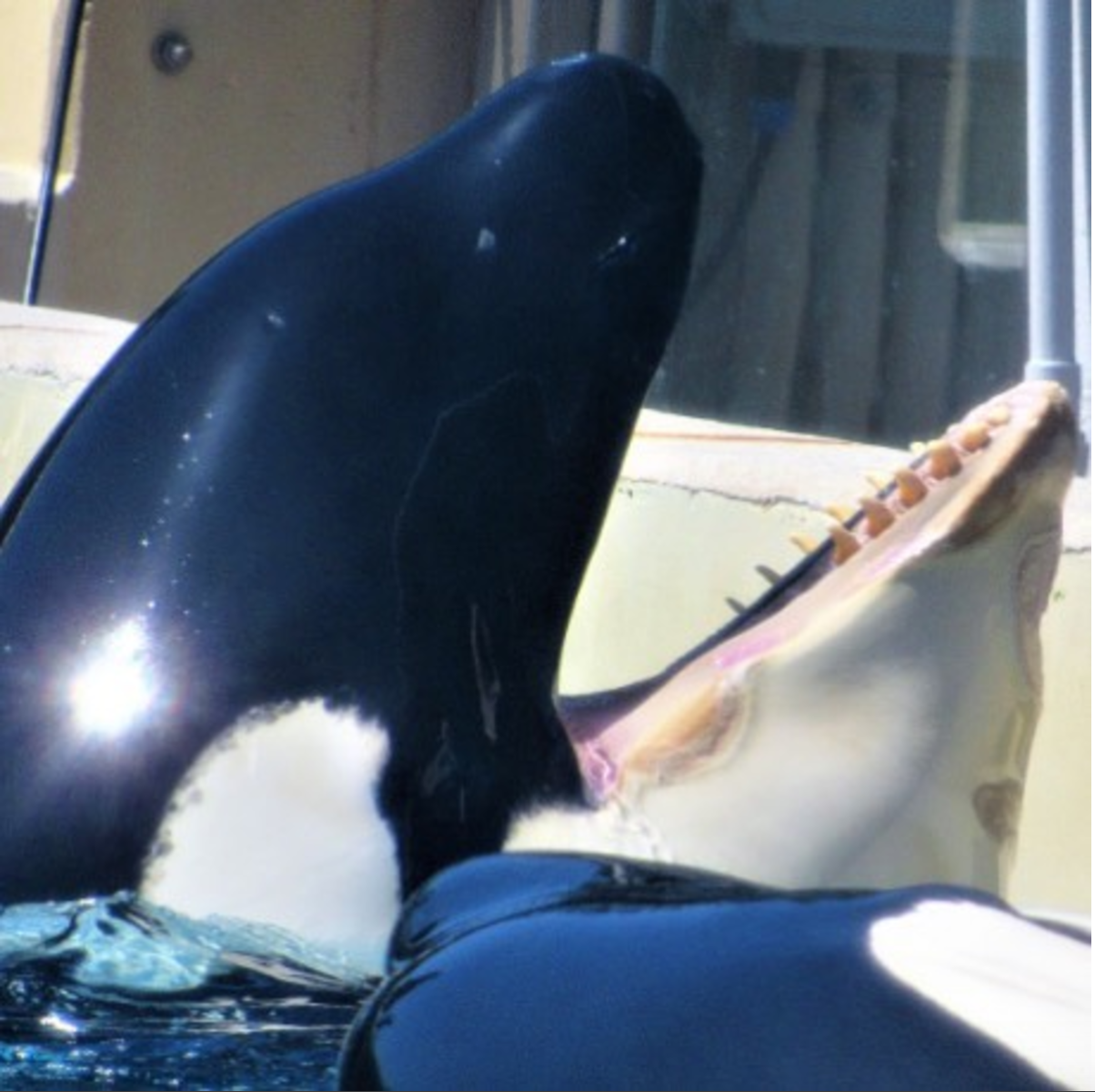 “Nobody knows more about caring for killer whales than the professionals at SeaWorld,” said Dan Ashe, president, and CEO of the Association of Zoos and Aquariums told the Times of San Diego in response to Kasatka’s death. Well, it certainly doesn’t seem that way… 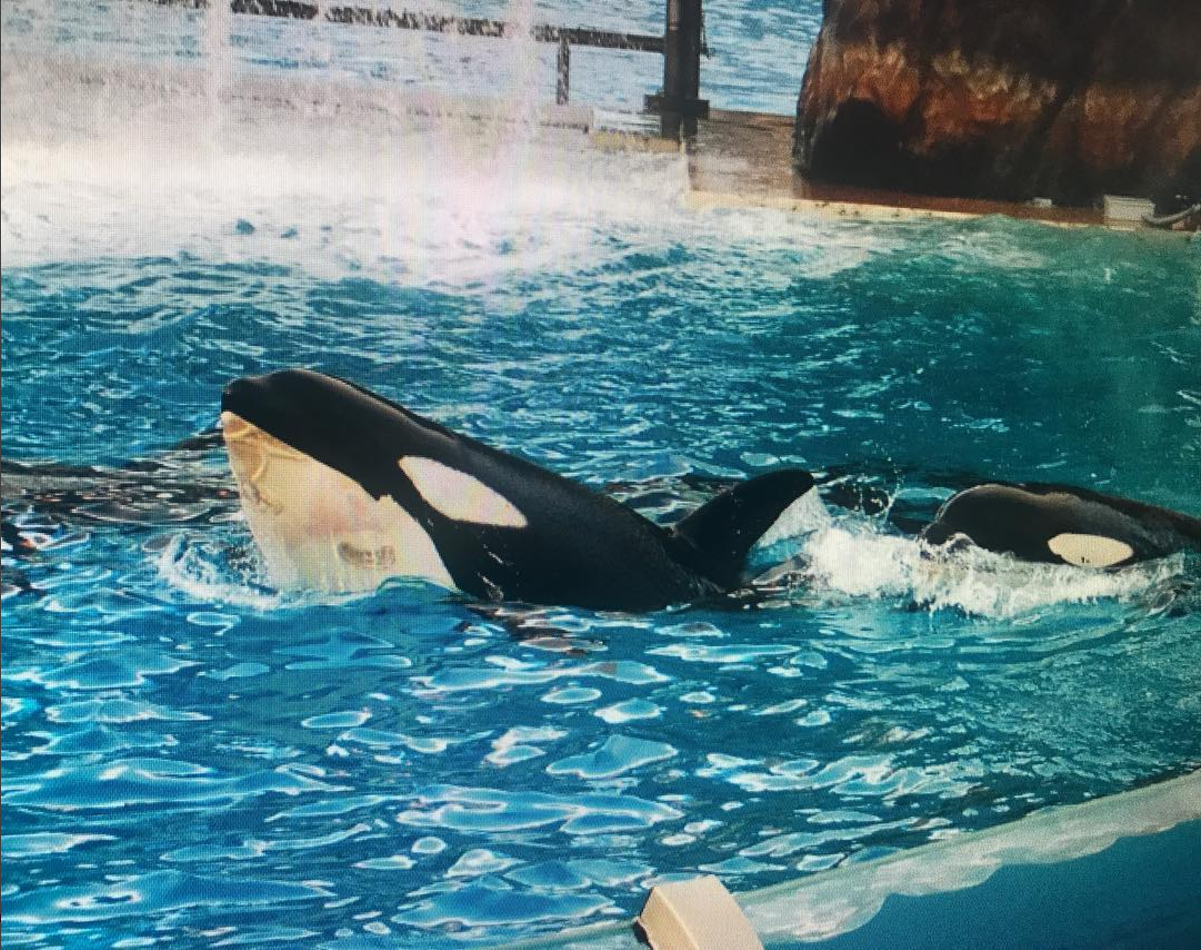 Kasatka was also seen in Blackfish when she dragged Ken Peters to the bottom of the pool and pinned him down there for an entire minute.

“The video sequence of her throttling Ken Peters, as seen in the ‘Blackfish’ movie, is the most shocking human–orca encounter ever seen, including with wild whales, in my opinion,” Dr. Jeffrey Ventre, a former SeaWorld trainer, told a SeaWorldofHurt.com. Kasatka’s attack on trainer Ken Peters in 1999 played a major role in the decision by federal administrative law judge Ken Welsch to rule in favor of trainers being protected by physical barriers when working with orcas.

For years, SeaWorld made lackluster attempts to defend its image, but the public simply isn’t buying it. Sales plummeted, protests grew, and investors pulled out. Headlines over the past several years haven’t helped the park either as every few months news has broken of another orca or marine animal death at its facilities, prompting ongoing criticism against the park.

At SeaWorld, at least nine orcas have died of pneumonia since 1971. Most notably, Tilikum, the orca made infamous by “Blackfish,” passed away, most likely from a bacterial lung infection. The male orca was involved in the death of trainer Dawn Brancheau in 2010 after Tilikum grabbed her ponytail and pulled her into the water. Three-month-old orca Kyara was euthanized in July of 2017, with SeaWorld citing pneumonia as the cause of death. A month prior to her death, SeaWorld announced the shocking and fantastic news that they would stop breeding captive orcas at all of their locations, making Kyara the very last orca new baby at the parks.

SeaWorld will be phasing out killer whale performances by 2019, due to public outrage and instead, the marine park will put on “natural orca encounters” But, simply put, SeaWorld is incapable of providing a natural, safe life to the animals in their care. What’s more, the only way to experience orcas naturally is when they are orcas are where they belong: the ocean, not a tiny, concrete tank. Marine mammals do not belong in aquariums – and Kasatka’s death is another piece of devastating evidence to this fact.

Facilities like SeaWorld are profit-driven businesses. The first thing you can do to help whales, dolphins and other captive marine animals in such enclosures is to not support or visit parks or businesses that hold these amazing creatures captive. If you want to take your activism further, you can join the Empty the Tanks Worldwide movement to join protests and help spread the world about the dark side of marine captivity. Keep up with the campaign’s Facebook page here.

With three orcas dying at SeaWorld is just one year, please urge SeaWorld to send the remaining orcas to a sanctuary by signing this petition. All animals deserve the chance to lead the natural life they were intended to, it is up to us to ensure this happens for orcas – and every other animal.