Is Science and Technology For or Against Cruelty-Free, Sustainable Living? 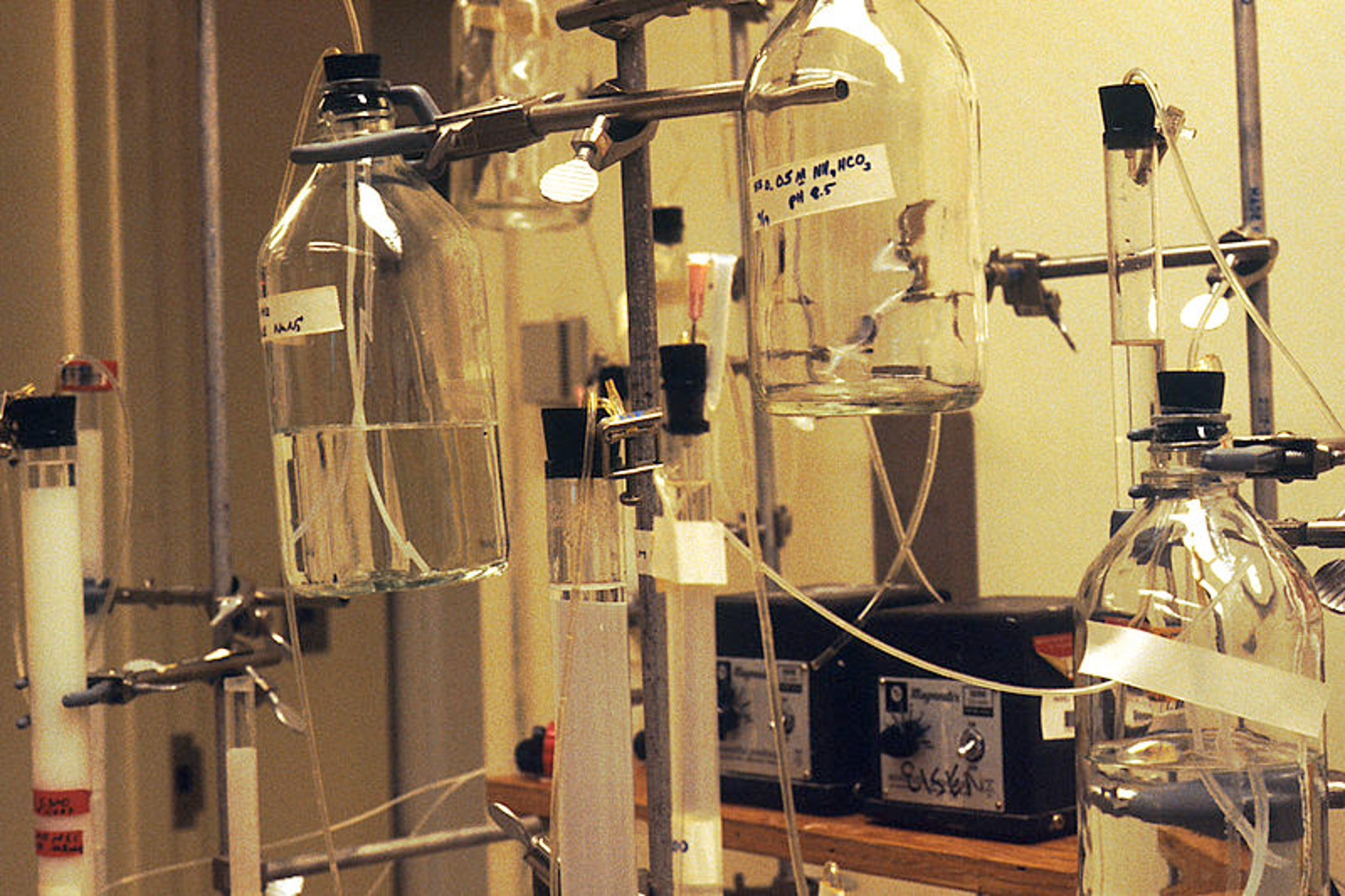 When looking up the connection between science, technology, and animal rights online, you’re more likely to receive a slew of personal articles detailing why animal rights activists simply don’t understand that sometimes suffering is necessary in order to advance the modern technology of our world. Many of these articles assume without fail that animal rights and ethics in general are opposed to anything scientific, and that vegans, vegetarians, animal rights activists, and environmentalists would all rather live in a world where the most technological tools we have are hemp rope and mud huts.

Maybe that’s true for some people, but it’s certainly not the rule: scientific advancement has time and time again been for the purpose of enriching the lives of individuals with safety, freedom, and good health. The scientific pursuit is not just one of an isolated mad scientist who wishes to push the limits of knowledge with no regard to who stands in his way. Human technology has, and I hope always will, been associated with a very humanitarian goal.

There are quite a few reasons to believe that science and ethical goals are not at odds, but able to work towards the same goal:

Putting Testing to The Test

One of the biggest reasons cited for why science and animal rights just don’t “get along” is the necessity of animal testing, specifically in areas such as medicine or cosmetics. These individuals claim that our continued exploitation of animals is the only way modern medicine and science at large has been able to thrive.

An article titled “A Critical Look at Animal Experimentation” by Murry J. Cohen, M.D. et al. spells this dilemma out clearly: “Proponents of vivisection … claim that it has played a crucial role in virtually all medical advances. However, several medical historians argue that key discoveries in such areas as heart disease, cancer, immunology, anesthesia, and psychiatry were in fact achieved through clinical research, observation of patients, and human autopsy. Human data have historically been interpreted in light of laboratory data derived from nonhuman animals. This has resulted in unfortunate medical consequences. For instance, by 1963 prospective and retrospective studies of human patients had already shown a strong correlation between cigarette smoking and lung cancer. In contrast, almost all experimental efforts to produce lung cancer in animals had failed.” This failure of animal models to accurately predict negative affects in humans had serious results: “health warnings were delayed for years, while thousands of people died of lung cancer.”

This is just one of many examples in which animal studies have failed to reliably predict human outcomes, as an estimated nine out of 10 drugs that appear promising in animal studies go on to fail in human clinical trials.

It’s becoming increasingly clear that the supposed benefits of animal testing aren’t really holding up against real-life examples, while millions of animals continue to die for the sake of our inability to foster real change in the scientific community. But slowly, change in our testing methods will emerge, such as the introduction of valid synthetic replacements for skin irritation tests (Reconstructed Human Epidermis) that are commonly required in cosmetics testing. These tests will not only produce results closer to what we expect to see in humans, but also leave behind the unethical treatment of animals who neither ask for, nor deserve, such cruelty.

The demand for meat has been increasing alongside the growth of the human population. But since meat, and other animal products, rank among some of the least sustainable methods of agriculture to date, this is no good news. As such, our increasing population has some changes that need to be made for a sustainable future – one neither hostile to humans, animals, or the only planet we currently have to house all of us.

As Bill Gates wrote on his official website concerning the “Future of Food,” “Food scientists are creating healthful plant-based alternatives that taste just like eggs, chicken, and other sources of protein. Companies like Beyond Meat and Hampton Creek Foods are experimenting with new ways to use heat and pressure to turn plants into foods that look and taste just like meat and eggs. I tasted Beyond Meat’s chicken alternative and was impressed. I couldn’t tell the difference between Beyond Meat and real chicken. Beyond Eggs, Hampton Creek Foods’ egg substitute, doesn’t contain the high cholesterol of real eggs. Even spices are getting re-made: a company called Nu-Tek Food Science has found a way to make potassium chloride taste just like salt, with only a fraction of the sodium.”

He also offers a Q&A with Michael Pollan on the issue, who says “we know that conventional meat production is one of the biggest drivers of climate change, as well as water and pollution; and ethics, since the animal factories that produce most of our meat and milk are brutal places where animals suffer needlessly”.

Food production is more than just a science in the sense of what reactions and compositions create our favorite flavor of cake or how we explain what makes food addictive. Food companies concerned with a more conscious future delve into the smallest details of how texture, taste, and even appearance can be replicated. Beyond Meat participated in cross-university collaboration for several years before coming up with a technological solution to a modern meat crisis.

Tech-savvy entrepreneurs, such as Biz Stone and Bill Gates, continue to invest in environmentally friendly, forward-thinking projects that re-invent the way we create and interact with agriculture.

Scientific inquiry is often used as a tool to improve the health of the human population. Long before our interest to build a better smartphone came along, the core of research has developed and been developed by the medical pursuit. The driving force of much research exists behind questions like: How do we live longer, happier lives? Will we know what causes certain diseases and illnesses, and can this knowledge help us prevent it?

Studies linking the dietary habits of human beings to not only our own health, but the health of the planet, attempt to answer these questions in ways that prove fruitful to us.

The task of putting this knowledge to use has fallen to great minds: Neal Barnard, Caldwell B. Esselstyn, T. Colin Campbell, Terry Mason, and Pam Popper detailed in Forks Over Knives: The Plant-Based Way to Health, that if “the average American meat eater were to reduce his or her intake of animal products to 25% of total calories, it would reduce his or her [carbon] footprint by approximately one ton. Adopting a purely plant-based diet would mean a two-ton reduction in carbon emissions.”

It turns out that the way we typically harm animals on a shockingly large scale also harms our planet. A complex understanding of how our ecosystems hang together shows us just how precariously they also hang in the balance of our “personal” choices.

Having recently attended a talk on responsible science in a democratic society presented by Dr. Heather Douglas, it got me thinking about how today’s scientific community is taking responsibility for recent negligible and even malign developments in food production.

While the importance of GMO foods is still considered controversial by most, there are currently 26 countries which aren’t letting this controversy get in the way of completely banning the production of Genetically Modified Organisms. Luckily, many within the scientific community are taking this as a queue to weigh in, and over 200 scientists have publicly disagreed with the support of GM foods: “Many researchers have predicted the negative environmental impacts stemming from GM production, proclaiming that crop and weed resistance problems will and currently will be a problem for farmers, while benefiting the GM seed production corporations.”

I think the scientifically literate online community is ready to begin accepting that science and technology are not the enemy of an ethical perspective, but rather its best ally. Advancements in the pursuit of scientific knowledge bring with it the possibility of easier ways to go green, go vegan, and lead a more humanitarian lifestyle. After all, some of the best utopian science-fiction literature and media depicts worlds in which animal and environmental exploitation is a thing of the past (Star Trek, anyone?)