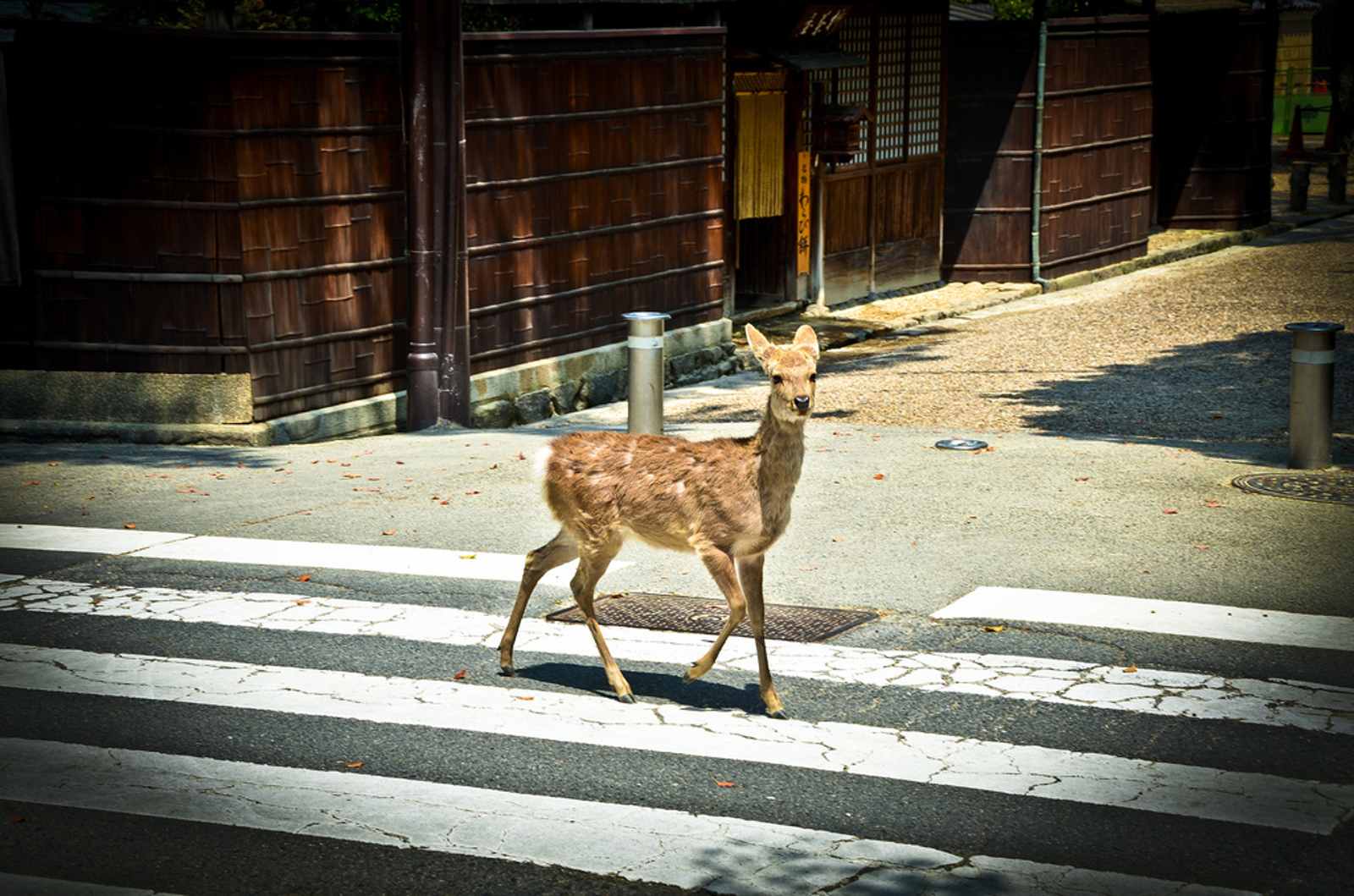 The word “pest” usually brings to mind a wide variety of things that annoy people, but surprisingly many people use this term to refer to animals.  Deer are often labeled as pests due to issues such as getting into gardens, running into the street and getting hit by cars, and carrying ticks with Lyme disease.  One of the most common ways states deal with these animals is by hunting them, citing overpopulation as the issue.

Surprisingly, the group responsible for labeling these creatures and others as pests is usually the state Departments of Fish and Wildlife.  Wisconsin and Kentucky’s departments have even bragged about the size of their deer harvest as well as the quality of their trophy deer.  Texas also uses hunting to manage its deer population.  Hardly sounds like the actions of people who should be protecting wildlife.  Unfortunately, hunting is being used as a “pest” control method around the country, despite the many alternative, humane options available.

An Example of “Pest” Control 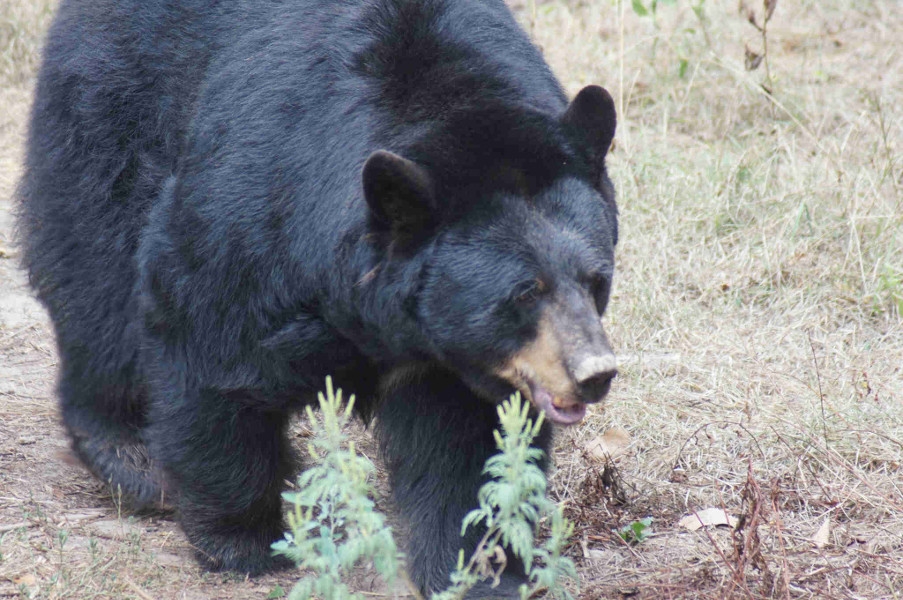 One of the most recent and shocking examples of so-called pest control is the legalization of black bear hunting in four regions of Florida.  The Florida Fish and Wildlife Conservation Commission decided to end a 21-year ban on bear hunting in the state, making it the 33rd state to legalize it.  The main problem that this hunt is supposed to solve is the nuisance of bears coming into neighborhoods and getting into garbage.  Seems like a rather extreme approach to protect garbage.

The ultimate goal of the hunt in October is the diminish the bears’ population by 20 percent, which is the equivalent of 320 bears.  There are many opponents to this decision who want to protect the over 3,000 bears in Florida.  At the five-hour public meeting about this issue, there were 89 speakers and most of them were opposed to the decision.  Unfortunately, their voices didn’t seem to matter.  The money from the hunting permits will go to public education as well as bear conservation, which is a little confusing for people who don’t view killing bears as a conservation method. 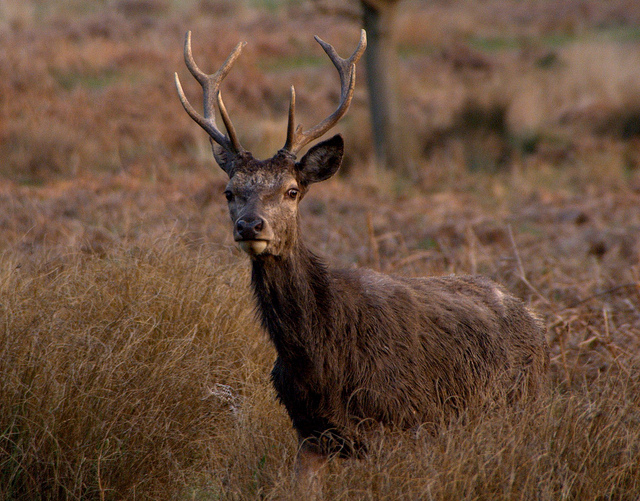 The controversy over the legalization of black bear hunting in Florida has brought the issue of hunting “pest” animals  into the spotlight once again. It is important to keep in mind the fact that state wildlife agencies are often partially funded through the sale of hunting and fishing licenses which provides some incentive for these agencies to approve organized culls. Contrary to their claims, though, managed hunting has not solved the problems of animal overpopulation.

There are many practical, non-lethal solutions aside from hunting that can solve the problems of animal populations in conflict with human populations.  Hunting these animals usually allows only the smaller, weaker animals to survive due to regulations on which animals can be killed and hunters’ desire for large trophy animals, so it stops natural population control from occurring. Since hunting clearly isn’t the answer, what is?

There are many options available depending on the problems occurring.  One is to use bear-resistant garbage cans and dumpsters.  It is nearly impossible to stop bears going after garbage, so the best approach is to prevent them from getting into it.  This non-lethal approach is good for everyone.  Another common complaint is deer on the road or in yards.  To stop collisions, the most effective method (including hunting) has been shown to be fences and wildlife crossings.  To prevent them from getting into yards, people should use fences, repellents, or plant things that don’t attract deer.

The Humane Society of the United States has become a leader in the use of immunocontraception for animal overpopulation, which is a fancy word for animal birth control.  This strategy has been effectively used for wild horses, elephants, coyotes, deer, geese, beavers, and other animals.
This contraception uses the animals’ immune response to stop pregnancy and, therefore, control the population. It is given either with an injection or a dart, which is the preferred method.  It lasts two years, and it has been tested on a wide variety of animal populations including white-tailed deer at Fire Island National Seashore, NY.  This strategy is an exciting advance in technology that will hopefully be a sign of future humane options to control populations since hunting is not only cruel but has been proven to be an ineffective method for population control.

While it is easy to label animals like deer or bears as pests because they make our lives a little more difficult, it is important to remember that these creatures play an important role in our collective ecosystem. Overpopulation and abundance of a certain species of animal is indicative of an imbalance that has been struck in the natural order. Too many deer might illustrate a lack of keystone predators such as wolves or mountain lions that prey on ungulates. Similarly, bears coming into human territory might occur because development is encroaching too close to the bear’s natural habitat. Hey, if you were a bear, would you forage through the woods for scraps when there were streets lined with edible scraps in designated bins?

Looking to cull animals is a rather short-sighted solution to animal overpopulations if the real source of the issue is not addressed. Humans tend to think that we are the center of the natural world, but we need to see how we all fit into the larger picture if we hope to really reduce the number of negative human-wildlife interactions that occur. Until then, the methods used to control animal populations do not have to be lethal, as these examples show, but rather ones that work to assimilate within the current ecosystem to minimize contact.