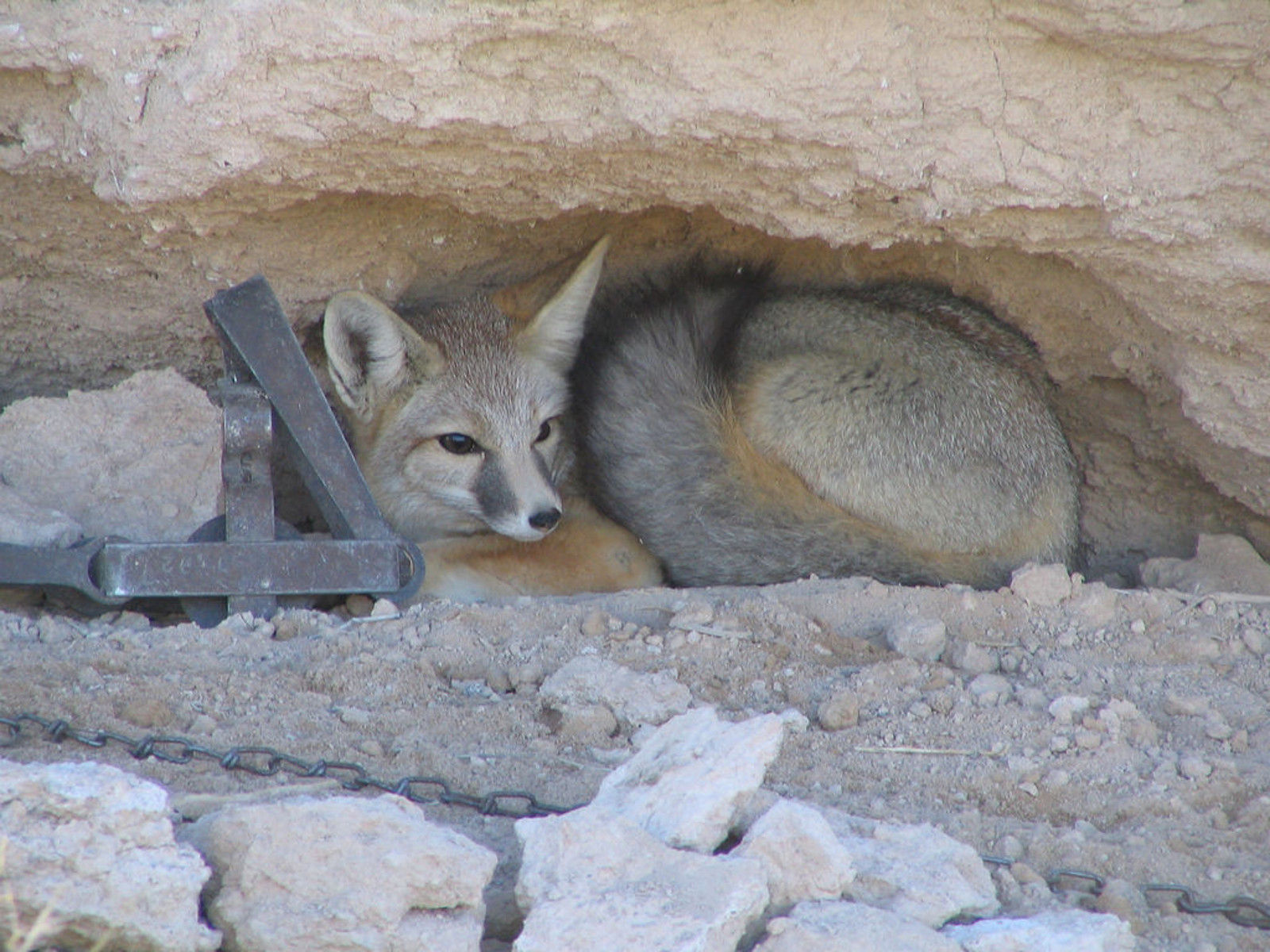 Predation is different from hunting in that animals hunting other animals do so only for food. Humans do so for recreation, trade, and sometimes for food. In Defense of Animals (IDA) says that since “state wildlife agencies are primarily funded by hunters and other wildlife killers, programs are in place to manipulate habitat and artificially bolster ‘game’ populations while ignoring ‘non-game’ species.”

While eating animals is one issue often discussed in reference to animal abuse, what animals endure in the hunting process can be similarly cruel, especially in the following five practices:

Foothold/leghold traps have been banned in 88 countries, according to The Coalition to Abolish the Fur Trade. “The trapped animal, in desperate attempts to escape, will rip her flesh, break bones, sever muscles and tendons, knock out teeth as she bites the trap, even chew off the trapped limb.” These traps essentially consist of two metal jaws which snap shut around an animal’s foot when it steps on a trigger in the center.

The only thing an animal can do after getting caught in one of these traps is to wait for the hunter to come back and finish the job, or for them to die of shock and or blood loss. Sometimes, these animals are even clubbed to death, and hunters may not come back to check on the trap for two to three days.

Snares can be some of the most horrible traps to get caught in. They are made up of a wire noose and when an animal enters the loop, the snare tightens. The more the animal tries to pull away, the tighter the snare gets. Footloose Montana has an extensive list on their page of traps set for furbearers and wolves in which various other species of animals were caught in and suffered severe injuries; mostly eagles and dogs.

League Against Cruel Sports says that “Legal snares (known as free-running snares) are not intended to kill immediately, so animals can be trapped and left suffering for hours, even days, before whoever set the trap returns to put them out of their misery,” and “the Independent Working Group on Snares 2005 report estimated that 21-69% of victims were non-target species and concluded it was difficult to reduce it to less than 40%.” Luckily, snares are illegal in most of Europe.

These traps are used to trap animals such as muskrat and beavers in shallow water or on land.  When they try to swim away to deeper water, they drown. They are designed to kill animals quickly by closing on the neck of the animals when it is in the correct position, often fracturing the spinal column and cutting off blood circulation to the brain. The animal then loses consciousness and dies. The ASPCA “is against the use of leg-hold or body gripping traps to capture wild animals because of the pain and distress that they cause.” Born Free says that “because it is impossible to control the size, species and direction of the animal entering the trap, most animals do not die quickly in the trap, instead enduring prolonged suffering.”

Trophy hunting might just be the worst form of hunting, in which animals are killed purely for sport. Some places across the globe even offer vacation destinations where one can pay a little extra to go on safari and then shoot an animal of their choice. Last Chance for Animals says that, “captive animals are shot or struck by hunters who typically wound the animals many times in the body so as not to spoil the ‘trophy’ head of their kill. As a result, the animals die slow, painful deaths.” Trophy hunting also has far-reaching effects on the overall health of a species as apex predators are often the main targets, which can leave family groups destabilized, making it more difficult for them to survive and carry on diversified genes to sustain future populations.