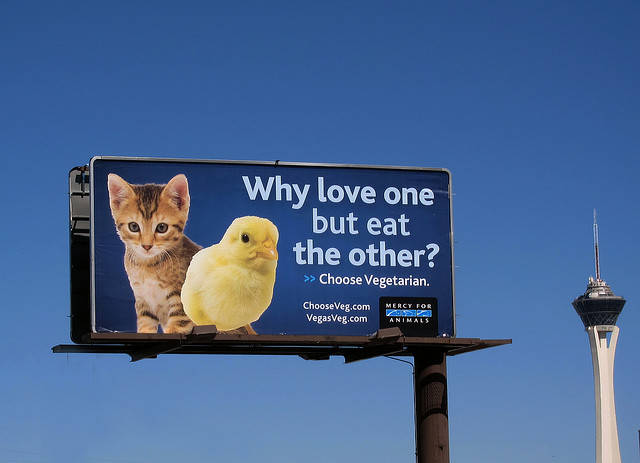 Mercy for Animals is a group at the forefront of for animal rights activism, embracing media to educate consumers about the industry they are supporting when purchasing meat from factory farms. With their undercover investigative footage they have effectively embraced mainstream media coverage of the issue through their rescue work, advertising campaigns and grassroots activism. Nathan Runkle, their executive director, spoke to us more about the work they are doing and being part of the upcoming NYC Vegetarian Food Festival.

JH: You started Mercy For Animals (MFA) in 1999, when you were 15. What was your focus when you got started and how has your organization and its focus expanded over the years?

NR: Mercy For Animals was founded in a small, rural Ohio town with the focus to be a local voice for animal protection issues. Over the years, we have sharpened our focus to exclusively farmed animals – by far the largest area of animal exploitation and cruelty in the United States. In fact, over 99% of animals killed in our country are in food production. And yet, these animals typically have the least legal protection and fewest advocates. Since our inception in 1999, MFA has expanded into a national organization with offices in five states – Ohio, Texas, Illinois, California, and New York – as well as campaigns, investigations, and advertisements that have a national, or international, reach. We have also diversified our approach to campaigning on behalf of farmed animals into four main areas of focus – education, cruelty investigations, corporate outreach, and legal advocacy. 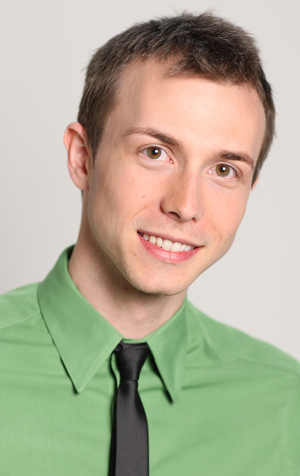 JH: MFA is well known for the undercover investigative work they do which sheds light on the horrendous conditions in factory farming. Clearly, many people don’t want to know the truth about these conditions in which millions of animals are living and dying. What do you think is the best way to present the material to someone who may be completely unfamiliar with factory farming practices?

NR: Our investigators serve as the eyes and ears for the public, who are largely kept in the dark about the harsh conditions animals suffer in our nation’s factory farms, hatcheries, and slaughterhouses. They do the backbreaking and stomach turning work few of us could even imagine. Because of their selfless efforts we have been able to not only expose the egregious cruelty that goes into the production of meat, dairy, and eggs, we’ve successfully held individuals and corporations criminally accountable for animal abuse and neglect. Further, our investigative efforts have helped propel major corporations into adopting new animal welfare practices and led to new state laws protecting farmed animals.

I believe undercover videos are perhaps the most powerful tool our movement holds in our efforts to open hearts and minds to the plight of farmed animals. Mercy For Animals has produced a 12-minute documentary titled Farm to Fridge, which gives viewers a rarely seen look at how cows, pigs, chickens, turkeys, and fish are raised and killed on industrial farms and in slaughterhouses. The film has been viewed over 4 million times in the last year and has moved countless people towards a vegan diet. I think all animal advocates should work to share this important video with as many people as possible. The video is available here, and simply by sharing it on Facebook, you can raise important awareness among friends, family members, and other individuals in your trusted social circle.

JH: If you were forced to choose between spending MFA’s time and resources to either improve the conditions of farm animals or educate people about the benefits of choosing plant-based foods, which one would you pick and why?

NR: Thankfully that’s not a choice we have to make. I think that both are crucial in our goal to prevent cruelty, inspire compassion, and spare lives. All social justice movements have utilized a variety of tools and tactics to achieve their goal and move society forward.

JH: As you probably know, last year the first NYC Vegetarian Food Festival (NYCVFF) drew such a huge crowd that there was a line around the block; I see MFA will be attending the 2012 NYCVFF. What are your thoughts on doing animal rights outreach at veg food festivals?

NR: The success of the NYC Vegetarian Food Festival, and the dozens of similar events sprouting up all over the nation, is true testament to the growing interest and excitement surrounding plant-based eating. These events attract a diverse group of individuals, from longtime, hardcore vegans to die-hard meat-eaters reluctantly dragged along to the festivities by friends and family. While some of those in the crowd understand the details of factory farming and animal rights, many do not. MFA’s outreach at such events is aimed at informing and inspiring attendees to explore veganism, and for those who are already vegan, to put their compassion into action by becoming involved in farmed animal protection advocacy efforts.

Additionally, once many “flexitarians” see first hand how farmed animals are crammed into tiny cages where they can’t even turn around, mutilated without painkillers, separated from their families, and mercilessly slaughtered, they pledge to shun meat, dairy, and eggs for good. Further, many new vegetarians find the information so compelling and eye-opening they have a renewed and deeper commitment to a cruelty-free diet.

JH: Can you tell us a little bit about upcoming vegan outreach and education projects and events MFA is working on across the country and how our readers can get involved?

NR: We always have a lot going at MFA. Last year we conducted over 1,500 vegan advocacy events – including lectures at schools, leafleting events, video screenings, and educational exhibits. In 2012 MFA will continue to expand our grassroots efforts and will also be carrying out more national tours and campaigns. Readers can find out how to get involved – whether it is simply attending local MFA events, interning, volunteering, or making a donation – by visiting our website.