Victory! World’s Cruelest Dolphin Circus in Indonesia Has Shut Down 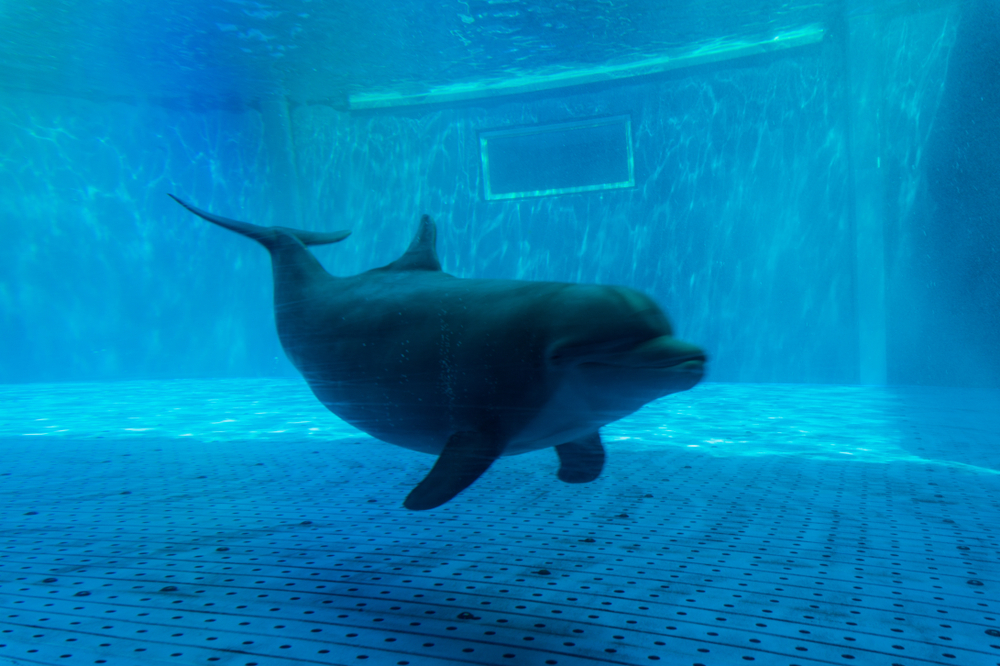 Animal activists have been protesting and fighting to shut down the world’s cruelest dolphin show for a long time. Indonesia’s traveling circus has been around since 2009 and since then there have been petitions, protests, meetings, government lobbies and more aiming to put an end to the cruelty. Finally, the cruel circus has been shut down in a huge victory for the dolphins and other animals exploited in the circus. As of February 5th, they no longer have a permit since the Ministry of Environment and Forestry chose not to renew their permits.

Cara Sands of the Dolphin Project explains what the terrible conditions were like for the dolphins: “Dolphin Project’s Indonesian team documented their travels and obtained footage of dolphins spending up to three days in coffin-like boxes, trucked through Sumatra, Kalimantan, Sulawesi and Java.

The mammals were forced to perform in small, highly-chlorinated pools, the added chemicals so strong they burn the patrons’ eyes, let alone the dolphins swimming in them. Five times each day the dolphins performed to the amusement of the public, being fed only small pieces of fish during showtime to keep them hungry and willing to entertain. From jumping through hoops, to “dancing” to high-volume music, these routines are repeated over and over.”

That is no way for such an intelligent mammal to live. No animal should suffer that way. It is great news and a big step toward progress that these animals will no longer suffer in the traveling circus, but there is still more progress to be made.

According to the Dolphin Project, “Wersut Seguni Indonesia is still able to continue with dolphin performances at their permanent facility in Central Java,” and “between 20-30 dolphins are being held in captivity.” As they fought for the dolphins in the traveling circus, they will continue to monitor the situation and do everything they can.

You can help them by donating and you can support their Bali dolphin sanctuary!

Sign this petition pledging not to go to any cruel dolphin shows!