Hybrid Cats Might be Beautiful, But Here’s Why They Make Terrible Pets 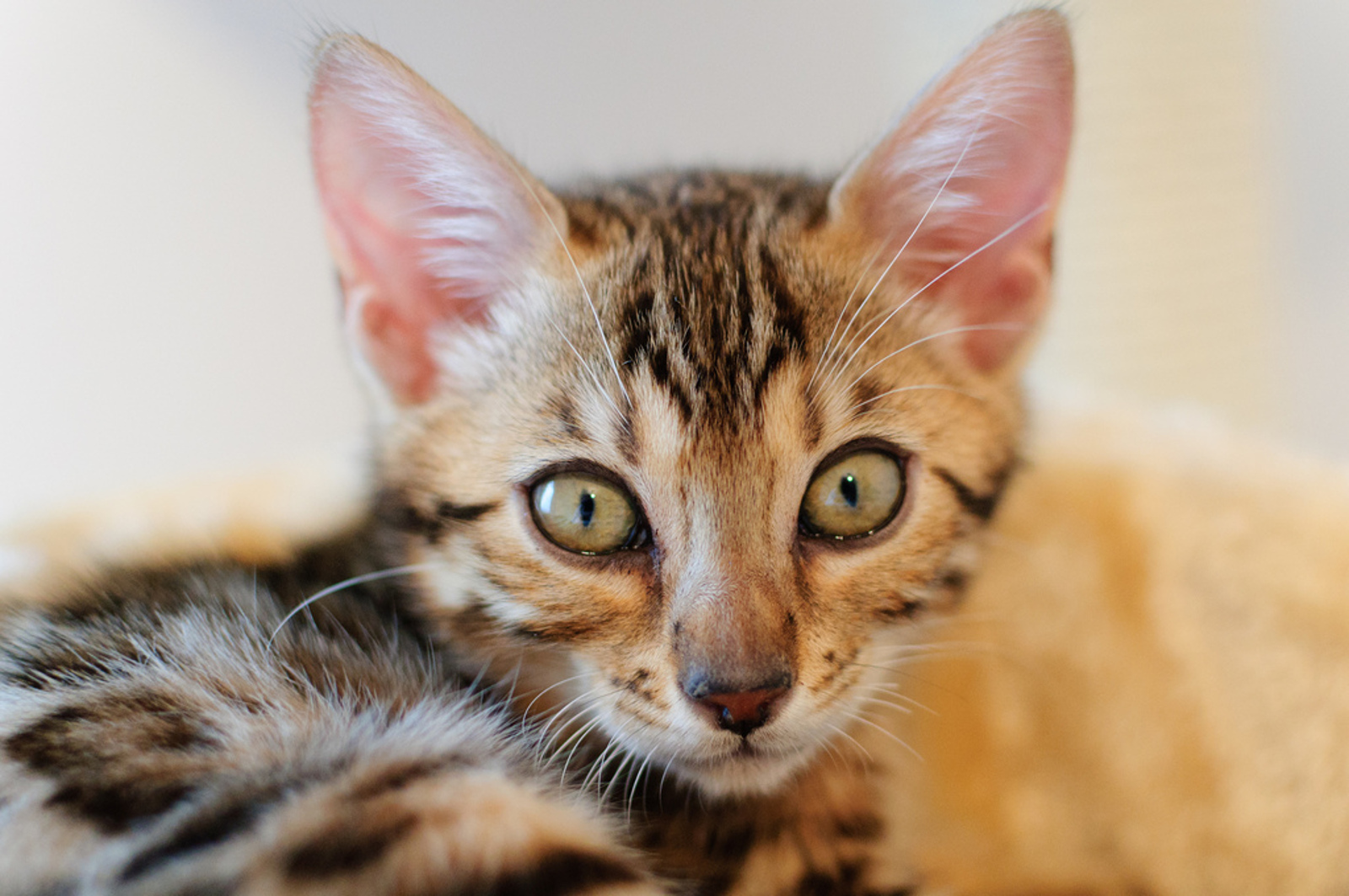 We love big cats, small cats, wild cats, tame cats, friendly cats, fierce cats – and yes, hybrid cats.  It is because we love all cats, for who they are, that we fight so hard to protect them.  Hybrid breeders will tell you that we seek legislation that will take your hybrids from you and that is a lie.  We do not support laws that displace existing cats from where they are, except in extreme cases of abuse and neglect.  We support bans on breeding and private ownership of wild cats and hybrid cats, but always make sure there are “grand-father” clauses that allow people to keep the wild cats or hybrid cats they have; they just won’t be allowed to buy, breed or sell more.

The hate and fear mongers will tell you anything to try and have you protect their “right” to breed, sell and exploit wild cats.  If you really want the whole truth, keep reading.

Allowing the private possession of exotic cat hybrids is like strapping a nuclear warhead to the feral cat problem.

I’ve had more than 30 years experience with wild cats and am the founder and CEO of Big Cat Rescue, the world’s largest accredited sanctuary that is dedicated entirely to exotic cats. We rescue and provide a permanent home to non-domestic cats, and almost never even consider rescuing hybrid cats because that problem is too vast.

This is a serious and growing problem in America for a number of reasons: 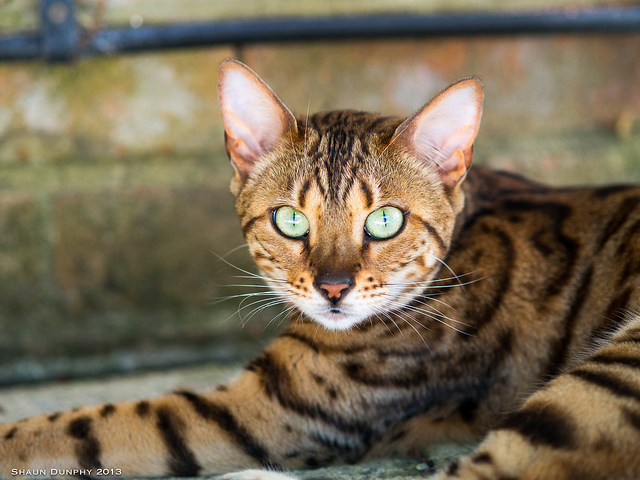 1. Laws are Difficult to Enforce

Current laws, where they exist, are impossible to enforce because they often include language that states what percentage of wild blood is allowed, or what generation of breeding from the wild is allowed, or some other vagary that depends on the honesty of the person selling a cat that is derived from great misery to the animals. It is actually much easier to breed Servals, Leopard Cats, Jungle Cats and other truly wild species of cat than hybrids, so these animals have been sold and misrepresented as hybrids to evade prohibitions on wildcat ownership. Over the years, I have been asked by law enforcement on several occasions to identify cats that were thusly mislabeled. The only way to enforce a ban on exotic cats and hybrids is to include language that includes all look-a-like crosses. By the fourth generation away from a wild parent, the vast majority of cats lose that wild “look.” If it looks wild, it probably is.

2. Hybrids Can Escape and Pose a Threat to the  Local Community

Despite the fact that we do not have space for all of the hybrid cat requests that we get for placement, we have had to rescue a number of them because we are registered with the state as wildlife rehabbers, in addition to being licensed as a sanctuary. If someone thinks they have a Florida Panther trapped in their garage, I am the one who gets the call to go do something about it.

When someone reports that a bobcat has killed their domestic cat, dog or livestock, I am the one who goes to check it out.

When someone traps a “panther” because it’s been lurking around their house and stalking their children, I get the call. One such call was that of a “Florida Panther” stalking a little old lady. This call and most of these calls turn out to be hybrid cats.

Animal Control and local Humane Societies know that hybrid cats almost never work out as pets. The liability is just too great so in most cases they are euthanized with no attempt to adopt them out. When I end up in the field, rescuing some terrorized family from a hybrid cat, I know that I either have to build it a cage or it will be killed. Because of that, I’ve had a number of hybrid cats and can attest to the fact that they:

These hybrid cats not only compete with other natural predators but may even cross breed with bobcats and eventually cougars over time, thus causing even more damage to existing native species.

There are so many reasons why private ownership of exotic cats and their hybrids should be banned, and yet only one reason to allow it – ie: ill-gotten gain.

The Best Choice for Cats and People Alike 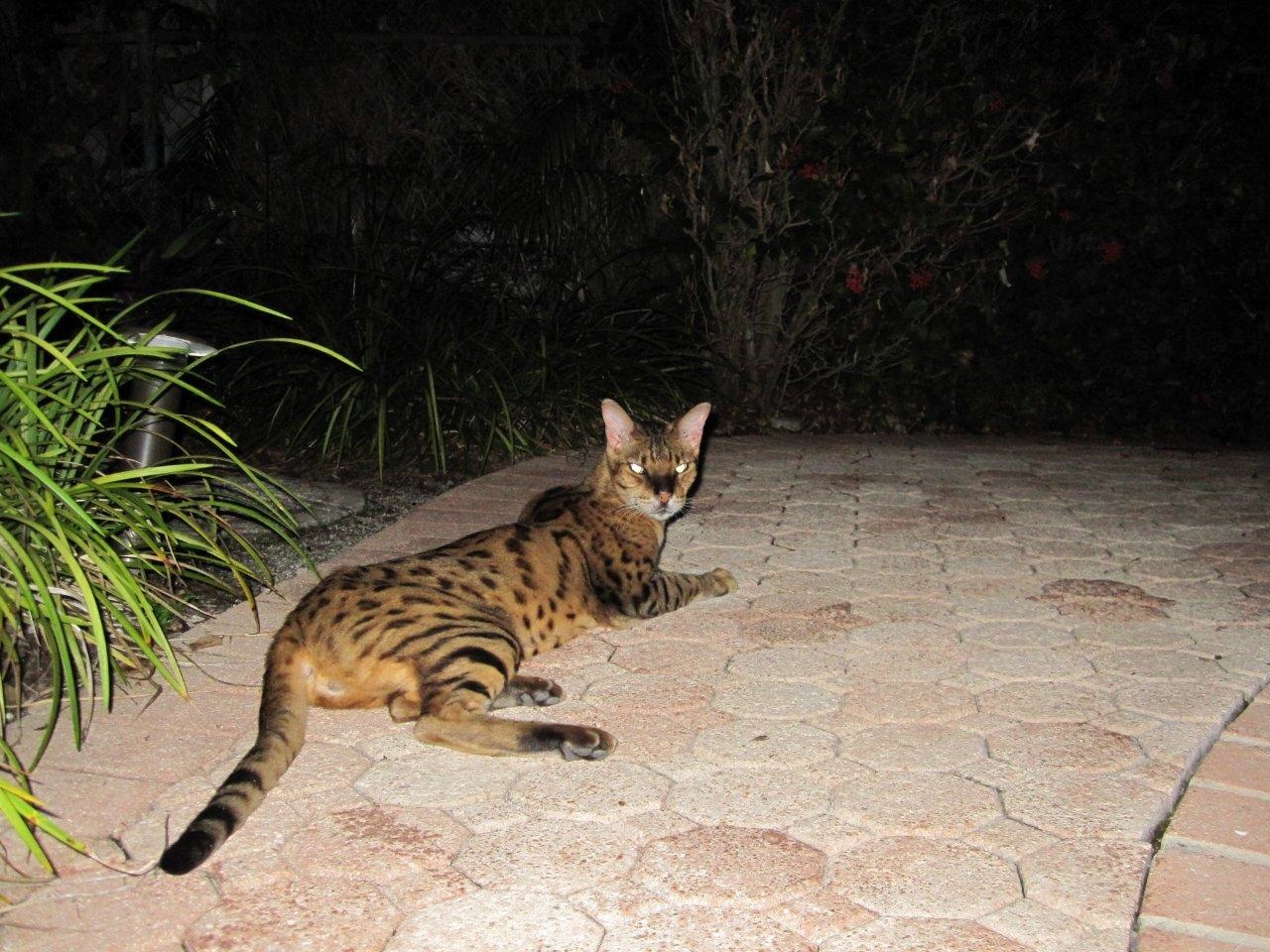 In a nutshell, it is an irresponsible thing to do and there is no redeeming reason to cross breed these cats nor to support those who do by buying one. It almost never works out for the individual cat and in the rare case that it does, the number of animals that had to suffer in order for this one rare cat to exist is staggering.

I get hate mail from hybrid breeders every time I say anything about the fact that many times domestic cats are killed by the wild cats in the mating process, or that the conditions the breeding cats are often kept in is deplorable, or the physical ailments that many of these neurotic offspring suffer from, or the fact that millions of animals are being killed in shelters every year while people are still supporting the breeders. So many breeders claim that they only breed 4th and 5th generations, but don’t seem to get the fact that you can’t get a 4th generation without a lot of suffering in the first three.

By the time a person breeds enough cats to get to the fourth generation, they have created approximately 50 cats who will end up being slaughtered for coats or killed because of their behavior problems. I stand amazed at the number of people who just don’t get this and how they manage to pretend that they are not the cause of the suffering if they purchase a fourth generation cat. The cats can’t speak for themselves, though, so the daily hate mail is just the price of speaking the truth for them.

Please consider all of the suffering that you can eliminate by not succumbing to the urge to own something wild. Your sacrifice can make the world a better place. Visit CatLaws.com and take action now!