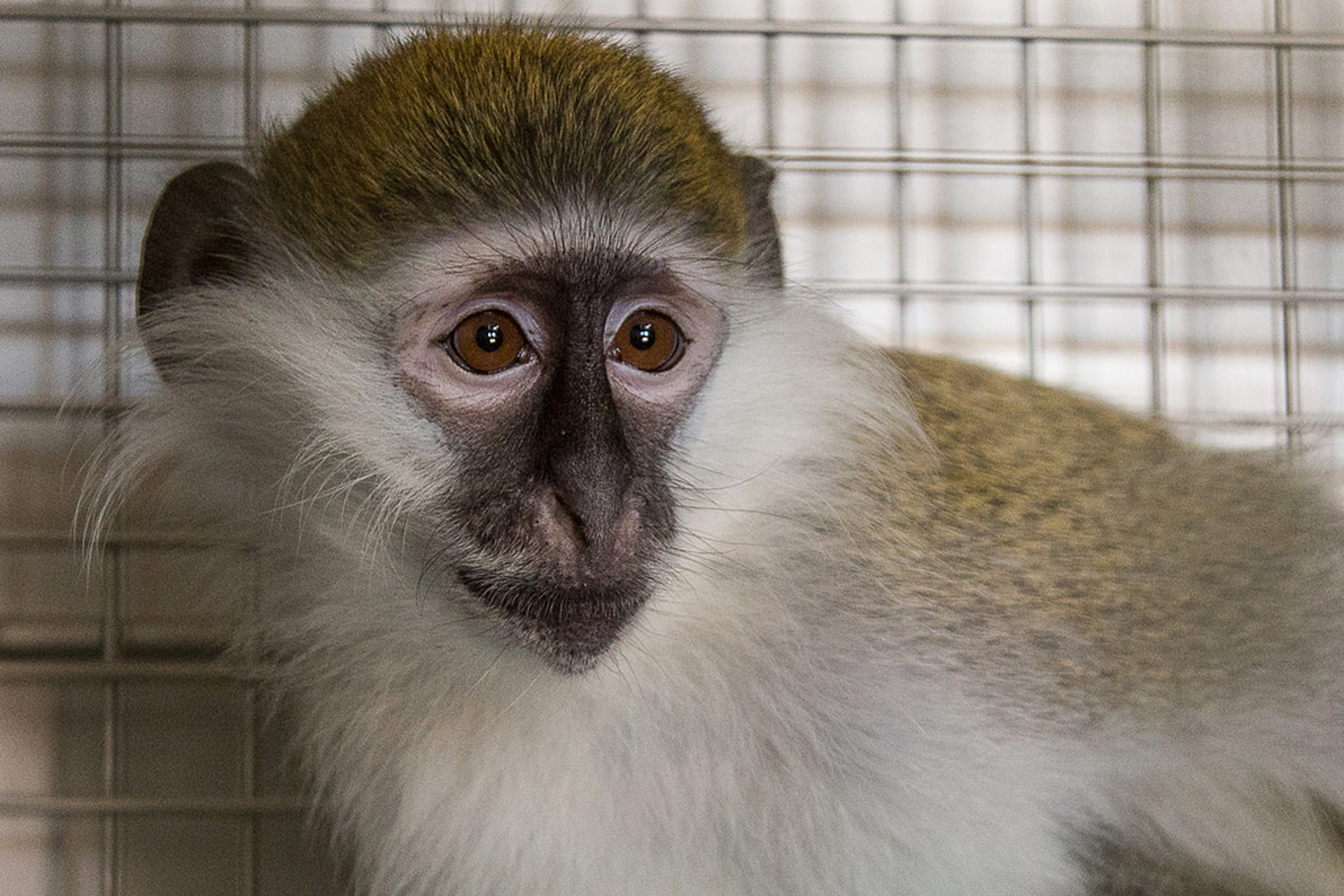 How far would you go to rescue a monkey in need?

Mikey came to the front of his temporary enclosure and reached his tiny fingers toward the opening. He wants my phone! You are getting so bold and comfortable already, Mikey. It’s only been one day.

Young Mikey had a home. He had a large cage in the living room; he had toys, fruit, and blankets. But, he is still a two-year-old vervet monkey. He is a wild primate at heart who needs to climb trees, forage, and be with others of his own kind.

He was the product of captive breeding, taken from his mother at two weeks of age. He was then shipped across state lines to live in a human house as a pet with the children, the rescued dogs, and the semi-feral cats outside eating on the porch.

Mikey’s human owner was moving to an apartment that wouldn’t allow animals and had to give him up. The Born Free USA Primate Sanctuary, located in Dilley, Texas, is equipped to house and care for vervets. We do it already. 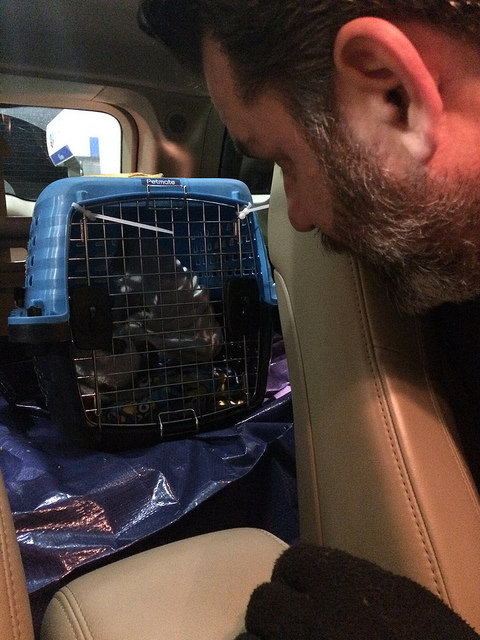 The Problem With Exotic Pets

Mikey could have gone to a pseudo-sanctuary. He may have been bred. He may have been sold. He surely would have been exploited. But, Mikey’s owner genuinely cared about him. You could see the anguish on her face saying goodbye. Those were real tears. You could be sure she did the best she could for him. And, when faced with the decision about where he should go for lifetime care, she made the decision that was in his best interest: Born Free.

So, my colleague Kelly and I got on a plane and traveled six hours to Alabama. We rented a car and drove 90 minutes to Mikey’s house. Then, we drove 15 hours through the night to deliver him to the compassionate Born Free USA Primate Sanctuary staff in time for breakfast the next morning.

We will give Mikey all that he needs, starting with expert care and time to settle in. He will have veterinary attention and an excellent diet. He will have time to transition to a new accommodation and then time to meet other vervet monkeys. Hopefully, before long, he’ll be mostly a monkey and barely a pet — rather than the other way around.

On the trip, Mikey was cautious, to say the least. He spent most of the time in a corner, under the security of his blanket, which was covered with images of the Minions movie characters. Hour after hour, he hid from his strange chaperones. Then, about two-thirds of the way through the journey, the blanket came off … he emerged for longer stretches … and he ate the banana pieces and drank some water. Progress. Slow and steady progress. Now, he is climbing around, exploring, and building confidence for his new life. His human diaper has been removed and he is coming to the front of the enclosure, reaching out, inquisitive, and more self-assured. Welcome home, Mikey. 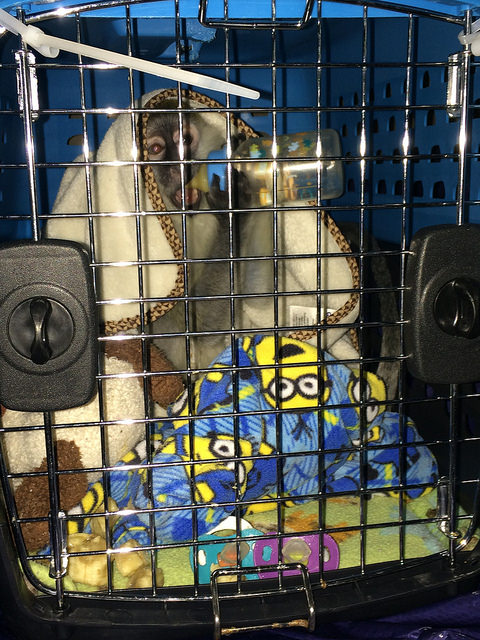 Mikey’s new home will be safe and restorative. He will be able to climb, rest, and play. There are many other former pet monkeys here. There are also monkeys from roadside zoos and from biomedical research labs. There are monkeys who are young and need ways to express their energy, and monkeys who are old and in declining health, aging as nature intended. There are baboons who hide in the tall brush and, yes, young vervets climbing and leaping from one platform to another. 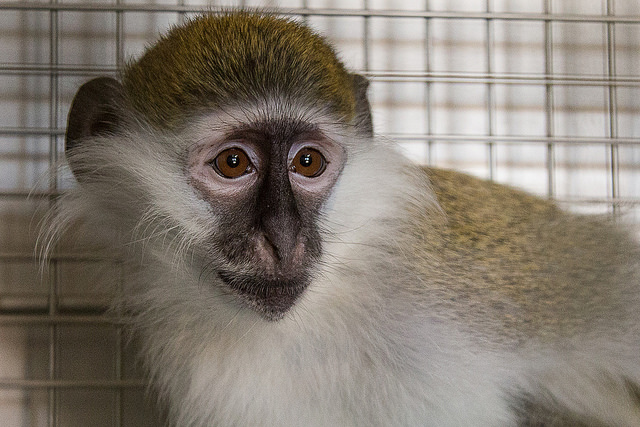 Many have names. All have distinct personalities. And, the one common thread uniting them is that they should not need us. They should not have been bred, traded, sold, exploited, or confined … but they were. So, all that matters now is that the staff here does right by each and every one of them, each and every day. Meanwhile, others of us work hard to stop the breeding, trading, selling, exploitation, and confinement so that there will be no need for our eventual intervention.

As long as there is that need, however, and there are people around the country who are willing to assist, we’ll be getting on planes and behind the wheel of automobiles to secure the next Mikey and give every monkey possible a chance at a happy and content life.

I guess the answer to the question is: we’ll go as far as necessary in order to do right by a monkey in need.