Empty the Cages! How Monkeys Really Feel About Living in Captivity 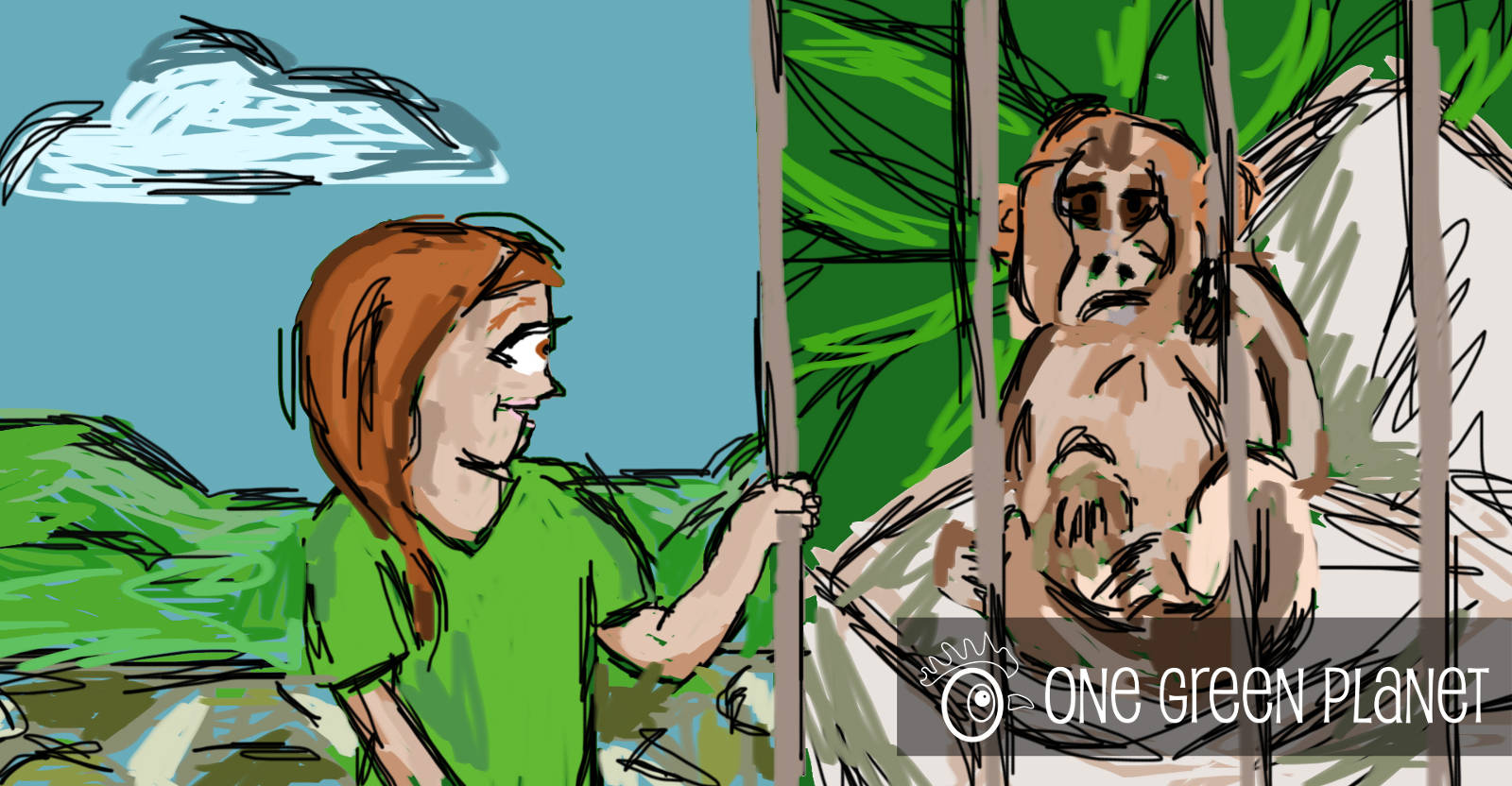 In the human world, we are taught from a young age that to stare at others is considered rude. We also know that being stared at – particularly by someone we don’t know or perhaps don’t get along with – can make us feel uncomfortable, threatened or scared. Despite recognizing that being watched or stared at is usually an uncomfortable experience for people, for centuries, people have placed animals in zoos for the specific purpose of being watched. Now, new research has been released that confirms that monkeys in zoos show higher stress levels when they know they are being observed than if they are unaware of the eyes upon them.

A study, released by researchers at the University of Melbourne confirmed that a group of capuchin monkeys being watched by people showed an almost 70 percent increase in aggressive behavior when compared to monkeys who were unable to see visitors watching them due to a one-way viewing screen.  Not only that but the stress levels in the monkeys who could not see the visitors were almost 40 percent lower than in the test group.

Responding to the study, experts have said that the results confirm well-established behavioral knowledge.“Given their lack of verbal language, animals are incredibly adept at reading body language. For non-human primates like capuchin monkeys this body language includes a large repertoire of facial expressions. Some of these can be interpreted in line with human behavior; for example direct eye contact can be considered threatening,” Dr Hannah Parathian, Trustee of charity, Neotropical Primate Conservation, tells One Green Planet.

“Other expressions are less easy for people to read. Chimpanzees, for example, are known for ‘grinning’ and yet this seemingly human-like behaviour is actually indicative of nerves or fear, rather than laughter or joy. This means that even the most passive interactions with captive wild animals in zoos, such as simply looking at them or smiling at them, can mean that zoo visitors are unwittingly having a negative impact on their welfare,” she continued.

And it appears that it is not just monkeys who do not like to be stared at by zoo-goers. Numerous reports from zoos around the world suggest that a number of animals would prefer not to be put on display for people to laugh, point and stare at and, really, who can blame them? Below we share three times when animals have made their feelings clear about captivity.

1. Chimpanzee Asks to be Freed

In a video filmed at a zoo Wales, UK, in 2012, a chimpanzee is seen apparently signalling for the visitor filming to open the door of his enclosure. The video went viral and was described as “heartbreaking.”

Earlier this month, a bear at Minnesota Zoo used a rock to smash the glass separating him from zoo visitors. The glass cracked but remained in one piece after the bear was reported to have used a stone as a tool and hit the glass five times. 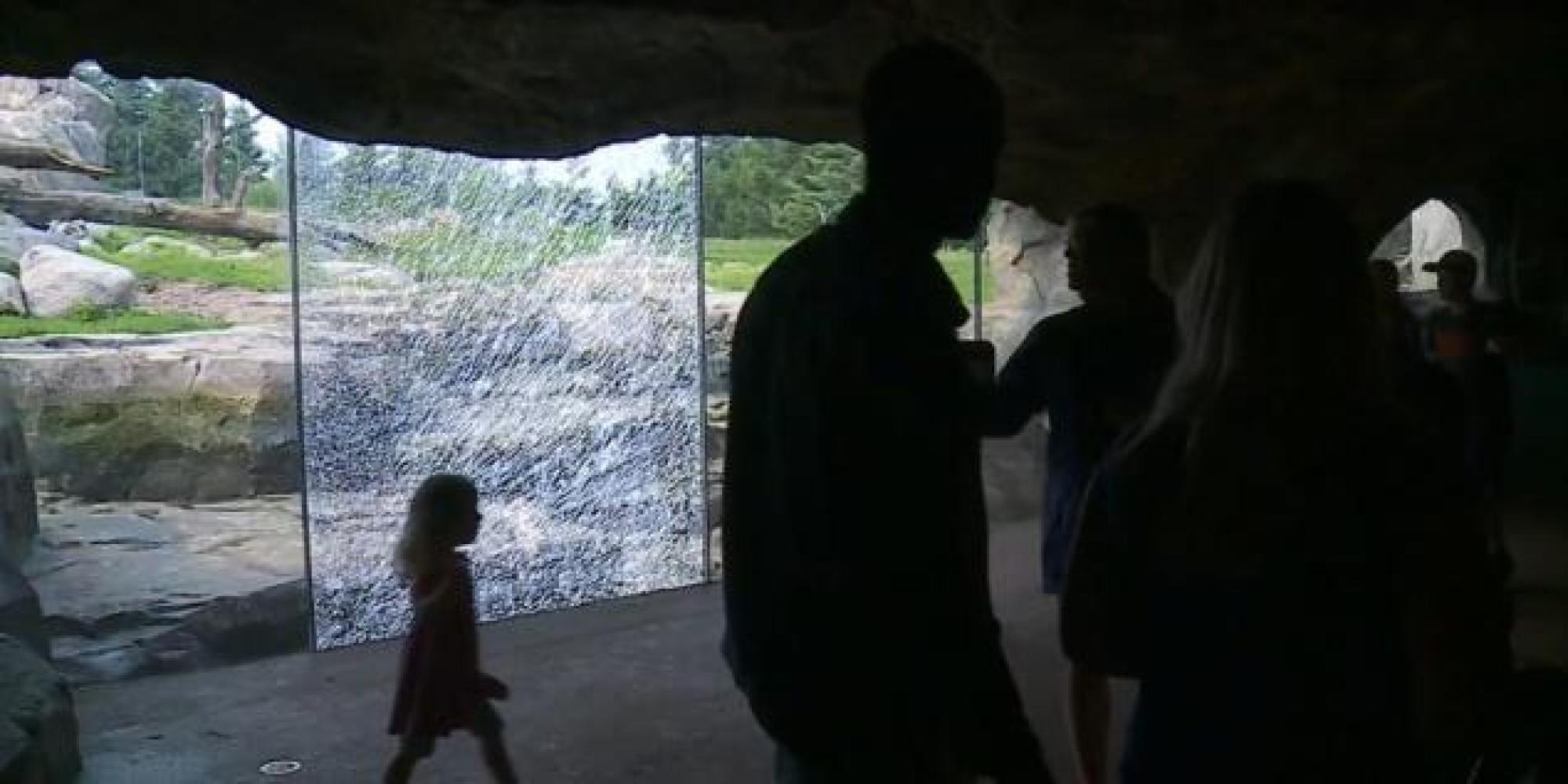 3. Gorilla Hurls Himself at Glass

In April this year, video footage was taken of a gorilla charging the glass wall of his enclosure in a zoo in Omaha, apparently in response to young visitors attempting to attract his attention. The heavy glass wall can be seen cracking as the silverback makes contact.

In recognition that visitors to zoos like to get up close to the animals, and that visitor numbers dropped when members of the public could not make eye contact with the monkeys, the University of Melbourne report concludes that “these findings raise a possible dilemma for the zoo industry between enhancing animal welfare … and providing for visitor experience.”

As Green Monsters, we don’t believe that visitor experience at zoos should be considered more important that animal welfare. And, of course, it is not just being on show to visitors that causes stress for captive wild animals. In addition to being stared at daily, there are numerous ways in which zoos and other businesses which hold wild animals captive can and do compromise the welfare of the animals. These might include forcing animals to live in confined quarters in a man-made environment, putting them in unnatural social groups, subjecting them to intrusive procedures such as artificial insemination or keeping then in a climate far-removed from their natural habitat.

There are so many ways that we can learn about animals and conservation without causing unnecessary suffering and stress. If you are concerned about the impact that zoos have on animal welfare, the best thing you can do is vote with your feet and stay away from zoos and other businesses which hold animals captive for profit. No animals should have to suffer for the sake of our entertainment.