Hilarious Video of Dogs Wearing Boots for the First Time 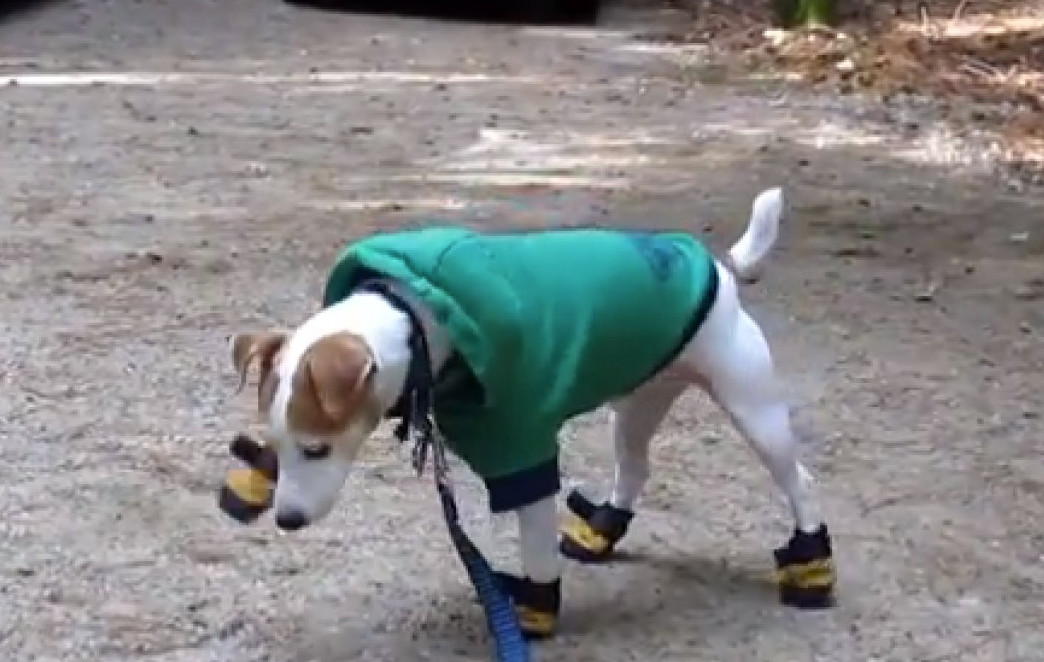 Dog boots: cute fashion statement or evil torture devices? This hilarious video compilation features dogs wearing their new boots for the first time and, as you will see, it results in some funny reactions. The dogs just don’t know what has happened to their feet and why they’ve lost control.

The boots are meant to protect the dog’s paws from extreme elements outside but they seem more like uncontrollable dancing shoes in the video, sending legs and paws in all different directions. The marching band music makes these erratic movements even cuter.

Some are lucky enough to get one or two of the new boots off but most end up clumsily walking around in these bizarre new devices strapped to their paws. Check out the video to see how these dog boots turn pups of all sizes into involuntary dancers!