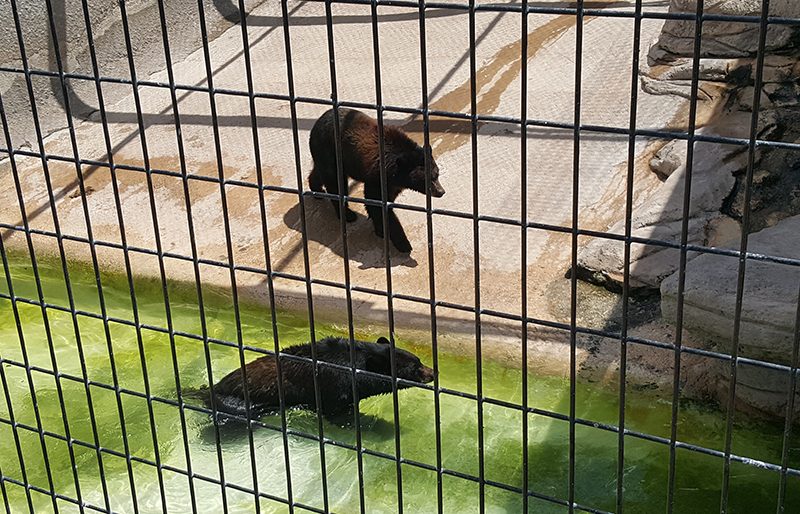 Conventional zoos are bad enough but roadside zoos are a whole lot worse. Unlike large, accredited zoos, roadside zoos are intended to be a quick stop for traveling tourists so that they can take a break and a gawk at wild animals before moving along on their busy way. These facilities are typically run by private owners who purchased the animals and obtained permits to display them for the world. Some notable roadside zoo facilities include Tony the Truck Stop Tiger and the Natural Bridge Zoo. Although these establishments claim to be focused on “conservation,” they are typically nothing more than a collection of far too small enclosures that sometimes carry out breeding programs. Seeing as these animals will never be released into the wild, there is nothing that constitutes roadside zoos as “conservation” organizations. The top priority for roadside zoos is the bottom line – and unfortunately, that often comes at a great cost to the animals.

One of these roadside zoos is Spring River Park and Zoo, in Roswell, New Mexico. Here, bears and mountain lions are confined to filthy, concrete pits,  and their health – both mentally and physically – suffers, as a result.

The good news is, you have the power to help them, but before you do that, let’s take a deeper look into the lives of the wild animals living (if you can even call it that) at the Spring River Park and Zoo. 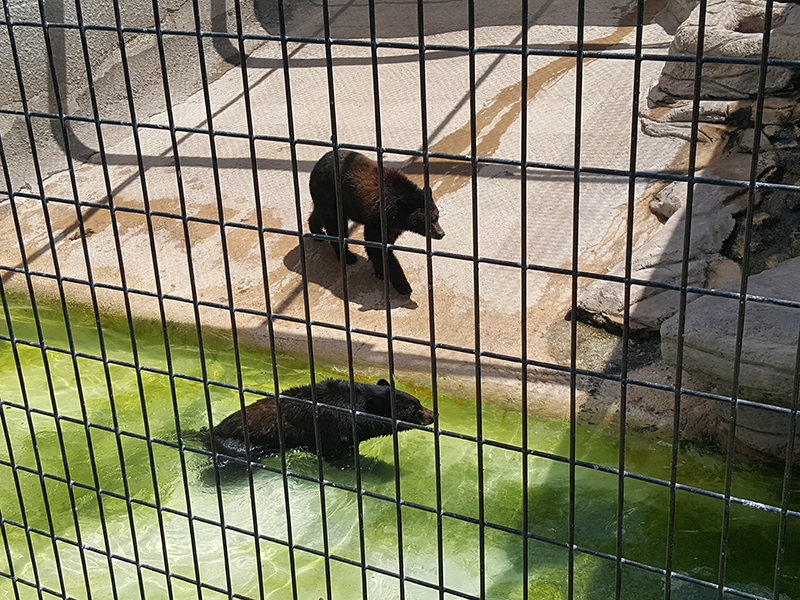 First, we’d like to introduce you to two of the female bears living at the zoo: Sierra and Ursula.Unfortunately, little background information can be found about these two bears. All we know is that they are American black bears who have spent many years living at this miserable zoo.

Sierra and Ursula both live in a concrete enclosure containing a filthy algae-coated pool that smells foul. The bears still use the pool despite its condition – likely due to sheer boredom. In the wild, these bears would spend their days climbing in huge habitats, foraging for food, and above all, hibernating.

Here, in the zoo, with concrete floors, no space, and a murky pool, all Sierra and Ursula get are health problems. Living on concrete, day in and day out, is putting pressure on their joints and wearing down their paw pads. If this isn’t bad enough, their dismal living conditions are also affecting their mental health.

Time and time again they’ve been documented pacing back and forth in their enclosure and this, we’re afraid to say, is a clear sign of severe distress. Captive-held animals often exhibit this kind of repetitive behaviors when their conditions fail to meet their needs. And of course, there is no way that this prison is meeting Sierra and Ursula’s needs. 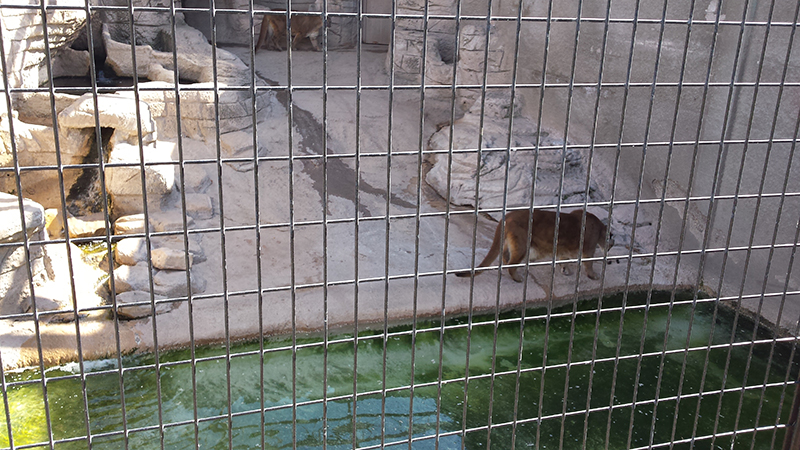 Unfortunately, Sierra and Ursula aren’t the only animals suffering at the Spring River Park and Zoo. Bart and Bret, two male mountain lions, are also victims of the zoo’s negligence. These mountain lions live in an enclosure that looks exactly like the bears’. Sadly, it seems that the physical and mental condition of Bart and Bret also mirrors that of Sierra and Ursula.

In the wild, mountain lions are solitary and highly territorial animals that actively avoid other cats unless it is a time of courtship. Unfortunately, avoiding one another is impossible for Bart and Bret. Rather than having access to a far-ranging habitat, where they can hunt for their own food and spend the day exercising, Bart and Bret spend their days pacing. According to PETA, one of the mountain lions appears to be obese, likely due to a poor diet and a lack of exercise rather than overconsumption of food.

Here’s How You Can Help

By now you’re probably asking the same question as us: “How can we get them out of there!?’’

Fortunately, there is a way you can help – and it will take you less than five minutes. Use your voice to aid these poor animals by sending a letter to Spring River Park and Zoo, urging them to close their pits and retire the bears and mountain lions to sanctuaries!

In a reputable sanctuary, these animals can live out their lives in spacious territories and receive the care and attention they require. Using your own words in your letter is the most effective but feel free to use PETA’s sample letter if you only have time to click “send.”