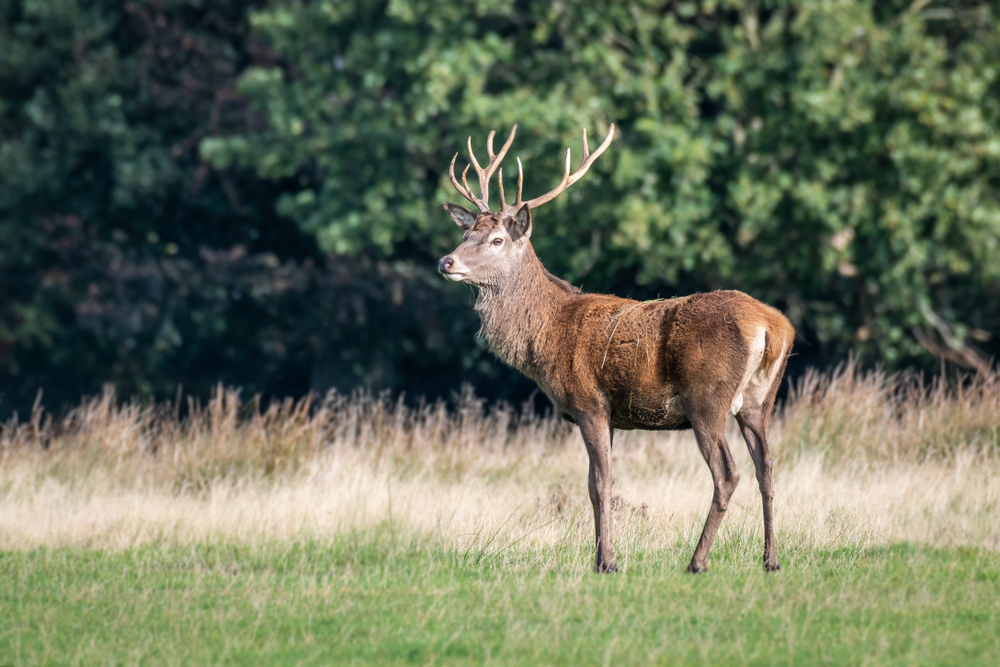 Animals are sentient beings who deserve to be respected and allowed to naturally live out their lives. Unfortunately, there are people who hunt for fun and believe it’s their right to take the life of an innocent animal. But even worse, this is something that is passed down by generations. Children are taught that animals can be seen as trophies. One mom is teaching her kids young that killing wildlife is okay by hunting with her baby on her back. Another, recently encouraged her 8-year-old daughter to kill an innocent deer.

In Foxworth, Mississippi, the 8-year-old girl named Kate was doing homework as she sat with her mother in a deer stand. Her mother interrupted her to let her know there was a deer nearby. The young girl looked through the scope and saw the deer her mother was talking about, but then saw a second one. Because the second was bigger than the first, the young girl decided to kill that one. She said, “I was shaking.”

When she killed the buck, she and her mother took photos with the lifeless body of the deer. Kate can be seen holding the buck’s antlers proudly and holding a big gun. It’s absolutely devastating that this young girl has been taught to view wildlife as nothing more than trophies. She is growing up believing that she can kill an innocent animal simply because she wants to and she has a gun.

Her mother told USA Today that when Kate was 3 years old, she received a .22 Crickett (hunting rifle) for Christmas and she’s already killed five deer before killing this buck recently. They were especially proud because it was a 12-point buck — this refers to the amount of protrusions on the buck’s antlers. Hunters value these antlers tremendously, as if they needed them for any reason at all other than to brag about the fact they killed an innocent animal.

As PETA says: “No child should be encouraged to be callous by being taught to kill, nor should children be instructed in the use of firearms, which enable them to wound, maim, and destroy.” If you agree, you can sign this petition asking for trophy hunts for children to be banned!