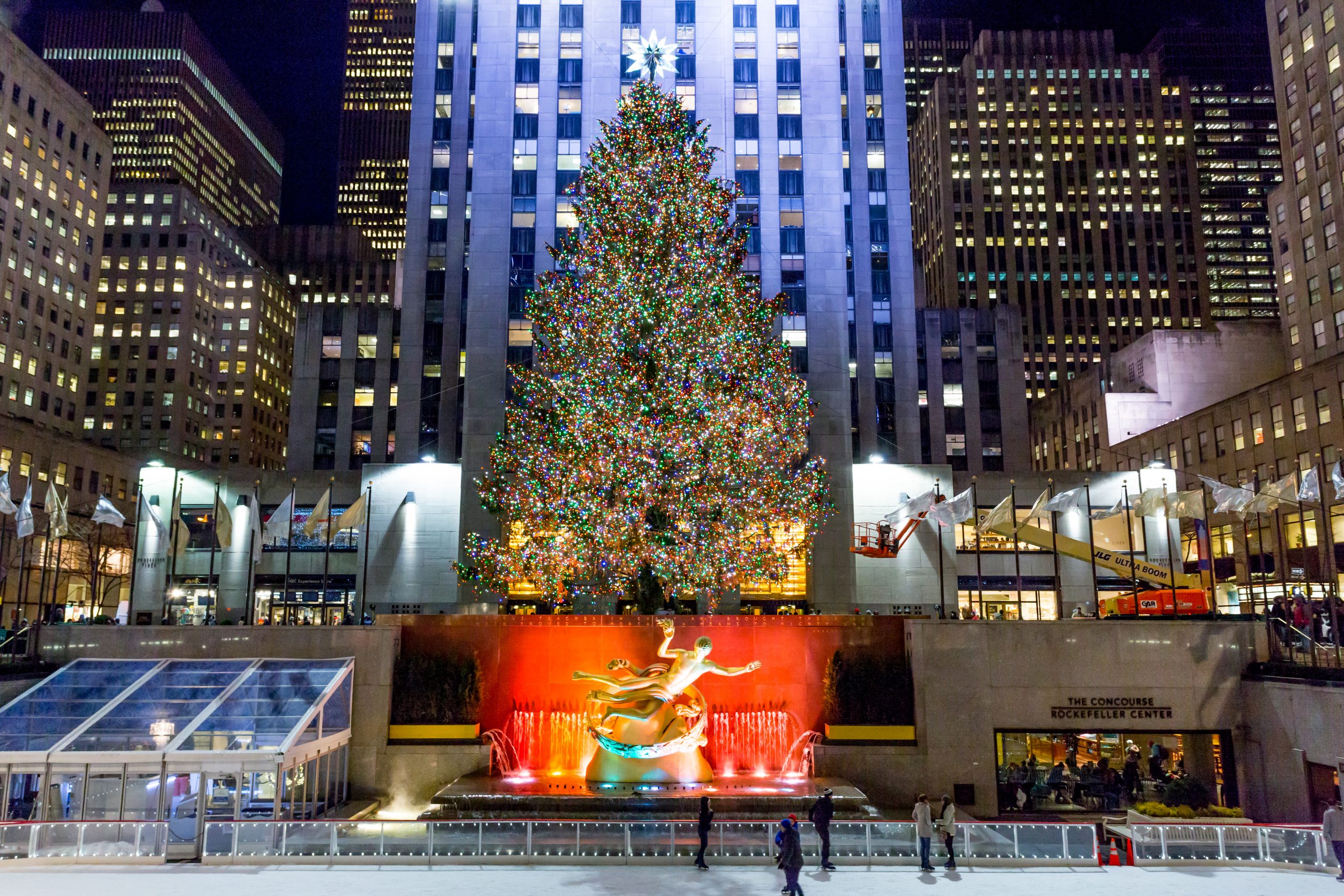 Before Christmas, trees are cut down and decked with ornaments and decorations; they provide habitat for wildlife. Unfortunately, the tradition of cutting down trees and removing them from the forest can negatively impact the animals who rely on them for a place to live. That’s what happened this year in New York City when a tiny little Saw-whet owl was discovered still living in the Rockefeller tree, 3 days after it had been cut down.

The tree is a Norway spruce from Oneonta, N.Y., that was cut down on November 14th. The little guy was discovered in its branches on November 16th. He was taken to the Ravensbeard Wildlife Center in Saugerties, NY, where it was discovered he hadn’t eaten in roughly 3 days. His entire home had been uprooted and moved to an urban area, so one can only imagine the traumatic effect this had on them.

The Wildlife Center was contacted by the company that transports the tree every year and was told about the situation. They posted an update on the owl’s progress to Instagram:

“Back at Ravensbeard Wildlife Center, we’ve given him fluids and are feeding him all the mice he will eat. It had been three days since he ate or drank anything. So far, so good; his eyes are bright and seem relatively in good condition with all he’s been through. Once he checks in with the vet and gets a clean bill of health, he’ll be released to continue on his wild and wonderful journey.” Founder of the Wildlife Center, Ellen Kalish, spoke to the Washington Post about the owl’s condition upon being brought to her.

“He looked up at me and I was relieved to see that he was looking in relatively good shape,” Kalish said. “The fact that he traveled for a three-day trip, or whatever it took, and he came in not the terrible shape is impressive.”

If you choose to partake in the tradition of Christmas trees, there are numerous steps you can take to reduce the environmental impact. The David Suzuki Foundation advises purchasing trees from farms that don’t use pesticides or herbicides. They recommend a Norfolk Island pine. After the festivities are over, they also recommend donating the tree to a wildlife shelter that uses them to enhance the habitat of the animals they care for.

Another idea is to create a DIY Christmas tree from items you already own. Books, cardboard boxes, and more can provide all you need to create a fun tree for you and those you celebrate the holiday with.