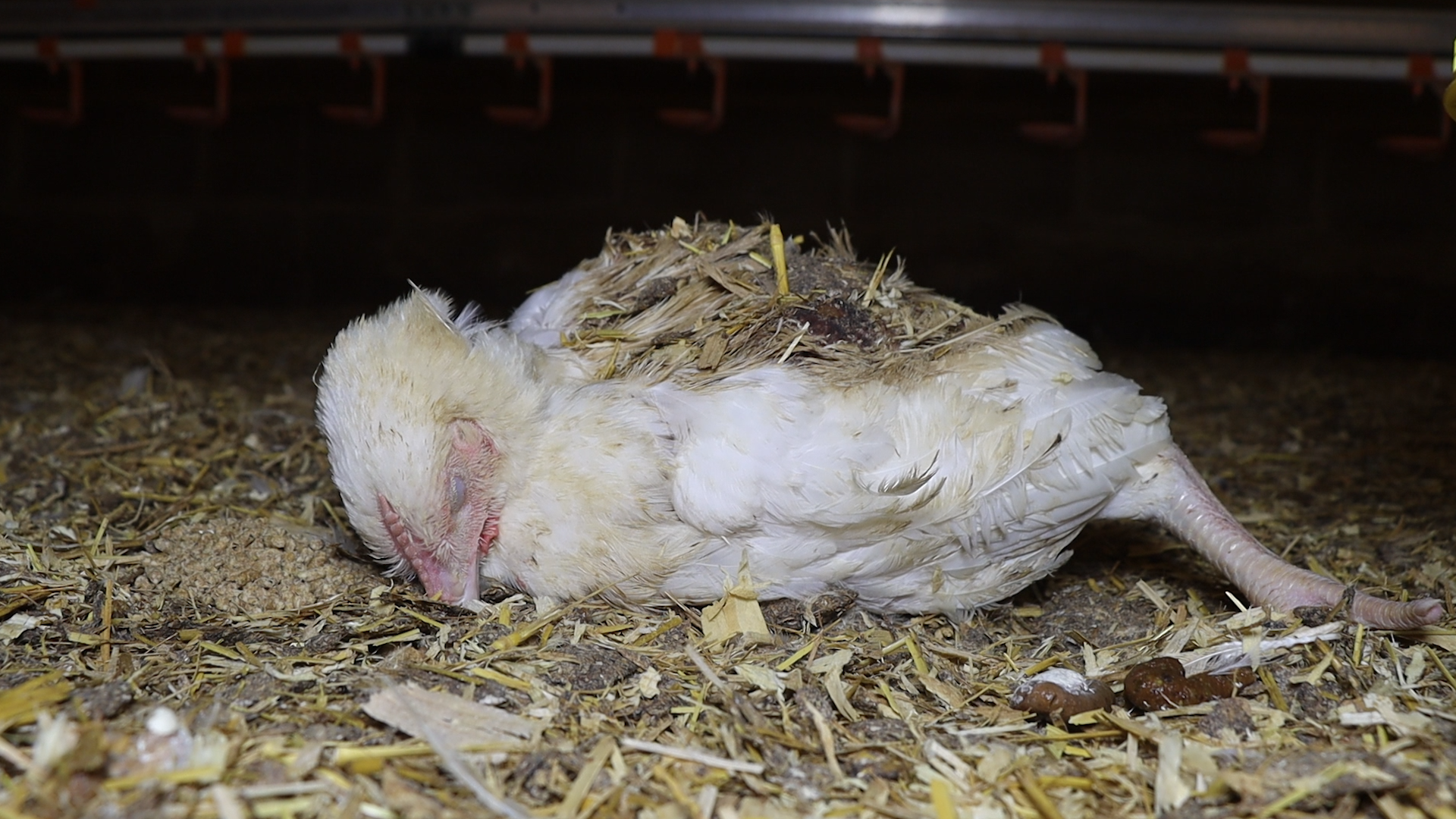 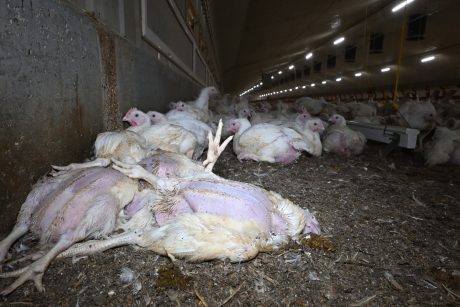 According to Connor Jackson, the CEO and Co-founder of Open Cages, the British producer Cranswick provides chickens from these farms to Morrisons’ “Butcher’s on Market Street,” which labels its chicken as “welfare assured” and Red Tractor approved. But the footage shows birds with deformed and twisted legs, unable to walk, and collapsing in pain.  Many birds are covered in filth and suffer chemical burns from living in their own feces, and other birds suffer from severe wounds.

Morrison’s insists that it cares about animal welfare, but as is so often the case, the reality of its operations paints a starkly different picture. Chris Packham commented, “Do Morrisons seriously not see the problems here? These images have revealed without any ambiguity that extreme suffering is rampant in the supermarket’s chicken supply chain.”

Open Cages CEO Connor Jackson explains that chickens “are doomed from day one,” because producers breed them to grow to double the size they grew to in the 1960s in less than half the time.