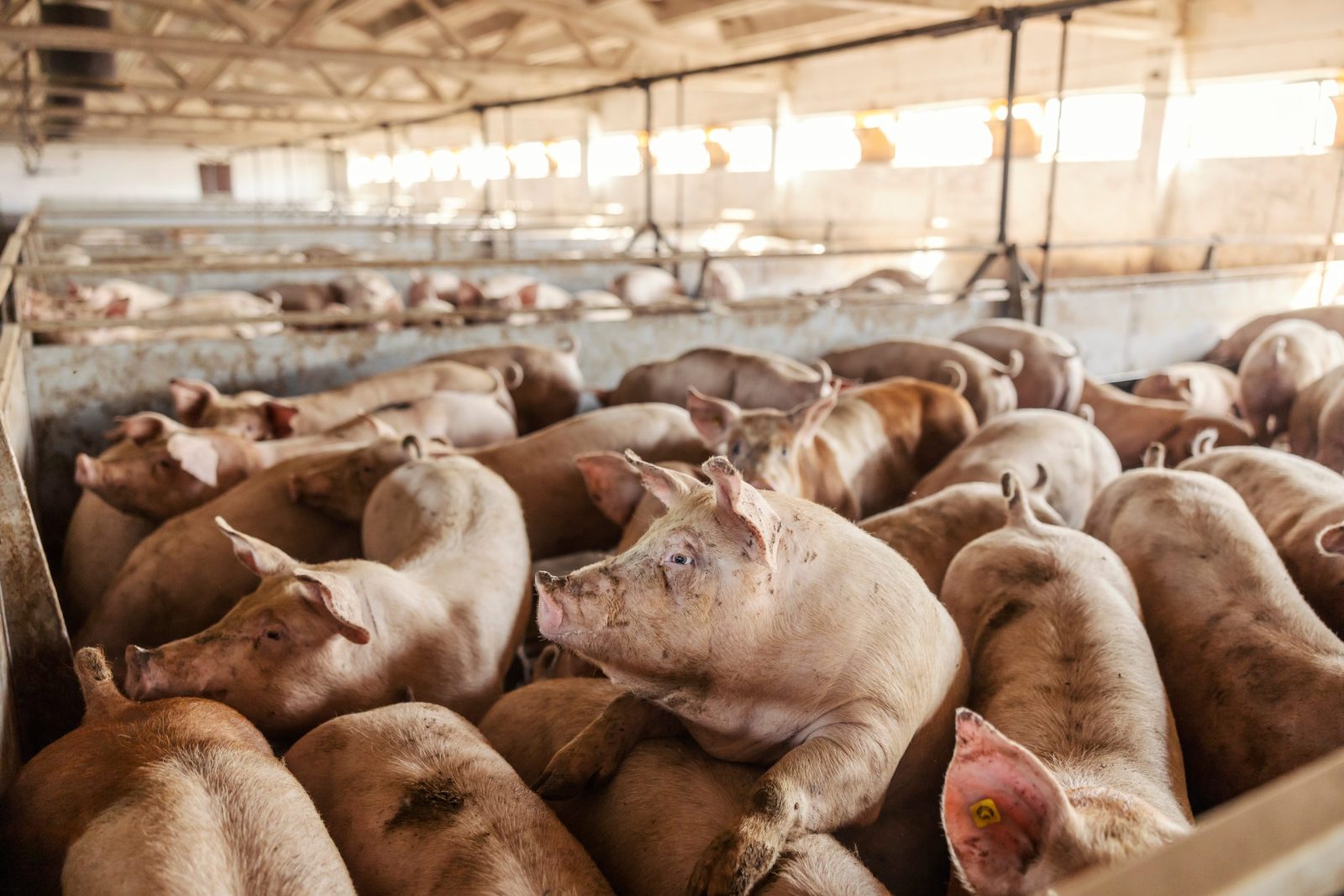 After federal reports revealed abuse and cruel conditions, PETA sent a letter to the F.B. Purnell Sausage Co. asking for a livestream of kill-floor operations. Unfortunately, animal abuse at livestock farms is nothing new.

Federal reports exposed the workers at F.B. Purnell Sausage Co. for beating and kicking pigs as they were being led to slaughter, electroshocking sows up to six times on their heads and hearts, and leaving a disabled animal lying in “fecal soup.”

The company is the maker of “Old Folks” sausage and a vendor for the Louisville Bats. PETA sent a letter to the company’s president, Todd Purnell, asking him to livestream kill-floor operations.

“Will you please publicly livestream video from all areas of your facility where live animals are handled? With $70 million in annual sales, the company can clearly afford it. Workers would take their duty to handle animals lawfully more seriously if they knew that caring people were watching.”

Some of the poor animals were already on their way to the slaughterhouse, but the workers seemingly wanted to make sure the innocent animals suffered the whole way there.

“As if the journey to slaughter weren’t terrifying enough, these bullies punched, kicked, and repeatedly electroshocked helpless pigs,” says PETA Vice President of Evidence Analysis Dan Paden. “PETA is calling for this company to help stop more egregious abuse by publicly livestreaming slaughter operations and is urging anyone disturbed by these animals’ suffering to go vegan.”

They also asked that Purnell reassign the workers involved to positions that do not have any contact with animals. To see PETA’s full letter, check out their website. No animal should EVER be kicked, beat, or shocked. Don’t support this cruel industry and sign this petition to demand humane treatment of downed pigs!