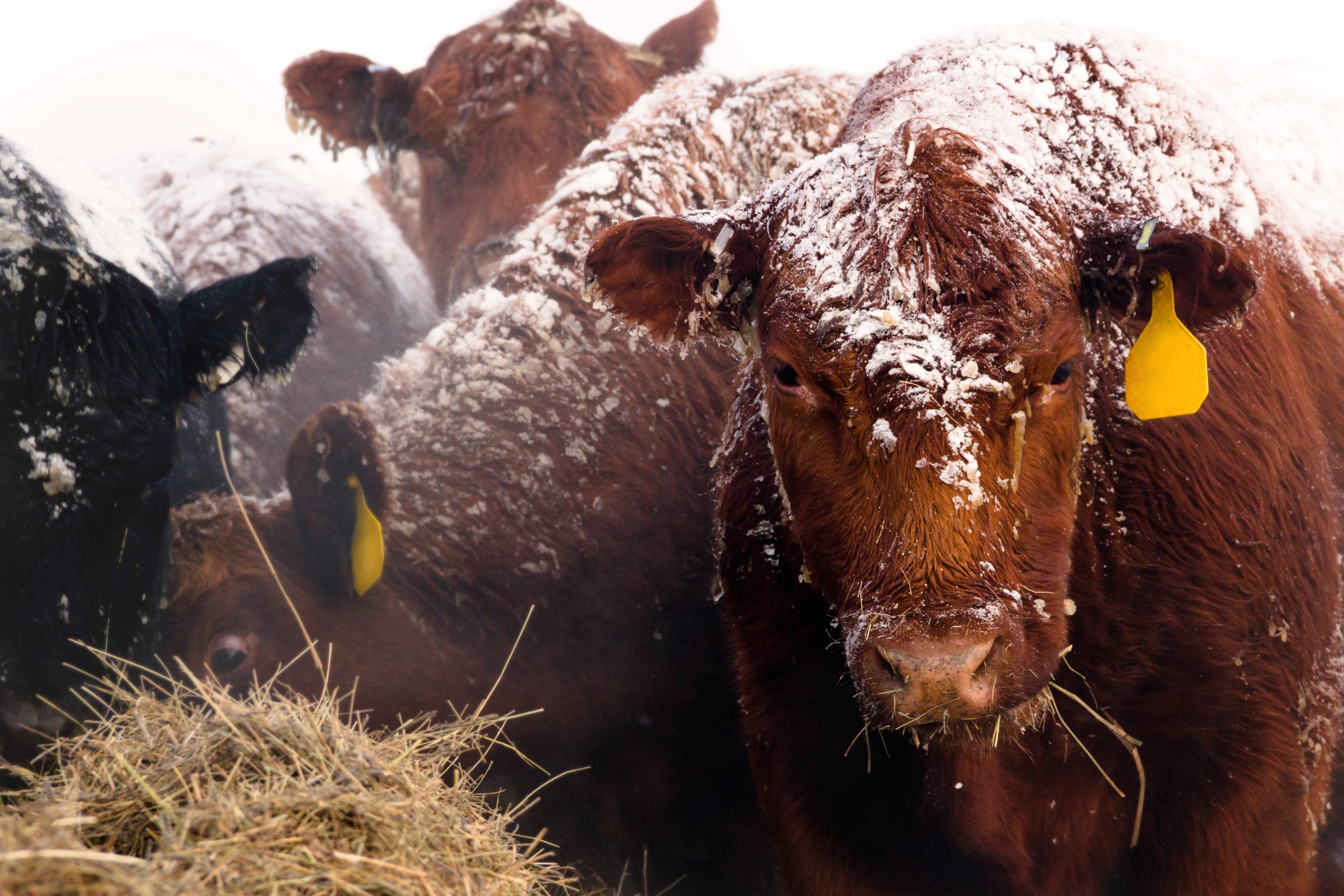 As Texas and much of the Southern United States faces an unprecedented climate disaster, humans and animals alike face peril. But one large group of animals is particularly vulnerable: farmed animals. Stuck on crowded factory farms as power sources die and on barren, exposed ranges as biting winds blow, animals raised for food must brave the storm by no choice of their own.

A Fortune news article published on February 17th offers a haunting insight into the plight of vulnerable cattle, pigs, chickens, turkeys, and more- and emphasizes economic loss and potentially rising meat prices rather than animal suffering. The article tells of newborn calves freezing to death, and surviving calves suffering from frostbite severe enough to freeze ears off. “They were born on the snow, there wasn’t anything that could be done,” said cattle rancher Clay Burtrum of two calves who froze to death on his Oklahoma ranch in the Fortune interview. Burtrum also states that he “won’t reap the benefits of that cycle for two more years” when the cows have another calf who can be raised for slaughter. “It’s survival of the fittest right now,” an Arkansas rancher was quoted speaking of his cows.

The high vulnerability of farmed animals comes from the fact that industry standards allow animals raised for meat, dairy, and eggs to be kept in massive numbers; making evacuations impossible. Infamous factory farm Cooper Farms in Ohio, for example, houses an average of fifteen million turkeys at any given time. Where and how can fifteen million birds be evacuated? They can’t. even attempting such a feat would be impossible. Fires, floods, tornadoes, snowstorms, and other natural disasters are typically death sentences for these animals. In 2018, when Hurricane Florence struck the Carolinas, an estimated 3.4 million farmed animals drowned as a result of this very issue.

Despite the hard-backed evidence that animals need shade and shelter to thrive, it is also common for pasture-raised cattle, sheep, and goats to live without either. Unexpected summer heatwaves cause animals to suffer from heatstroke, while blizzards often mean animals freeze to death. When animals are raised and kept in these conditions, it is a given that deaths will occur when disaster strikes.

While people are being arrested and prosecuted for abandoning dogs in the currently raging storm, the deaths of farmed animals are shrugged off as nothing more than economic losses. There are currently no federal laws to protect animals during their lives on farms in the United States, and no regulations regarding transporting animals to slaughter in extreme weather conditions. As long as this remains true and as long as farmed animals are still considered commodities, the outcome of natural disasters will continue to be disastrous for these vulnerable animals.

Sign this petition to demand that Texas lawmakers provide immediate aid to animal sanctuaries that were affected by the storm.