Would You Get a Massage From an Elephant? The Surprising Reason It Might Not be a Great Idea

We go on vacations to relax. But when faced with choosing whether you want to take a trip to a spa or jet set to somewhere new where you can see exotic animals, making a decision can be tough. Don’t worry though, a few hip tourist attractions in Chiang Mai, Thailand have just the solution for you: Asian elephant massages! 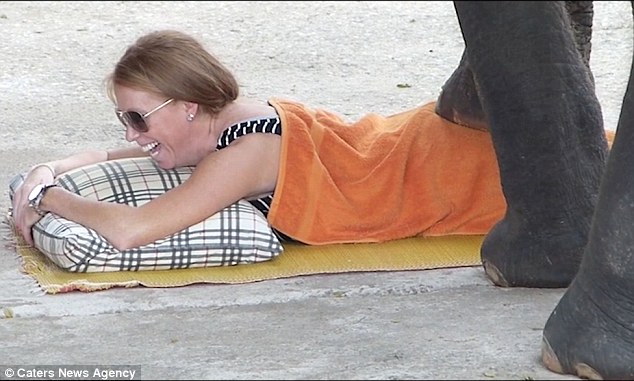 That’s right folks! If you’ve got a lot of stress, what you need is a seriously high-powered masseuse. Who knew literally having the weight of an elephant on your back could be such a soothing experience? 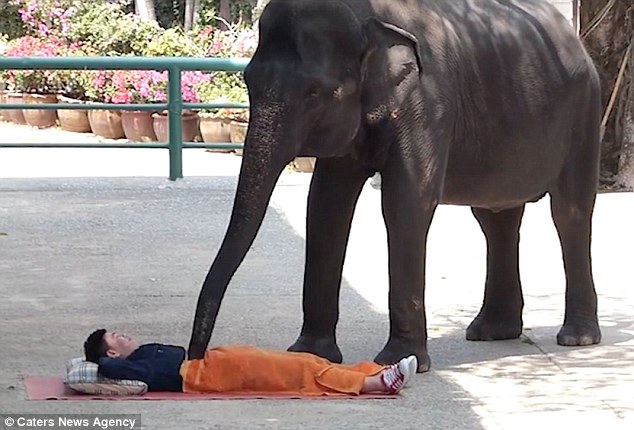 This might sound like an attraction that is just too good to be true, and we are here to tell you that it 100 percent is.

The Asian elephant is highly endangered, but sadly, this fact does not stop poachers from taking them from the wild as babies and selling them to tourist attractions where they will be exploited for profit. After these elephants are torn from their mothers, they are forced to undergo a breaking period, called “phajaan,” where the baby elephant will be enclosed in a small cage and continuously beaten and abused for months on end. This teaches the elephant to be submissive to humans and to fear “training tools” such as the bull hook.

When we look closer at the images of these elephants giving massages, we can see the trainer standing close by with a bull hook in hand, ready to reprimand the young elephant if they make any false moves. Suddenly the mystery of how elephants learned to give massages becomes terrifyingly clear. 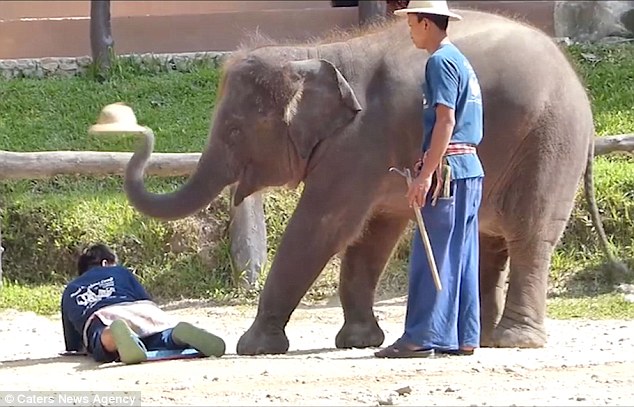 What is even more troubling about this scene is the direct danger that the person, who is paying for the massage, is in. While elephants are gentle and docile creatures in the wild, they can become extremely stressed and frustrated when in captivity (understandably). This can cause them to act out aggressively. Captive elephants have been known to crush their trainers when pushed too far. Putting tourists in the direct line of harm is incredibly irresponsible and illustrates the fact that these facilities care little for the well being of their animals or customers, but are solely interested in making money. 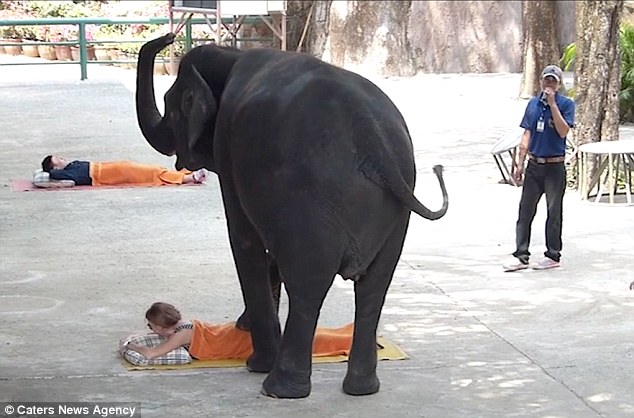 There are many reasons why allowing an elephant to give you a massage is a horrible idea, but above all, the fact that the money you pay is fueling the further abuse and exploitation of an endangered species, and putting the lives of others at risk, shows that this is not something any human being should want to perpetuate.

So please, be a Green Monster. When you see elephants (or any other wild animal) being used as a form of entertainment, especially in the tourism industry, ask yourself what you’re really paying for. If the answer is abuse, make the right decision and walk away.