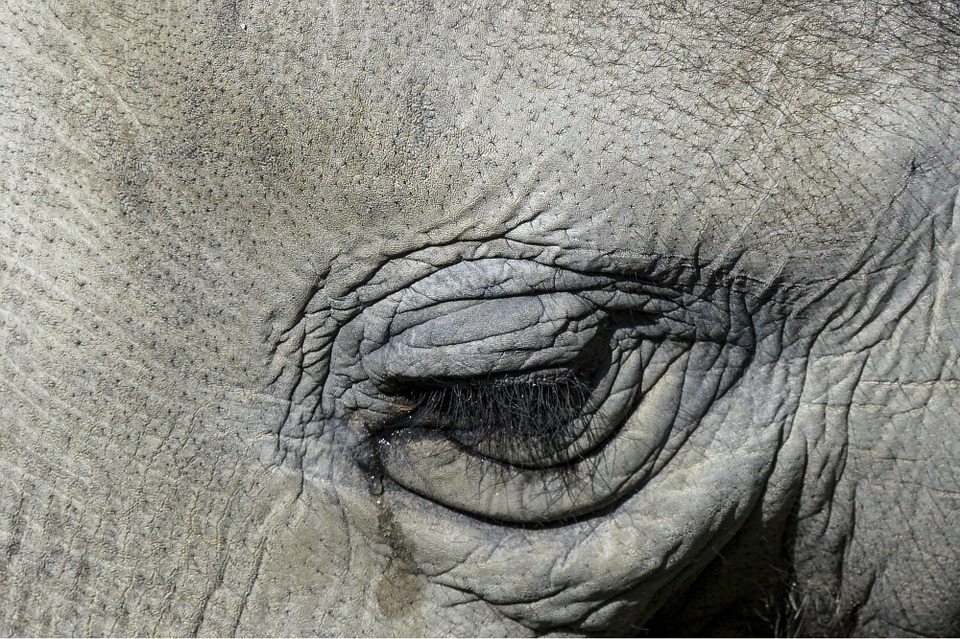 Each day, 100 elephants are killed for their tusks, and conservationists say that if we don’t act now, African elephants may be extinct by 2020. Thankfully, our world powers are waking up to this tragedy and passing tougher laws to restrict the ivory trade. However, while leaders have focused their attention to ivory, imports of elephant skin and leather to the U.S. have more than doubled in the past 10 years.

Despite the fact that elephants are a threatened species, people can easily purchase elephant leather at the click of a button. You can find products including bags, belts, shoes, and even car interiors made from elephant leather on Amazon, eBay, and a host of other online stores. That’s because while killing an elephant for its tusks is a seriously punishable crime, doing so for its skin is often completely legal.

Believe it or not, anyone can purchase and resell elephant leather provided that they comply with the lax regulations of the Convention of International Treaty of Endangered Species (CITES). The fact that you can legally buy and sell one part of a threatened animal, but not another, is a bizarre loophole in our regulations.

For instance, the elephant leather must be purchased legitimately from sellers who obtained elephant skin from legally culled elephants. According to elephant leather manufacturers, African elephant skins come from culls once an elephant population becomes too big for a particular area and poses a threat to tribes or other wildlife. However, the legitimacy of elephant culls for “conservation” efforts are dubious at best. Another catch is that a buyer can never be truly certain whether or not a bag, belt, or other item has come from a culled elephant or a poached one.

‘This is one of the least-studied aspect of the trade in elephant products,” said Peter LaFontine of the International Fund for Animal Welfare (IFAW). “But from a consumer psychology standpoint, leather sales pose similar problems to ivory sales: Because documentation isn’t expected or provided (almost always), buyers assume that the products they’re purchasing are legal and not detrimental to the species.”

Why Are the Laws Different For Leather Than For Ivory?

According to LaFontaine, the U.S. Fish & Wildlife Service says that regulating elephant leather and other non-ivory products is not necessary because ”there is no information to indicate that commercial use of elephant parts and products other than ivory has had any effect on the rates or patterns of illegal killings of elephants and the illegal trade in ivory.”

However, information gathered from the IFAW and Humane Society International proves otherwise.

They found that between 2003 and 2012, the United States was a chief importer of non-ivory elephant products including skins (33,184 specimens) and small leather products (57,844 specimens).

“Notably, the number of African Elephant skins imported to the United States is dramatically increasing (from an average of 797 per year at the beginning of this period to an average of 2,123 per year by the end),” LaFontine said.

While it may not be on the same scale as demand for ivory, it’s clear that consumer demand for elephant leather is a contributing factor to elephant deaths. Unfortunately, this issue receives little attention – attention that it absolutely must get before it’s too late for this beautiful being.

The internet is plagued with online stores selling elephant leather. When we think of elephants, we think of those beautiful majestic creatures. Is a pair of elephant leather shoes really worth driving these animals to extinction? Remember that every item made from an animal results in its suffering and ultimate death. Share this article and educate others about the consequences of the elephant leather trade.