Cruel Reality Behind the Pet Trade of the Betta Fish, a Fish Often Marketed as an “Easy Starter Fish” 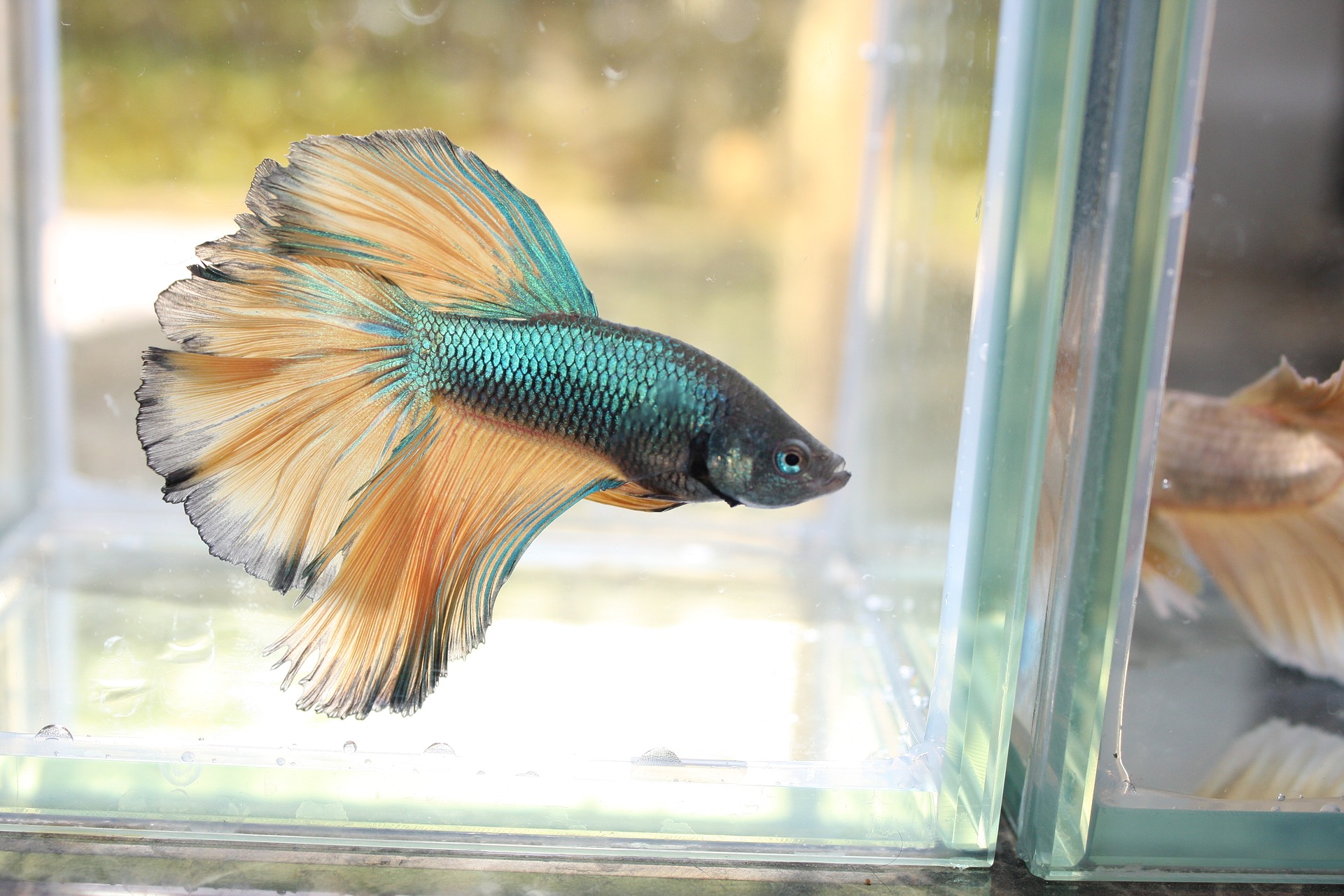 Betta fish are a popular pet as they are visually beautiful and believed to be low-maintenance “starter pets.” However, a cruel reality belies these unique, colorful creatures. Many who love these vibrant fish are unaware of how horrific the betta fish pet trade truly is. From fish farm to pet store to right in your home, these fish endure a harsh and inhumane journey.

PETA launched an investigation into the source of the betta fish pet trade – fish farms. The video above shows footage captured at one of these sites. Bettas are bred in empty, unsanitary tanks that often contain the floating bodies of other dead bettas. The fish who die in the process seem to be the lucky ones. The survivors are put into thin, dirty bottles lining the concrete floors. Upon sorting for shipment, the fish are treated carelessly and are often left out in colanders suffocating in the open air. When they are ready to be shipped, they are put into small bags with barely enough water to cover their bodies. They are not given food for these long journeys across the world and are even given tranquilizers to stop them from eating their own fins. Thousands of fish die along the way due to the stress of these conditions. For the fish who don’t die, their suffering is far from over.

PETA continued their investigation into the pet stores who sell these abused and neglected fish. Unfortunately, the conditions at these stores are not much better than those at the fish farms they were shipped from. Petco is often associated with their walls of betta fish all stacked atop each other in tiny cups. While the array of bright colors and flowing fins might make this display seem beautiful and inviting, the reality is nothing but horrific. Like at the fish farms, the cups Petco stores bettas in are unacceptable. The minimum a betta fish needs to be happy and comfortable is a tank of 2.5 gallons. These tiny cups are not only cramped, but they contain stagnant water that is often left in unsanitary conditions by the store staff. The investigator in the video above had the chance to speak with staff members who admitted to the mistreatment of the fish. The employees discussed the numerous fish who die in transport and one even remarked on the neglect that some fish get in the store. He noticed the fin rot of one of the suffering bettas and conjectured that in the process of cleaning so many fish habitats, that betta was likely overlooked. Other employees also explained their qualms with keeping the fish in the tiny cups with no filtration devices to keep them healthy. One remarked that she thinks some of the tanks sold at Petco are “completely inhumane” and she wishes they did not sell them at all.

Unfortunately, due to misconceptions about fish, bettas often can’t even escape mistreatment upon being purchased and taken into a home. As mentioned, these fish have a reputation for being “starter pets” who are easy to take care of due to their small size. Sure, bettas don’t need as much care as other types of fish – they are freshwater fish and thus don’t require the maintenance of saltwater tanks, and due to their labyrinth organ, they can survive in less oxygenated water. However, these are still complex creatures who need more than just a small empty vase in order to thrive. As the Petco employee mentioned in PETA’s video, expecting your betta to survive in a tiny tank is inhumane. Even though bettas are small, they are naturally curious and love to explore, so having a larger more enriching tank is essential to their well-being. Similarly, many people fail to acknowledge that bettas are tropical fish and prefer warmer temperatures. Bettas can survive without a tank heater, but they will be stressed out and susceptible to illness and lethargy.

4. Fish are often treated as a decoration or prop

As previously mentioned, the beautiful variety of colors and fin shapes of bettas are one of their primary draws. Because these tiny fish are so stunning, even businesses like restaurants and hotels buy them to put on display. These fish are objectified and treated as decorations rather than living creatures with health concerns and environmental needs. As shown in the tweet above, these fish are put into small bowls or vases, often with a singular plant and some pebbles at the bottom. Since their function is to be a decoration, the owners don’t want to mask the fish by including pieces of driftwood and plants for the fish to hide in. In fact, a despondent betta living in a tiny bowl in a hotel room launched a New York Times article delving into research on fish cognition and depression. Essentially, they concluded that, yes, forcing a fish to live in a barren, tiny tank negatively impacts their mood. These fish are beautiful but they do not exist to visually please humans!

If you already have a betta fish and are now guiltily glancing over at their small, sparse tank, don’t worry – there are plenty of resources to teach you how to give your friend the environment they deserve! Contrary to common belief, fish are cognitively complex creatures. Bettas have the capacity for long-term memory, can bond with their owners, and enjoy engaging with their environment. Because of their natural curiosity, you owe it to your betta to provide them an enriching environment full of various plants, rocks, moss balls, and driftwood. Similarly, bettas need a tank that will allow them to freely move around all these objects so a 2.5-gallon tank should be the minimum size, though a 5-gallon tank is much better! A large, enriching tank is all the more important if you have more than one betta. Sometimes bettas can become distressed when they are not able to hide or spend time alone from other fish (which I’m sure many of us can identify with). Also, the 5-gallon rule is per betta, so if you have two fish, get a 10-gallon tank.

Keep in mind that these are tropical fish and thrive in temperatures around 76 degrees Fahrenheit, so unless you live in a tropical climate, a tank heater is a must. In addition to a heater, a water filter is incredibly important. Unfiltered water is dangerous to your betta’s health as ammonia and nitrogen build-up can lead to illness and even break down the structure of their fins. Finally, betta fish are known to jump, so make sure your tank has a lid.

What if you don’t have a betta but now have an affinity towards them after reading about their struggles. . .

I might be writing this section as a way to convince myself not to give in to my newfound love of bettas, but if you have read this article and are considering getting one, I have to warn against it. While “rescuing” these unique fish from the tiny, barren cups at Petco might seem like the most heroic action, unfortunately, you will just be signaling to these pet stores that there is a demand for these fish. With that demand comes more breeding, more shipping, more tiny cups stacked on top of each other. If you really want to help bettas, tell your friends and family to avoid purchasing them. Or if they already have one, let them know if their tank looks barren and dismal. Finally, you can advocate for bettas by letting Petco and other stores know that you don’t support the cruel pet trade they profit off of!  Call, send your own email, or click here for a pre-drafted email that you can send to Petco!