By Susan Wagner and Carol Walker 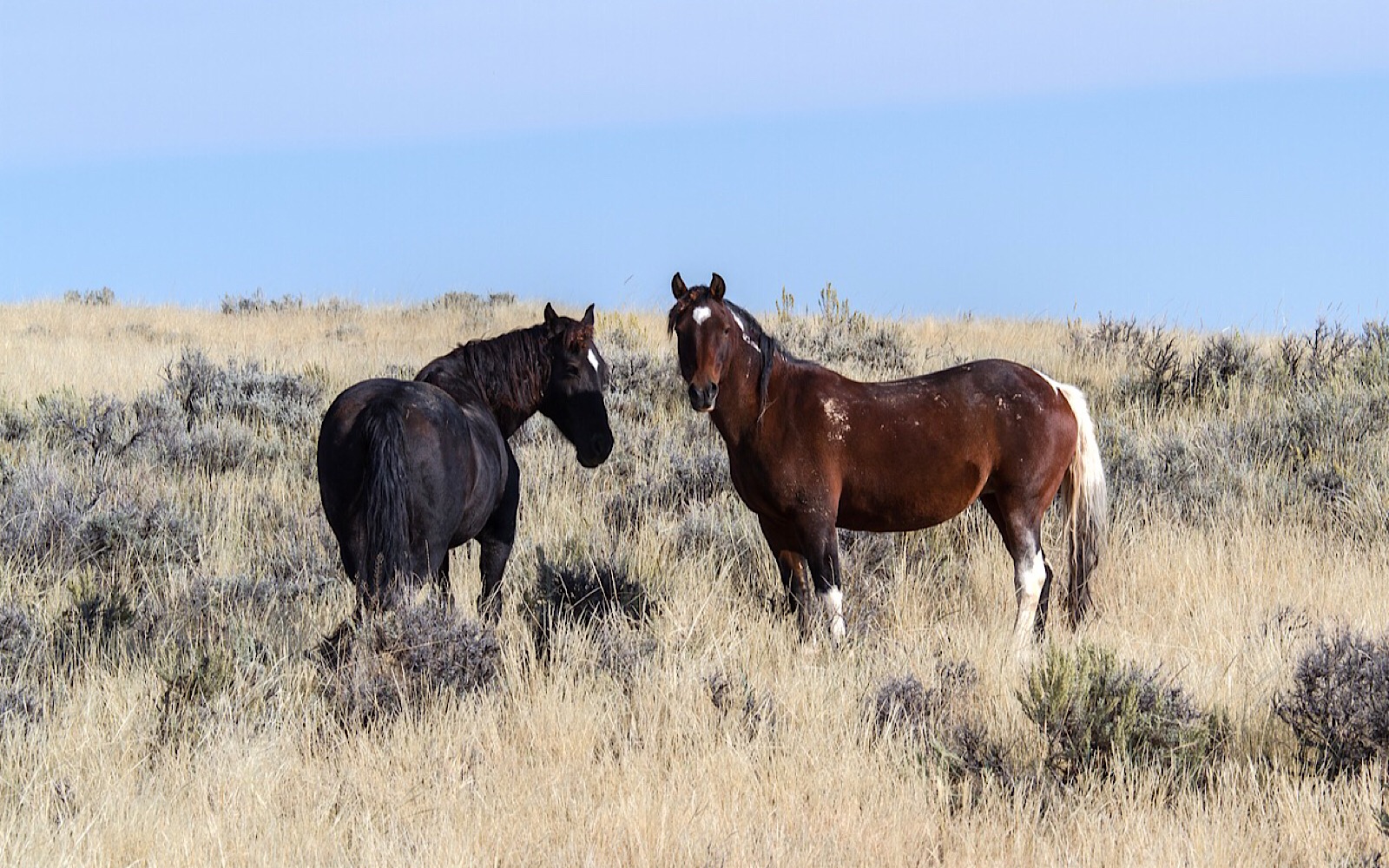 Since 2007, when the last horse slaughterhouse operating in this country closed its doors, attempts by special interest groups in ranching, oil and gas, mining, and the gun lobby, to return this repulsive and unpopular practice to U.S. soil have been made at every opportunity. Fortunately, they’ve failed. Horse slaughter proponents love to claim that slaughter is a form of humane euthanasia. Nothing could be further from the truth. Regardless, slaughtering horses for food goes against our very culture, which is why they are not bred for that purpose and never will be.

Equines are routinely given drugs that are banned in animals bred for human consumption, including Phenybutasone or “Bute,” the most common medication administered to equines. Bute is an anti-inflammatory drug and the subject of a 2010 landmark study (Marini-Dodman), which documented a direct link to cancer and serious blood diseases for humans who consume the meat of equines administered with that drug. Bute is just one of numerous medications administered to horses which carry the warning, “Not intended for horses bred for human consumption.”

Horse slaughter is also detrimental to local communities and bad for business. According to Paula Bacon, the former two-term Mayor of Kaufman, Texas who led the charge to close the horse slaughterhouse operating in her community for three decades, when slaughterhouses came to town, businesses left, people moved, environmental conditions were compromised, and crime increased. When the plant finally closed, the crime rate plummeted and the quality of life improved dramatically.

Special interests have also been trying to convince Congress that there is an “overpopulation” of wild horses and burros on our public lands and that these animals are bad for the environment – this is also untrue. Scientific studies have shown that wild herds actually benefit the environment with a positive impact on the growth of vegetation where they roam. The uniqueness of an equine’s digestive system helps provide important nutrients to the soil which benefits the absorption and retention of water on which diverse numbers of plants and other wildlife depend on.

Since passage of the Wild Free-Roaming Horses and Burros Act of 1971, federal protections for our wild horses and burros roaming our public lands have been chipped away to the extent that extinction will be inevitable unless dramatic steps are taken. The current Administration wants to allow wild horses and burros to be sold “without limitation” (slaughter), and their 2019 Federal Budget proposal contains language to include the outright killing of tens of thousands of wild horses and burros being held captive in Bureau of Land Management (BLM) holding facilities, as well as herds still on public lands.

A five-year investigation by Wild Horse Freedom Federation, which obtained most of its information from Freedom of Information Act (FOIA) documents, proves why so many BLM claims are false, including over 26.9 million acres of land (half the area that was designated as federally protected areas primarily for the wild horses and burros since 1971) being snatched away from these animals over the past 45 years. In addition, the BLM’s idea of what constitutes a “viable herd” is in direct conflict with many geneticists and other experts whose own research indicates that the viability of the herds is being destroyed by the BLM’s unnecessary round-ups and other policies implemented to weaken, rather than strengthen their survival.

There is a tremendous amount of public support to ban horse slaughter and protect our wild herds, and polls show the vast majority of Americans supporting this view. The 1971 Act recognizes the wild horse as an “integral component of the natural system.” But, until we finally pass federal legislation banning horse slaughter, we will have to keep fighting the same fight over and over to protect our wild and domestic equines from this unspeakable fate.