California’s Bobcats Are Being Killed to Fuel the International Fur Trade. Here’s What You Can Do

In 2013, the Bobcat Protection Act was passed by the California legislature to prohibit the commercial trapping of bobcats in or around national parks or wildlife reserves in California. In addition, the bill also prohibits the commercial sale and export of bobcat pelts. Before this act was put in place, it was perfectly legal for fur trappers to line the perimeters of national parks with traps and bait bobcats out of the park’s protected bounds to meet their ultimate demise. Aggressive fur trapping has caused the Mexican bobcat population to dwindle, leading this sub-sect of the species to be classified as “endangered.” With the Bobcat Protection Act in place, conservationists hoped to give the species a fighting chance.

However, despite this legal protection, the bobcat is still being persecuted as trapping continues in other parts of the state, and because, even two years later, the law has yet to be truly enforced. Although, bobcats play a large role in California’s wildlife tourism economy and are a keystone species, the rising demand for bobcat pelts in China and Russia has driven up fur prices and caused a boom in bobcat trapping in California.

This beautiful big cat is being barbarically trapped, killed and skinned all to satisfy the inherently cruel international fur trade. It is bad enough that this species has to suffer as a result of habitat destruction, but knowing it is being killed to become a fur coat really is obscene.

Bobcat’s Play a Critical Role in Their Ecosystems

The bobcat plays a huge role in their ecosystem by regulating the populations of small mammals and rodents. They are a top predator and without them the ecological balance would be turned upside down. We know that in areas where human activity has wiped out top predators, animals further down the food chain overpopulate their habitats, causing the dramatic decline of the ecosystem, as was the case when wolves were removed from Yellowstone Park.

Like all top predators the bobcat is threatened by misunderstanding and misinformation spouted by those who wish to kill them for fun or for profit. We need look no further than how anti-wolf propaganda has hindered the survival of America’s wolf populations to see the devastating impact. If some people had their way there is no doubt the bobcat would also be on the brink of extinction. 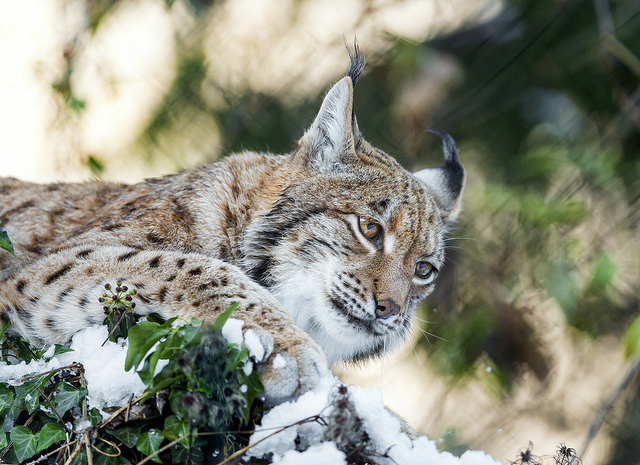 This is why the Bobcat Protection Act is such a vital piece of legislation. What needs to happen next, however, for the act to be effective is proper enforcement of the current legislation, and an expansion of the ban against trapping across the state. In its current stat, the spirit of the legislation is being completely undermined and it is high time that decision makers use their power and influence to stand up for wildlife instead of sitting by and being complicit in this persecution.

In response to the failings of the Bobcat Protection Act, a campaign run by the Center of Biological Diversity has been growing to see the Bobcat Protection Act properly enforced. Encouragingly the California Fish and Game Commission, the entity tasked with making the decisions regarding the bobcat, is seriously considering is a statewide ban on all bobcat trapping.

Campaigners have highlighted that the commission would only choose this option if they hear loud and clear that people are outraged by this trapping. It is therefore so important that people speak out and let the commission know that the trapping, killing and skinning of bobcats cannot be tolerated. They must strengthen the legislation so that the bobcat remains free from persecution in its natural environment and not exploited to be worn as fur coats in Moscow or Beijing.

The most outrageous aspect of this whole issue is that it is barely 100 trappers carrying out this persecution of the species in California. As usual it is a tiny minority of people that are killing bobcats for fun and profit. You would think that when you weigh up all the positive contributions this species provides for the local ecosystem and local economy they would far outweigh propping up the international fur trade for the pockets of a less than 100 individuals.

Camilla Fox at Project Coyote sums it up perfectly: “The value of one live bobcat to the millions who enjoy wildlife watching far outweighs the value of one dead bobcat to one fur trapper”.

What You Can Do to Help the Bobcat

The Center for Biological Diversity is urging the California Fish and Game Commission to protect these ecologically important California natives by banning all bobcat trapping throughout the state.

“These animals are not commodities to be exploited by a handful of trappers, and so we must protect and value them for what they are — living members of a healthy ecosystem. If the state is to bring its wildlife laws into the 21st century, it must vote for a complete ban on trapping bobcats.”

You can support this campaign by taking part in the action here.