Blaze, the Talking Husky, Says ‘No’ to His Kennel in This Hilarious Video 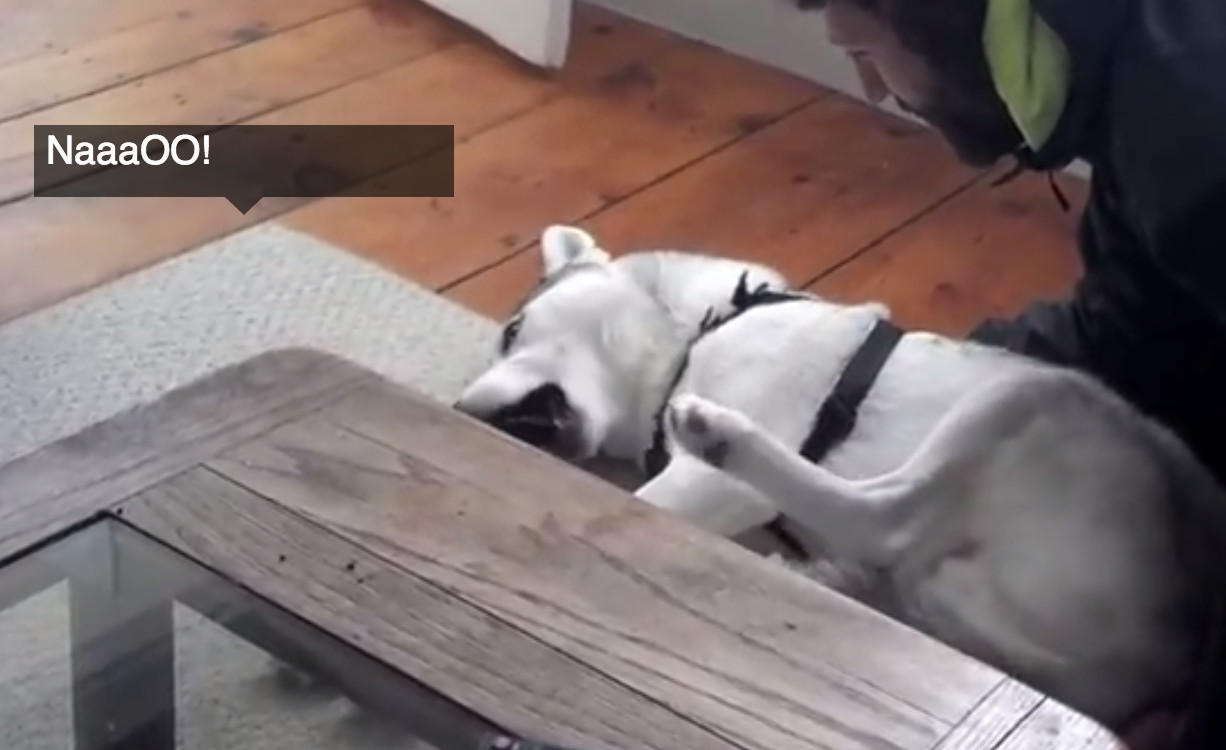 Freedom, it’s what every human wants but we often forget that animals want that same freedom, even in small amounts. Our pets too often end up in cages or in kennels, waiting for us to return home for the day. Some are comfortable and turn into the pets’ own safe place, while other crates turn into a dog’s jail cell.

No one likes being told to go to their rooms, but Blaze, an 11-month-old Husky, especially doesn’t like to be told to go to his kennel. This beautiful dog even goes as far as vocalizing his protests in a hilarious way in the video below. If you listen closely, it sounds as if Blaze is saying “no” over and over.

His protests are quite comical and he doesn’t budge an inch for his guardian. Blaze obviously doesn’t like the confines of his kennel and just the mere mention of going to them makes him speak “no.” He’s developed an impressive talent to fight for his freedom and this video is a definite must-see!