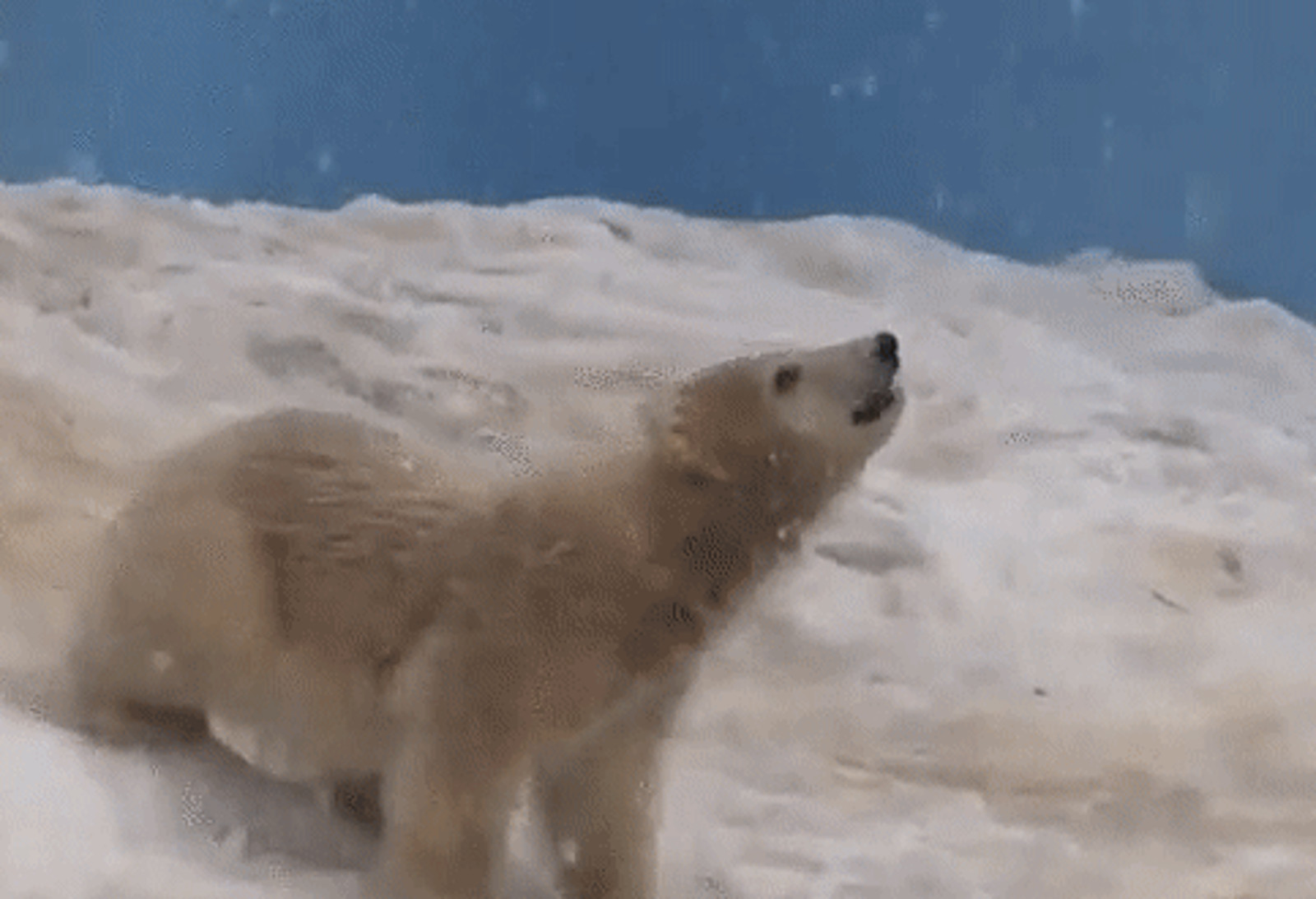 It might not be every day that we get to see polar bears, but regardless of how often we interact with these animals, most people have a pretty good understanding of what the ideal basic environment for these bears is. We all grew up with images of polar bears running through blizzard conditions and frolicking across snow mounds, so it’s fairly well understood that this particular species of bear requires a cold, Arctic habitat to thrive. But regardless of this knowledge, polar bears are frequently taken from their native home and forced into captivity in zoos across the world.

The climate conditions of these zoos are rarely taken into consideration when the decision to open a polar bear exhibit is made. Rather than worrying if the sun or temperature will be too much for these bears, zoos build air conditioned enclosures, completely fitted with a small swimming pool to keep the animals “cool.” We were recently witness to what this sort of flippant thinking could do to a captive polar bear when we watched Arturo, a bear kept in a sweltering Argentinian zoo, deteriorate due to ill-health. But it seems that the obvious ridiculousness of keeping a polar bear in a zoo enclosure is still lost on the majority of these facilities. It can be easy to ignore the absurdity of this situation … but when you see things like this, it just comes crashing down into a big pile of “WTH?!”

This short video shows a polar bear cub catching snow as if it is the first time he’s seen it. While this might seem cute, we can’t help but recognize that in the wild, this cub would see snow daily…

There is no denying that this little one is incredibly adorable and his sense of surprise and wonder upon seeing snow is one of the sweetest things in the world. But we can’t forget that though this cub gets to experience snow … he should be able to do so in the wild. In captivity, this cub will grow up never knowing what it is like to run through a vast expanse of polar territory or dive head first into frigid waters to hunt for a meal. This bear will live a life completely devoid of any semblance of purpose or drive for survival. He may be taken care of and never have to worry about going hungry, but does that really matter if it means he is being robbed of everything that fundamentally makes him a polar bear?

The extreme boredom and frustration with this tiny ice box will likely lead this cub to exhibit stereotypic behaviors such as pacing or head bobbing. These pointless, repetitive actions are thought to be physical manifestations of extreme mental distress. According to Polar Bears International, “Some 85 percent of North American polar bears [in zoos] do it, devoting nearly a quarter of their “active day” (i.e. the time they spend alert and moving) to this behavior.”

So it might be tempting to see this cub and squeal with the cuteness, but we need to be more critical for the sake of these animals. We all have the power to spare wild animals the pain and frustration that comes with living in captivity and it starts with never attending zoos. These facilities only remain open thanks to profits, so if ticket sales disappear the need to hold animals prisoner will as well.

We can also help to conserve the polar bear’s natural habitat by reducing our personal carbon footprint. One of the best ways to do this is to eat more plant-based foods and less meat and dairy, as animal agriculture is the largest single source of greenhouse gas emissions. To learn more about how you can help polar bears at every meal, click here.
>
Image source: Imgur