Atlanta Men Take Dog Hit by Car to Emergency Vet But Are Turned Away. A NYC Rescue Helped 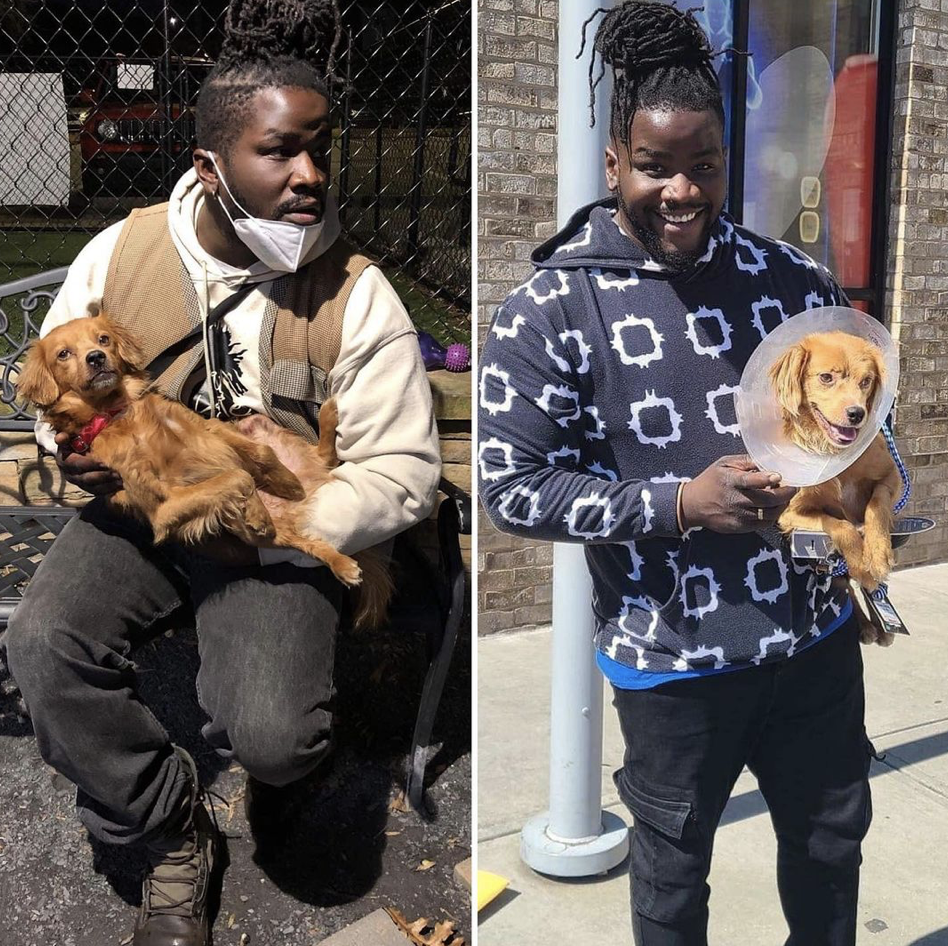 A NYC non-profit sponsored thousands of dollars in procedures after two Atlanta men, Kelechi and Faris, stopped traffic to pick up a puppy that had just been hit by a car in oncoming traffic.

Kelechi and Faris were horrified, according to a post from Second Chance Rescue NYC Dogs on Facebook, but were able to stop their car, run into the road and carry the dog to the emergency hospital, playing music to keep the dog awake.

Sadly, when the two men found an emergency vet and asked for help, they were turned away. However, they didn’t stop until they found help. They ended up at BluePearl Veterinary Hospital, then Fulton County Animal Services, who sent photos of the injured dog to Second Chance Rescue NYC Dogs.

Second Chance said that the pup needed many procedures, surgeries, and veterinary care to heal from the physical trauma of the car accident and decided to sponsor them! “He was taken to BluePearl Veterinary Hospital, where he was given medication to reduce the swelling from his head trauma,” Second Chance said.

Dolph was placed in an oxygen chamber because he had a pneumothorax and bruised lungs due to blunt force trauma. There was free fluid around the bladder and a small rupture, both of which resolved on their own. Dolph also sustained multiple pelvic fractures, which led him to be on bed rest for a few weeks, said Second Chance.

“When a song by artist Young Dolph came through the stereo, the dog perked up,” the rescue group wrote. “From that moment on, this tiny little golden pup was officially known as Dolph.”

When the day finally came that Dolph was released from the hospital, he was officially adoptable, and Kelechi was there waiting with open arms for his new canine friend!