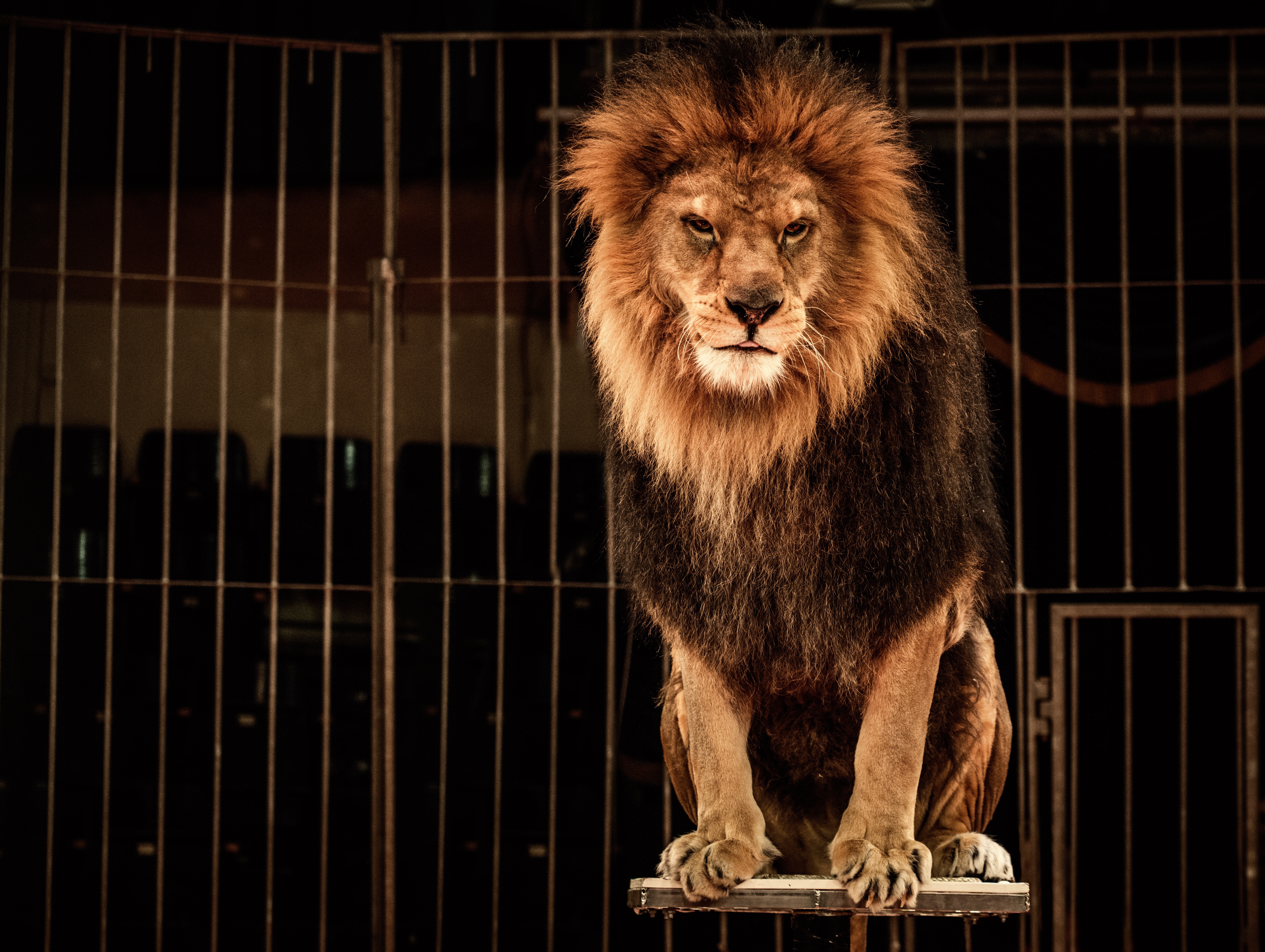 Wild animals do not belong in captivity. Their physical and mental health suffer greatly. Circus animals, specifically, are extremely exploited for entertainment. They’re taught to perform tricks that are completely unnatural for them. Not to mention, the training for such tricks involves cruel methods like prods, whips, starvation, and more.

Considering their miserable living situations, it’s easy to understand why a captive animal might become aggressive. Some of the aggressive, abnormal behaviors they display are pacing, banging their heads against their cages, and self-mutilation. In other captive environments like zoos, animals have even attacked and killed each other. An example of a violent incident in the past is when a Russian dancing bear attacked his trainer in front of a crowd. Recently, a similar situation happened involving a lion at a circus in the Ukraine.

Lion ‘tamer,’ Hamada Kouta was recently attacked by in Ukraine during a show. In the video, it appears that the lion has clearly had enough of the circus. He can be seen hitting the trainer with his paws before attacking the trainer, biting his shoulder. Despite their choice career path, we do not wish anyone harm, so we are glad the trainer survived. The lion did not bite the trainer’s neck which would most likely have resulted in death.

Kouta says they usually give the animals three days to settle in a new location, but they began performing right away and he believes that’s why the lion was stressed. Although the traveling schedule of a circus must certainly cause more stress to captive animals, it’s been proven that circus animals live stressful lives because of the very fact that they are being held captive. They cannot hunt, roam, or follow their instincts in the many other ways that they do in the wild.

The trainer did not blame the lion and says he takes the blame for the attack because he “missed his moment,” but he did refer to circus animals as his “children.” So many of the animals found in captivity are taken from their mothers as babies to be brought up in solitary environments where they then “develop stress related illnesses, depression, anxiety, and extreme frustration.”

Kouta also mentioned his biggest concern at the moment of the attack was to not frighten children visiting the circus, but it’s a dangerous message to children to say that the big cats are like children to him. This teaches children that they can dominate wild animals or be to them what their natural family would be, which is not the case. Being held captive by humans is not the same at all for a lion as being with their pride.

If you need more proof that wild animals don’t belong in the circus, see Rescued Circus Lion Feels Grass and Dirt for the First Time in 13 Years!