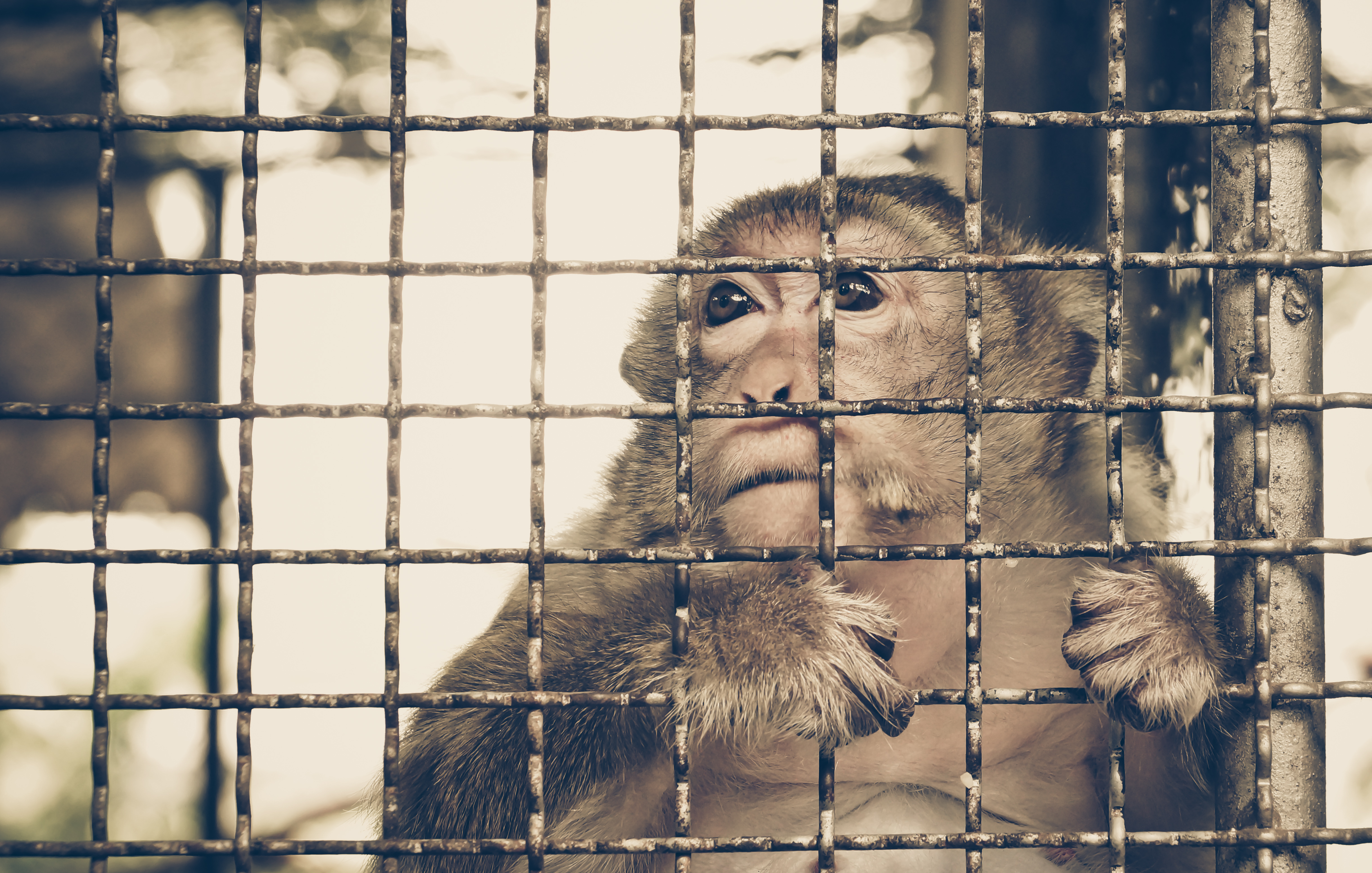 Primate labs seek to exploit primates due to their advanced intelligence, but keeping primates caged is a deal with the devil, to say the least. Captivity is terrible for all animals, but especially difficult for highly intelligent primates, who suffer from a wide range of mental health disorders, including isolation, self-harm, and insanity.

It’s not a pleasant thought, but even primate testing labs have standards. And when chimps and other primates are viewed as living science experiments rather than the self-aware creatures that they are, there are bound to be abused of their already flimsy protections.

After reporting a whopping 12 federal violations amassed by the Oregon Health and Science’s (OHSU), the Primate Lab has drawn severe criticism from animal rights groups, with PETA labeling the lab the worst in the country, and Stop Animal Exploitation Now filing suits with the USDA on behalf of the wronged animals. To give some perspective, the next-worst primate lab only had 4 violations. PETA has even filed a request with the government to close the lab over their poor treatment of the animals.

While some in the scientific community believe in progress at any cost, animal rights groups have had plenty of success against primate labs. Universities like Harvard have already shut down their primate lab, with other institutes also facing mounting pressure. Public outcry can have a serious effect to save human’s closest biological relatives.