Animal-Based Research is Not the Way to Help PTSD Victims 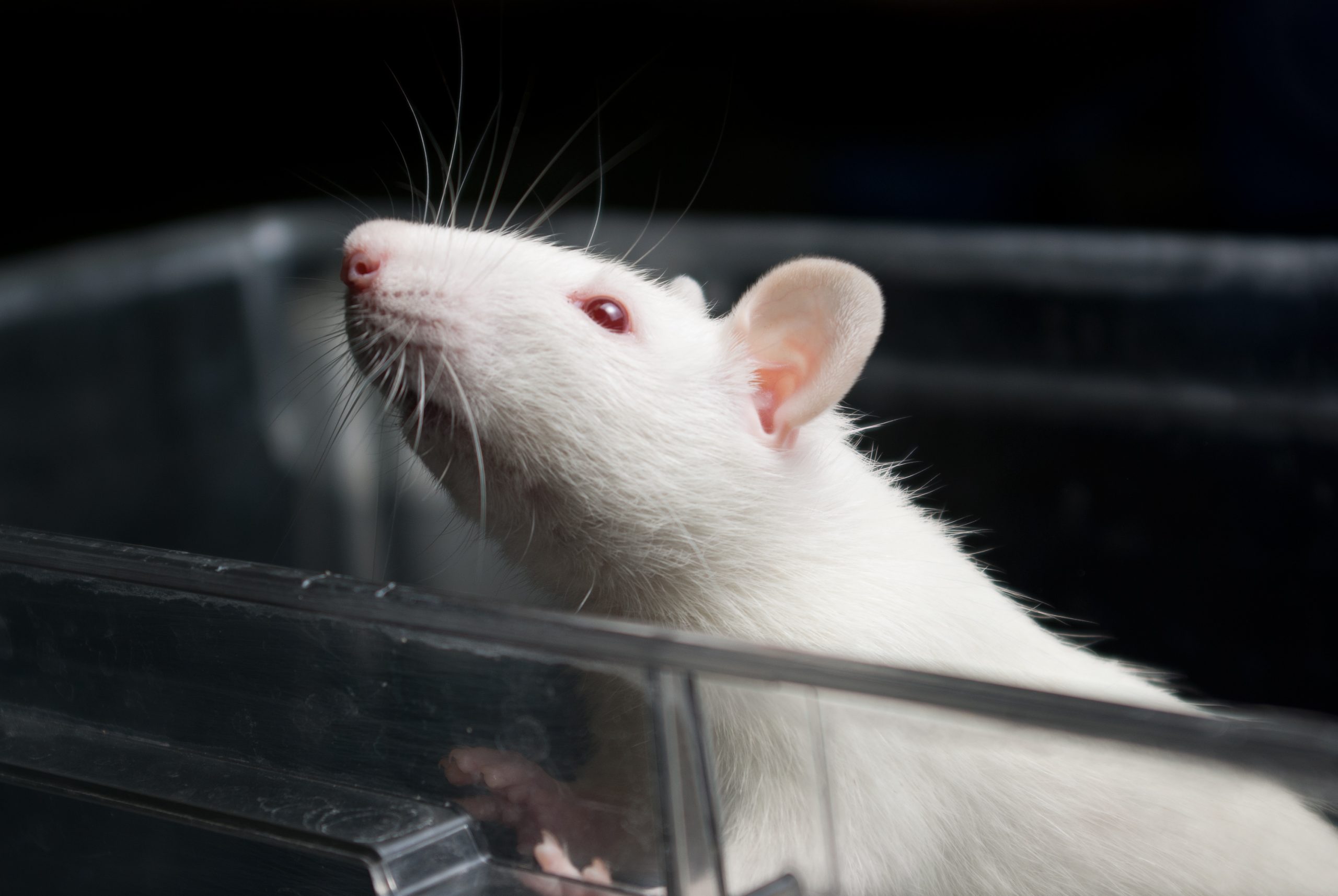 Millions of Americans are suffering from Post-Traumatic-Stress Syndrome (PTSD), a psychiatric disorder that is triggered by memories of a traumatic or terrifying event. It commonly afflicts combat veterans and victims of violence.

Although effective, evidence-based therapies exist to treat PTSD, only 10% of patients are receiving these treatments.  Instead of bridging this gap in access to treatment, millions of government dollars continue to fund experiments that intentionally traumatize animals in a useless and barbaric attempt to study this uniquely human condition.

Citizens for Alternatives to Animal Research and Experimentation (CAARE)’s report, “From Trauma to Treatment: Addressing the crisis in treating Post-Traumatic Stress Disorder,” details the sweeping failure of PTSD experiments on animals, while providing information on effective, validated treatments and modalities for human-based research.

Why animal-based Research for PTSD is flawed

The report details targeted psychotherapies that have been shown to successfully treat PTSD, such as Eye Movement Desensitization and Reprocessing (EMDR), exposure therapy (ET), and accelerated resolution therapy (ART). These treatments are well-established, rigorously tested, and recommended by health professionals for treating PTSD.

Some studies have shown astonishing success rates with these treatments. EMDR, during which a patient recalls a traumatic memory while focusing on a therapist-directed signal such as hand-tapping, has been found to alleviate combat veterans of PTSD in 12 sessions.  Another study determined that 100% of single-trauma victims and 77% of multiple-trauma victims were no longer diagnosable with PTSD after only six 50-minute sessions of EMDR.

These therapies are drug-free, low-cost, and recommended by the Department of Defense (DoD), Veteran’s Affairs (VA), and the American Psychological Association (APA), yet only ten percent of patients suffering from PTSD receive these effective treatments.

Furthermore, there is a growing recognition that animal research is fundamentally flawed, and that data obtained from animals does not apply to humans.  In particular, more than 90% of neurobiology research using animals fails utterly to be applicable to human medicine or treatment.

Drug testing on animals is notoriously inadequate, as only 8% of investigational new drugs that test safe or effective in animals are ultimately approved by the U.S. Food and Drug Administration.  The remaining 92% pass animal trials but prove to be unsafe or ineffective for humans.

To study PTSD with animals, scientists create what they call “animal models” by tormenting, and in some cases torturing, them.  One of the most common methods for traumatizing animals is through repeated electrical shocks.  This is often used in tandem with devices to physically restrain or immobilize animals.

Another method, “underwater trauma,” forces animals to swim for a period without rest before submerging them entirely in a metal net for half a minute. Researchers tout this technique as successful for inducing PTSD because they claim the animals believe they are truly drowning.  Additional ways scientists attempt to traumatize animals are through chronic stress, social isolation, maternal separation, exposure to predators, excessive noise, and combinations of all of these.

The stress, pain, and violence inflicted on animals are intended to provide data about the neurophysiological mechanisms that cause PTSD, but all evidence shows that animals do not experience anything like PTSD and are thus extremely poor models for studying humans. PTSD in human patients is diagnosed based on a verbal description of symptoms, nightmares, and flashbacks, all of which are unverifiable in animals.

Excessive failures arising from basic research, much of it dependent on animals, have resulted in enormous financial losses in developing new pharmaceutical treatments. In particular, developing drugs for mental health disorders has proven to be expensive and high risk with the result that pharmaceutical companies worldwide are scaling back or outrightly abandoning drug-discovery programs in neuroscience.

The notion that we can only study the biology of the human brain through studying animals is archaic and countered by a range of modern-day efficient and effective methods for studying neurobiology in humans. These methods are non-invasive and ethical and include non-invasive neuroimaging techniques, such as functional magnetic resonance imaging (fMRI), positron emission tomography (PET) scans, and electroencephalograms (EEGs), all of which provide a direct way of looking at the human brain to study PTSD.

These imaging techniques are currently being used to map the brain, find PTSD pathways, and analyze brainwave patterns in PTSD patients.  Additionally, fMRI data can be combined with computer modeling and statistics to better understand how brain networks connect and interact.

One valuable method being utilized in PTSD research is post-mortem tissue analysis.  Several brain banks provide researchers with access to donated human brains from deceased patients that can be genetically and histologically analyzed for clues into the disorder.

Citizens for Alternatives to Animal Research and Experimentation (CAARE) has launched a campaign to stop PTSD research on animals and call for redirecting funding from inhumane animal experiments to bridging these barriers to accessing effective treatments CAARE’s campaign, called Terror in the Lab, will include legislative and widespread public outreach and will expose and call out current animal experiments done to study PTSD.

CAARE has sent letters to the National Institute of Mental Health, Department of Veterans Affairs, and Department of Defense, all of which pour millions of dollars into heinous animal experiments, requesting that these funds instead be directed towards human treatments and research.

Please join CAARE’s campaign by sending your letter to the above agencies to let them know that funding for outdated animal experiments must be redirected to effective, evidence-based treatments for treating PTSD, or where research is needed, to human-relevant research methods

Sign this letter to end funding for PTSD experiments on animals!