By Barry Londeree, Program Manager of Animal Research Issues for the Humane Society of the United States 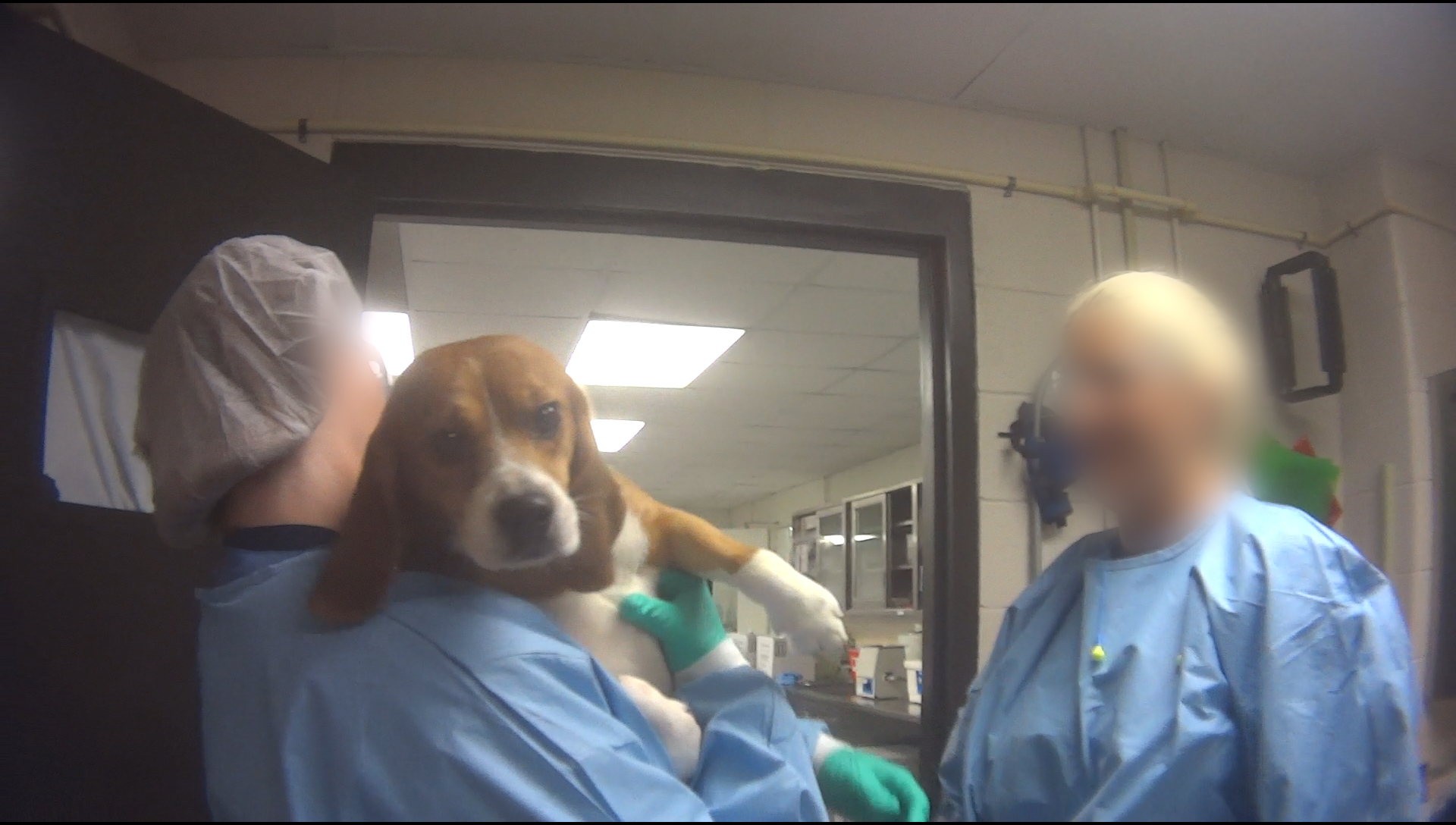 Each year, more than 58,000 dogs are used for experimentation in U.S. public and private research and testing facilities. Scientists may induce symptoms of serious conditions like heart disease in the animals, remove or damage some of their organs, fit them with equipment to impair normal bodily functions, force-feed drugs, pesticides, or other substances to them, to observe such harmful effects such as heart failure, liver disease, signs of cancer or even death. They are housed in barren steel cages, often alone, for their entire lives. Some dogs—an average of 660 each year—are deliberately denied the benefits of drugs or other palliative treatment to relieve their pain and distress. Following the conclusion of an experiment, the dogs are often killed to allow for examination or further testing of their organs.

A previous HSUS undercover investigation showed beagles being poisoned with pesticides and drugs and killed at an animal testing lab in Michigan, ultimately leading to the cancelation of one experiment and the release of 32 dogs from the facility.

In a recently published white paper, we scrutinized projects using dogs funded by the federal National Institutes of Health and evaluated their ultimate impact. Our analysis revealed that between 2015 and 2019, over $200 million was awarded by NIH to 200 individual institutions for 303 separate projects using dogs as experimental models. And yet, there appear to be few, if any, appreciable benefits to humans.

What Needs to Be Done

We need a proactive approach to hasten the end of dog use in experiments, and we’re urging policymakers to pursue the following recommendations:

What can you do to help?

No dog deserves to suffer in a laboratory. As we work to implement each of the proposals in our white paper and end all use of dogs in experiments, we need your support. Please sign our petition to federal agencies urging them to end dog testing as expeditiously as possible. And please reach out to your state elected officials and demand they take action to end research and testing on dogs not required by federal law, require the adoption of dogs currently used for experiments, and support the call for investments into testing methods that do not cause animal suffering.

The world is moving inexorably toward a future in which scientists use human cells and tissues, 3D printing, robots, computer modeling, and other sophisticated methods to carry out experiments. We should work to make sure that dogs are among the most immediate beneficiaries of this trend, and with your help, we can save the lives of thousands of dogs each year while securing superior scientific and medical benefits at the same time.