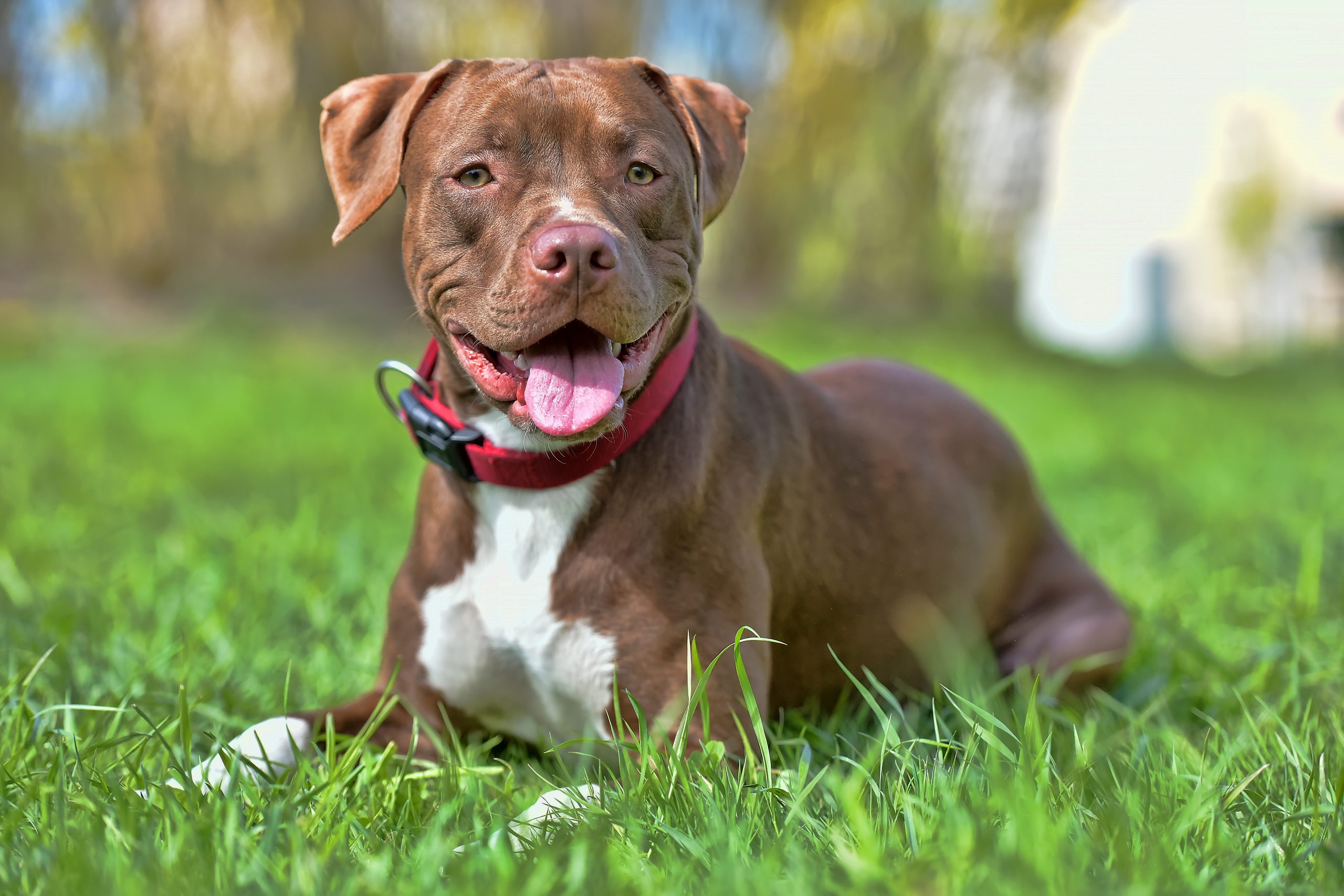 Pit bulls are big, scary dogs. Everyone knows it’s not safe to be around them because of how aggressive they are, right? It’s not like they’re just like any other dog – capable of being playful, loving, cuddly, and silly. No way! How could they have gotten such a negative reputation if it weren’t their own doing?

While my sarcasm is (hopefully) obvious, there are many people who still believe that pit bulls are naturally vicious and dangerous. Sadly, this perception leads to a large number of pit bulls ending up in shelters and never finding their forever homes. Many people have such an aversion to these sweet dogs not because of the dogs themselves, but because of the actions of other human beings. Pit bulls are often bred and trained using extremely cruel methods to fight other dogs in dogfights where the only choice that they have is to fight or to die. However, this behavior is not natural nor inherent to pit bulls.

Just like every other dog, pit bulls can be incredibly sweet, playful, and fun to have around. See for yourself in these 10 videos of “vicious” pit bulls!

When Kayla Filoon saw Russ come into the animal shelter that she worked at, she knew that she needed him in her life. And Russ felt the same way! From day one, Russ was a loving pup who showed his gratitude through cuddles! He may have looked a bit beat up, but this sweet boy is no fighter; he’s pro-cuddler aggressively good at snuggling!

2. Luna and Lily: The Best Playmates Anyone Could Ask For

Luna and Lilly were dropped off at the shelter together and as soon as their would-be rescuer, Jamie, saw a post about the two blind pups, she sent in an application. The gentle pit bulls haven’t left each other’s side since! They sleep together, play together, and even help bring in groceries together! If that’s enough proof of how gentle pit bulls can be, it’s also worth mentioning that Luna and Lily are also the favorite playmates of Jaime’s five-year-old niece. Jaimie will often find the three of them napping or hosting tea parties. How posh!

If you love babies and dogs – this compilation will put you in the best mood. While many people try to keep their children away from this “dangerous” breed of dog, these parents know just how sweet pit bulls can be. Sit back, relax, and enjoy three minutes of adorableness.

4. Brutus Dances Every Time He Gets a Treat!

This video is such a treat to watch! Brutus is one of the most energetic dogs we’ve ever seen. And how does he expend this energy you ask? Not barking or attacking or being aggressive towards any unsuspecting passersby. No. Brutus loves to…dance! That’s right this pup is the Fred Astaire of pit bulls. Every time he gets a treat or toy, he can’t contain his excitement and starts dancing. If that’s not the cutest response to a treat that you’ve ever seen, we don’t know what it is.

5. Frank Plays with a Baby Mobile!

One day, Frank’s owners caught him attacking…a baby mobile! Oh yes, this pup pawing away at brightly colored baby toys is definitely vicious. What could be more dangerous than this pup? A rottweiler playing with a stroller? A Doberman playing with some stuffed animals?

While she was used for breeding puppies by a backyard breeder, Lexy had never even had the chance to go outside. Her belly almost touched the ground from overbreeding and she had obviously suffered a lot of physical and emotional pain. Fortunately, Lexy’s rescuer was ready to give Lexy the best life possible full of love, walks, and attention. While Lexy initially didn’t take interest in toys, she finally found a toy that was just as “scary” as her: a stuffed shark named Bruce! Lexy never goes anywhere without her BFF. He gives her the comfort and confidence that she needs to be herself.

This compilation shows just how silly pit bulls can be! They’re all from the Friends to the Forlorn Pitbull Rescue, which is dedicated to rescuing, rehabilitating, and finding forever homes for these often-overlooked dogs. Watch this fun compilation of these pit bulls trying to catch toys to see if pit bulls really are naturally vicious. Spoiler: they’re not.

8. Dennis is Obsessed with Going to the Beach

This pit bull, Dennis, freaks out not because he’s violent or aggressive, but just because he loves the beach! Every time he hears the word “beach” or his owner, Drew, is getting close to the beach’s turnoff, Dennis starts yelping like a seal. He just can’t contain his excitement – and you’ll see why. Check out how awesome their beach trip is – running around, playing with sticks, swimming in the water. It’s no wonder Dennis gets so excited!

Bubba was rescued from a shelter when he was just a puppy. Six years later, his family also adopted a kitten, Rue, who Bubba immediately took to. Despite his size and the assumptions that people have about pit bulls, Bubba was as gentle as could be. He gave Rue time to adjust and eventually they became best friends. Now Bubba grooms Rue, gives her kisses, and cuddles her while they nap. He’s definitely one sweet and affection pup.

10. Bruce the Gentlest Pup that was Labelled “Dog Aggressive”

In addition to viewing pit bulls as vicious towards human beings, some people also label pit bulls as “dog aggressive.” That was the case for Bruce. However, after meeting the sweet pup, Bruce’s would-be adopter, Alex Knappenberger, didn’t believe that Bruce couldn’t be around other dogs. When they went on a walk together and passed other dogs, Alex’s belief was proven correct! Bruce didn’t care at all. Once he was adopted, Bruce became the best of friends with his pit bull sister, Lucy, and acted like the sweetest, gentlest pup around. Bruce doesn’t have one mean bone in his body. He’s just a sweet guy who wants lots of affection and cuddles.