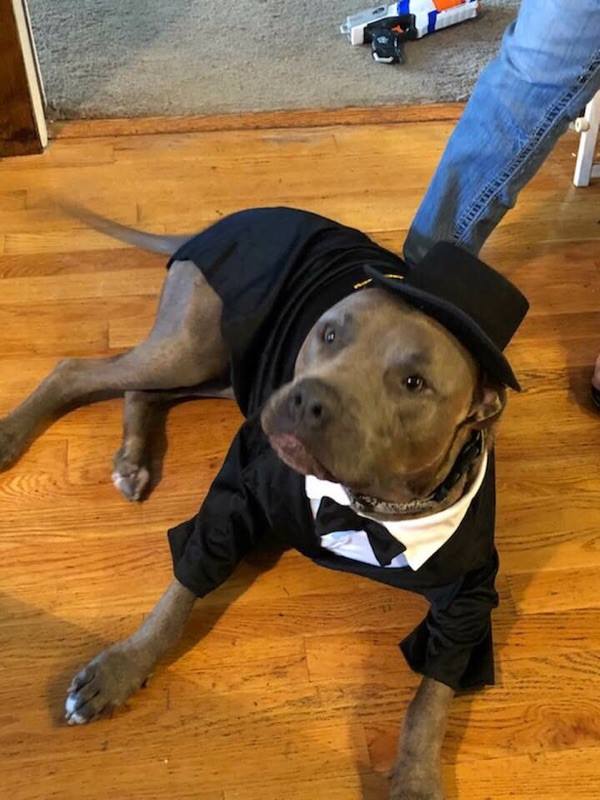 Children’s books are not lacking in stories of heroic dogs saving their little human friends from danger out of pure love and devotion – and it is important to remember that stories like that also very much happen in reality! It is because of a pair of brave family dogs that two young children from Brandon, Florida, came out unscathed from a recent unexpected incident featuring a highly venomous and rare copperhead snake.

The unfortunate snake slithered into the yard where the family’s two grandchildren were playing and enjoying a nice day. Luckily, the dogs immediately came to the rescue and, without a moment of hesitation, saved the kids from danger. The two Pit Bulls, nine-month-old Paco and three-year-old (and, as it turns out, aptly named) Slayer, killed the snake – but they also paid a price when, soon after, they had to be rushed to an emergency clinic with severe reactions to the close encounter. The vets found that both animals had been bitten by the copperhead.

At the clinic, the dogs were given anti-venom, but for Slayer, who had been bitten in the face twice, the pain was slow to subside. He is still recovering at the hospital, but the prognosis is great and he is expected to heal completely soon. Paco who was bitten by the snake on the elbow is already back home and doing very well.

“I can’t express how much our boys mean to us,” the dogs’ carer, Melissa Butt, said about the pair, “and to have Slayer in so much pain just breaks my heart. . . . They’re great, gentle boys who put themselves in harm’s way to protect the grandchildren.”

Frankie’s Friends, an organization based in Tampa, Florida, has launched a fundraiser website to help Paco and Slayer’s family pay the costs of the emergency medical care. The charity and the dogs’ family are grateful for every contribution to the four-legged heroes’ medical fund. You can donate to help them and, once the goal is reached, other animals in dire need of help here.

Update 9/10/20: As of January 2018, Slayer is doing great and has even become a spokesdog for Frankie’s Friends! He has also been on multiple news outlets and shows! Check out some photos and videos below: 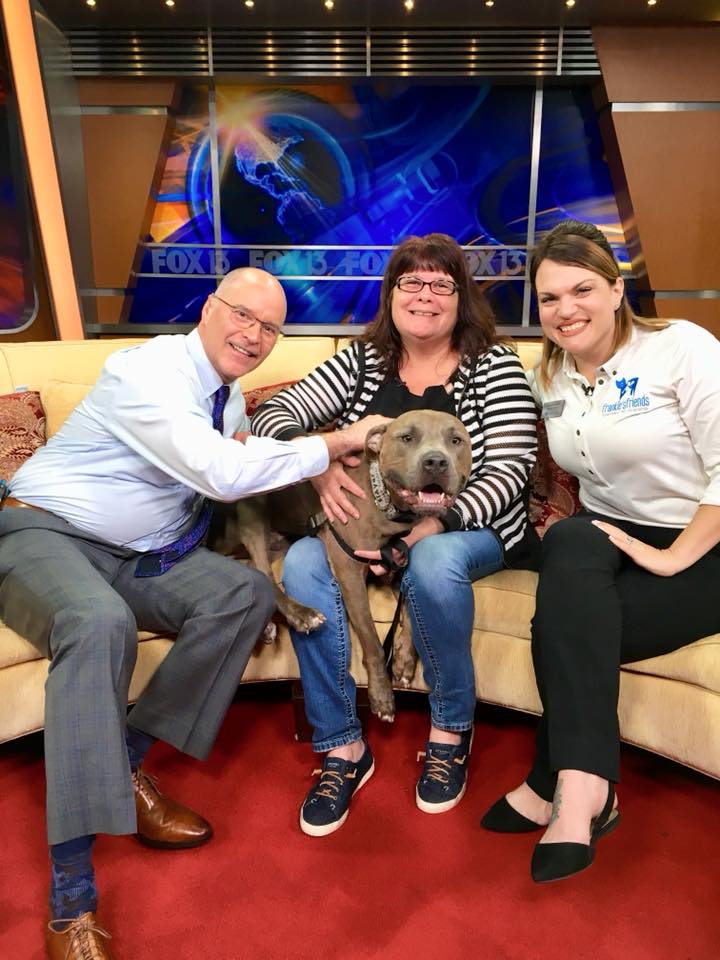