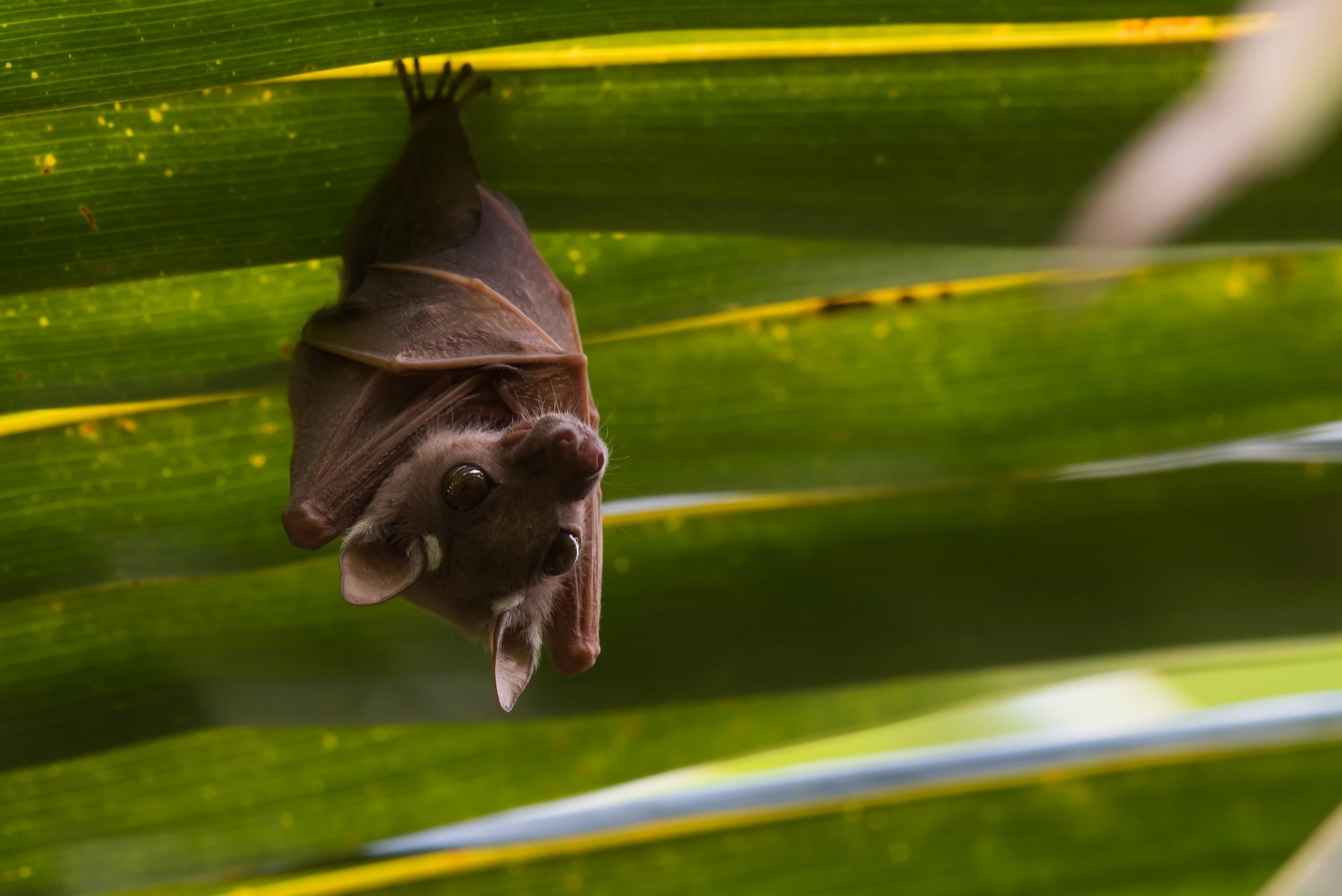 From the tiny, insectivorous bumblebee bat to the fruitarian giant golden-crowned flying fox, bats are an incredibly diverse species. Unfortunately, they’re also one of the most misunderstood and feared species. While many associate them with sucking blood and carrying diseases, bats are actually essential to the ecosystems in which they live. For example, they are efficient pest control agents, which is good for civilians and farmers alike. In fact, bats are estimated to save the United States at least $3.7 billion dollars each year on pest control! Similarly, bats are excellent pollinators and plant seed-spreaders. In fact, much of the fruit we eat today we owe to the work of bats! Aside from being critical to our environment, bats are more than just bizarre flying creatures. They all have unique personalities and are so cute! If you’re skeptical, be sure to check out the 10 videos below that show just how cute bats are!

As a 33-year-old, one-eyed bat, Statler is quite the character. During his long life, Statler has accumulated quite a few ailments, including arthritis, which makes flying difficult. Luckily, the workers at the Bat World Sanctuary in Texas help him simulate the fun of flying. As shown in the video, the workers carry Statler around the sanctuary as he lightly flaps his tattered wings. The best part is, he seems to love it! While watching Statler ‘fly’ with a little assistance is so sweet, the cutest part of the video might actually be when Statler and two other geriatric bats are shown hanging upside down and facing each other in their usual ‘morning meeting.’ What could they be plotting…?

Like Statler, Master Forrest is a flying fox. Flying foxes are a type of fruit bat, which should come as no surprise given how enthusiastically Master Forrest is chomping on the banana. This video is a perfect example of how cute and goofy bats are. With their huge dark eyes, wobbly little ears, and pointy tongue these creatures look like something out of a fairytale.

This heartwarming video details how Sarah, who suffered from debilitating anxiety, discovered her passion for helping injured and orphaned bats. Sarah never had any particular connection to bats, but when she began volunteering at an animal rescue she formed a strong bond with a bat named Banksi. This sweet little bat injured herself on a powerline and suffered burns that prevent her from ever being released. After becoming so connected to Banksi, Sarah started homing rescued bats independently and has even had around 90 bats at a time dispersed between her outdoor aviary and inside of her house. Sarah’s story shows that even though bats might not seem like the most cuddly and affectionate animals, they can form strong bonds and help people like Sarah find their purpose.

These delightful little creatures are baby microbats. Microbats are much smaller than other bat species, such as flying foxes, but are just as cute! They have wider, more scrunched faces and larger ears that make them resemble a pug or French bulldog. The small bats are great pest controllers and can eat at least 50 percent of their body weight in insects each night. Sadly, many species of microbats are threatened species, which is why rescuers like the ones who made this video are so important.

If you want to watch more baby bats looking absolutely adorable, you have to check out this video of Storm the rescued baby flying fox. This video shows the daily routine of a rescued baby bat, including flying lessons, being wrapped and fed, chirping and socializing, and just having fun. Storm’s routine is enough to make anyone envious!

If you need more baby bat cuteness after watching Storm, this video is perfect. These orphaned bats came to the Australian Bat Clinic after losing their mothers in an extreme heat event. While the bats in this video are so cute, the circumstances that led them to this bat rescue are actually part of a larger issue. As the video description aptly points out, flying fox colonies are threatened by a number of issues including habitat loss, climate change, and even just a negative public image. Fortunately, we have these rescuers to care for and rehabilitate these little creatures until they can be released back into the wild.

Ronan is another little rescued bat whose rescuers helped him grow into a strong independent bat! Part of his routine included wing flapping exercises to help him build up his strength. Once Ronan practiced enough, he loved flying. Even though he crash-landed a lot at first, he remained resilient and eventually became the independent, expert flyer he is today!

This spectacular-looking Gould’s Long-Eared Microbat is a perfect example of how unique and diverse bat species are. In contrast to flying foxes, her body is much smaller, her face is much shorter and wider, and her ears are incredibly long. This type of bat relies on echolocation to create a perceptual map of their surroundings, which is helpful for flying around at night and of course finding food. As mentioned in the video, the Gould’s Long-Eared Microbat, like other microbats, is a great natural pest control and loves eating many of the insects we find disgusting.

Some of these videos have shown rescuers simulating a mother’s embrace of a baby bat, but this video shows the true beauty of this bond. Like many other mammals, flying foxes are completely dependent on their mothers for the first few weeks of their lives. Watching Miss Clover lick her tiny baby bat is too cute to handle.

Finally, we have Amanda’s story as a bat rescuer. Like many of us, Amanda never thought much about bats until finding an injured bat on the sidewalk all the way back in 1994. After caring for the bat and helping her regain her health, Amanda realized how unique and charming bats. Her interaction with this bat inspired her to completely change her life and open up the first Bat World Sanctuary. Her organization was going through a period of financial hardship, until a video of their newest intake, Lil’ Drac, went viral! Since nursing Lil’ Drac back to health and releasing him back into the wild, Amanda’s sanctuary has saved thousands of bats. She emphasizes the individuality of each bat and has learned first-hand how playful and curious they are. She wishes more people understood how intelligent, clean, and unique these animals are!