10 Farmers Who Had a Change of Heart and Recognized Farm Animals as Friends, Not Food 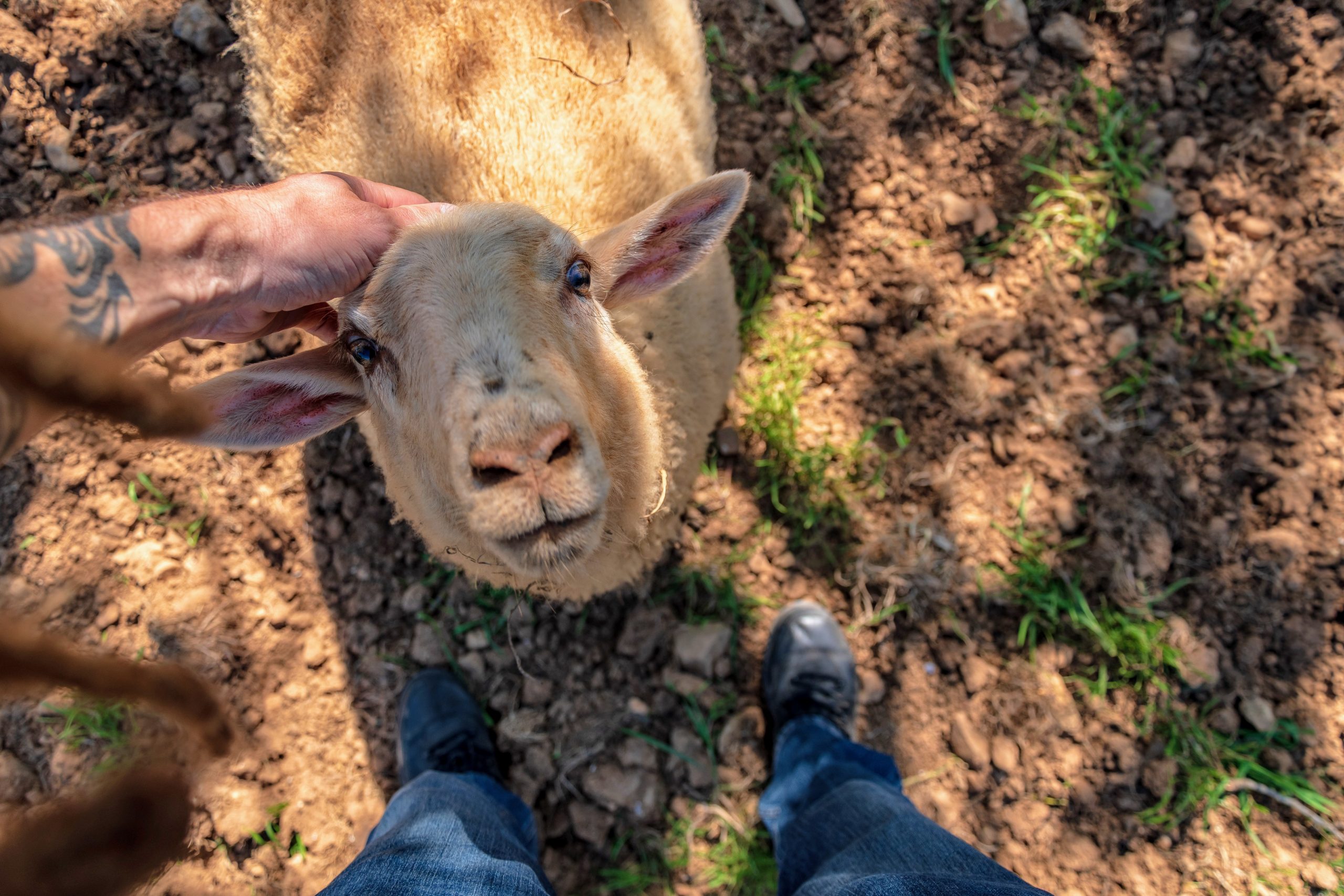 Adopting a cruelty-free lifestyle is always a commendable decision! This decision is perhaps even more impressive for those who have staked their careers on animal agriculture. These 10 farmers demonstrated their compassion and bravery by adopting plant-based lifestyles, farming practices, and in some cases, opening animal sanctuaries!

Sivalingam Vasanthakumar had a long history of animal agriculture. From growing up on a Sri Lankan dairy farm to studying agriculture in both India and the UK, one might think this was second nature for him. However, Vasanthakumar constantly struggled with anxiety. He would watch these animals he raised be lined up for slaughter and share in their stress. In an interview, he noted that the animals “would try to hide in the back of the trailer and wouldn’t want to come out.” Eventually, this highly stressful, emotional process became too much for him, and one day he decided he could no longer partake in the slaughter of these sweet animals. He loaded up his sheep, but instead of taking them to the slaughterhouse, he took them to Goodheart Animal Sanctuaries! He has now adopted a vegetarian diet and transitioned to vegetable farming. He still maintains a relationship with animals by keeping some cattle to roam free and graze on his land.

Mike Weaver was in the broiler chicken industry for nearly two decades before deciding to switch to hemp farming. His decision was guided by Transformation, an initiative at Mercy For Animals to help farmers transition from live-stock to plant-based products. In addition to saving animals, Weaver’s story exemplifies how small farmers are often exploited by larger corporations. According to Weaver, in the 18 years, he’d been a farmer, he’d never received a raise. Meanwhile, Pilgrim’s Pride, the poultry company he worked for, paid their stockholders $1.2 billion in dividends. Weaver wants to change the trajectory of rural farming. With his new hemp business, he believes he can use about half the amount of water, employ 5x the amount of people, and make much more money than he ever did with Pilgrim’s Pride. Weaver’s story shows how switching to plant-based farming is beneficial not only to animals and the environment but to the farmers themselves!

Despite being in the livestock business for 20 years, Jennifer and Rodney Barrett found their work to be both financially and emotionally taxing. Similar to Mark Weaver’s experience in the poultry industry, the Barretts noticed the discrepancy between their income as compared to the millions of dollars in bonuses the company CEOs received. Not only did they feel financially exploited, but they began to feel guilty about the “hellish” industry they’d participated in for decades. Jennifer specifically cites the wake-up call she had in realizing that these weren’t just cows making noises, they were mothers crying for their babies. She notes that animals “have this beautiful, lovely, maternal instinct just like us.” Luckily, with the support of the Rancher Advocacy Program, the Barretts, who are now vegan, can convert their poultry barn into growing mushrooms and let their cows roam and graze care-free. For bonus wholesome content, check out Jennifer’s Instagram! 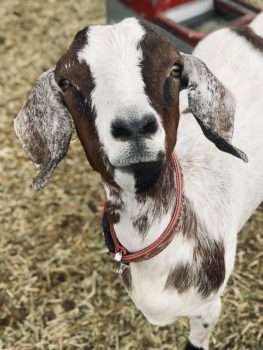 Andrea Davis began her career in animal agriculture by opening a “slaughter-free” dairy farm with the goal of making world-famous goat cheese. She soon realized that despite her efforts to make her business as ethical as possible, the dairy industry is inherently cruel and exploitative. During this process, she discovered that her true passion was rescuing and caring for animals, so she opened Broken Shovels Farm Sanctuary in Henderson, Colorado. For updates on Broken Shovels, you can follow their Instagram! Also, you can donate to the sanctuary here!

Mark Lanigan, a third-generation cattle rancher, had a history of being intuitively ahead of his time. He inadvertently went organic when he decided to stop using chemicals on his crops, despite not even knowing what “organic” meant. He continued this trend when he later decided to convert his farm entirely into a vegetable farm and start an animal sanctuary called Farmhouse Garden Animal Home in Ontario, Canada. His sanctuary is now home to gorgeous cows, horses, chickens, ducks, and even a donkey (who is a Zoom celebrity). Donate to the sanctuary here!

Michelle worked as a dairy farmer in Israel for 15 years. Her decision to quit this cruel industry was largely influenced by her experience as a mother. In the dairy industry, calves are routinely stripped away from their mothers so that farmers can sell the milk that was intended for them. For Michelle, this process of separating mother and child became too much to bear. She eventually went vegan and her hope is that others will learn about the cruelty of dairy farming and do the same. 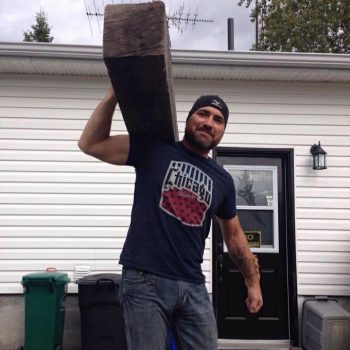 After working as a dairy farmer for two decades, Chris Mills met his future wife, Kim. At the time, she was a vegetarian (she’s now vegan!) and she helped educate him on animal rights issues. He finally made the change to go vegan after watching pigs being taken to a slaughterhouse. Looking into the eyes of these scared animals was enough to shift him from being a dairy farmer to someone who promotes compassion for animals!

When Jay Wilde inherited his deceased father’s beef farm he was already a vegetarian. Though this conflict of interest was apparent he kept up the business for years before he finally couldn’t take it anymore. He described the emotional difficulty of getting to know these animals for years only to then send them to slaughter. He felt like he was “betraying them.” Finally, he decided to convert the organic beef farm into an organic vegetable farm and take his cows to Hillside Animal Sanctuary, where he hoped they would feel like they were “on holiday.” You can learn more about Jay Wilde’s experience by watching the documentary “73 Cows.”

Jan Gerdes was a dairy farmer in Butjadingen, Germany before a change of heart led him to open the sanctuary Hof Butenland with Karin Mück. You can hear him recount his shift in beliefs in the video above! While he once had to deny that he like these animals in order to do his job, he can now freely say that they are “more like comrades” who he cares for greatly. For updates on their sanctuary, you can follow them on Facebook and to help out, donate here!

Bob Comis had been raising animals for slaughter for 10 years but the process began to weigh on his conscience. Despite knowing that his career and diet were socially acceptable, he felt pangs of intrinsic guilt. He wrote, “As a pig farmer, I live an unethical life shrouded in the justificatory trappings of social acceptance.” He went on to question, “How can you justify taking a life for gustatory pleasure?” This internal tension eventually led him to convert his pig farm into a vegetable farm and adopt a vegan lifestyle. His story is so compelling that a documentary titled “The Last Pig” was made about his experience. He has since continued speaking out for animal rights, including his article detailing the cruel reality of “humane slaughter.”

The concept of cognitive dissonance has been a widely discussed issue throughout the history of vegan discourse. Most of us can admit that killing living beings is immoral, even without the added factors of health and environmental impact. However, due to various justifications, such as the appeal to tradition, the overwhelming majority of the world maintains an omnivorous diet. The stories of these farmers show that even when one’s livelihood has been contingent on animal agriculture for decades we can make a shift towards a more ethical lifestyle. Fortunately, as the vegan movement grows, this shift will only become easier!