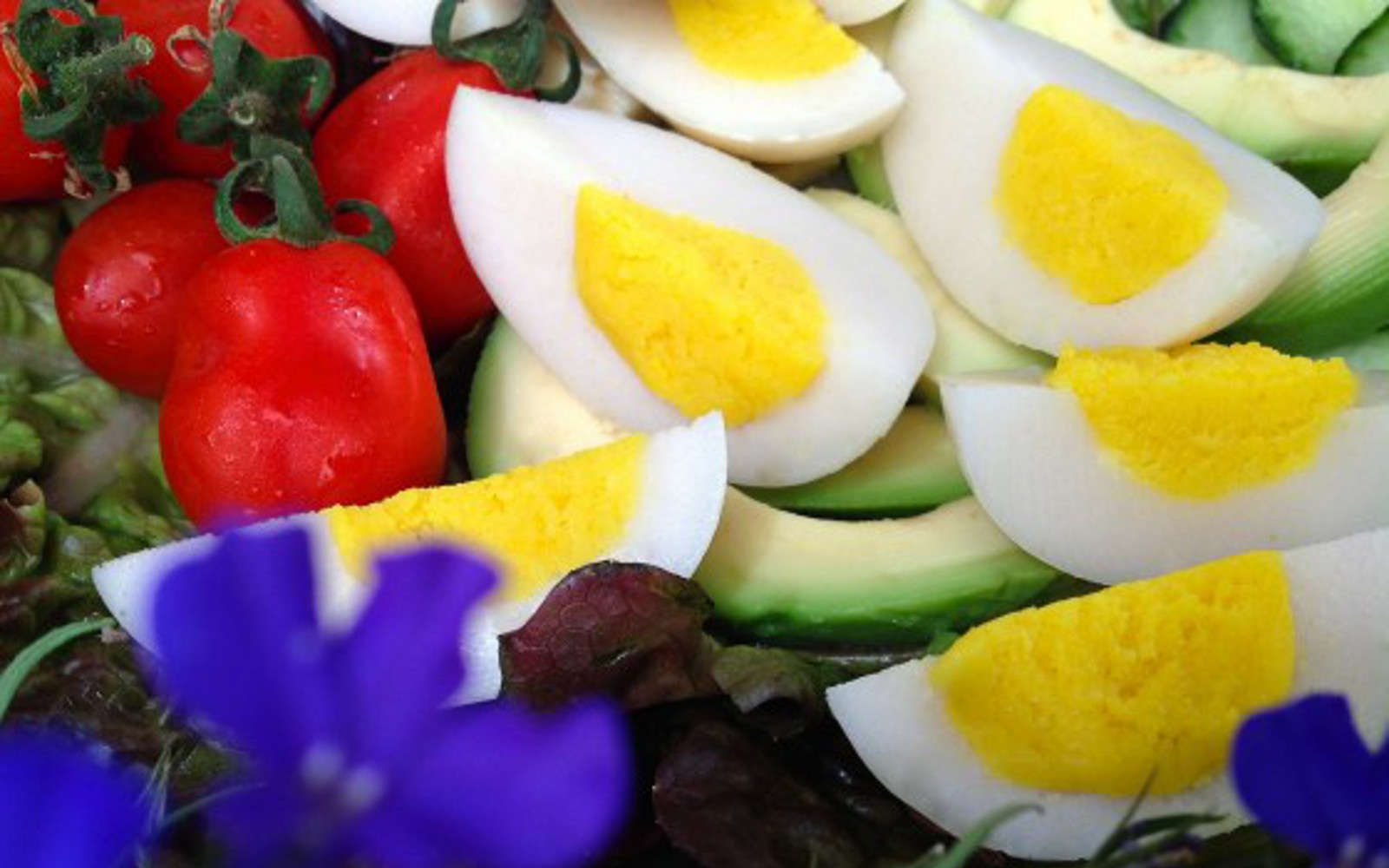 These vegan hard-boiled eggs are what you've been looking for. They're savory, soft, and look realistic––it's almost uncanny. Apparently, my infamous ‘egg’ recipes have been plagiarized and copied all over the web, and have even found their way into at least one known cookery book – but make no mistake, this creation is completely my own, and one that I have been working on for well over a couple of years now. One thing’s for sure – my vegan eggs were almost certainly the first of their kind in the world, and the idea of using any form of potato (starch or flakes) for the ‘yolk’, came from my good self! These are genius vegan eggs that taste every bit as good as the real thing, without the cholesterol or cruelty. Try these vegan hard-boiled eggs in a salad, on a sandwich, or on their own. You'll be obsessed!

To Make the Whites:

To Make Your ‘Egg’ Halves:

The ratio of water/liquid versus the potato flakes or powder that you find may differ (reason being that brands and textures differ in the dried potatoes, some need less water), so you may need to slightly adjust this, i.e. a little more potato flakes/dehydrated potato may need to be added – make a note of how much of these quantities worked for you for your future reference. It’s a simple detail, but worth noting. You can find kala namak (black salt) at Indian grocery stores or even on Amazon.com