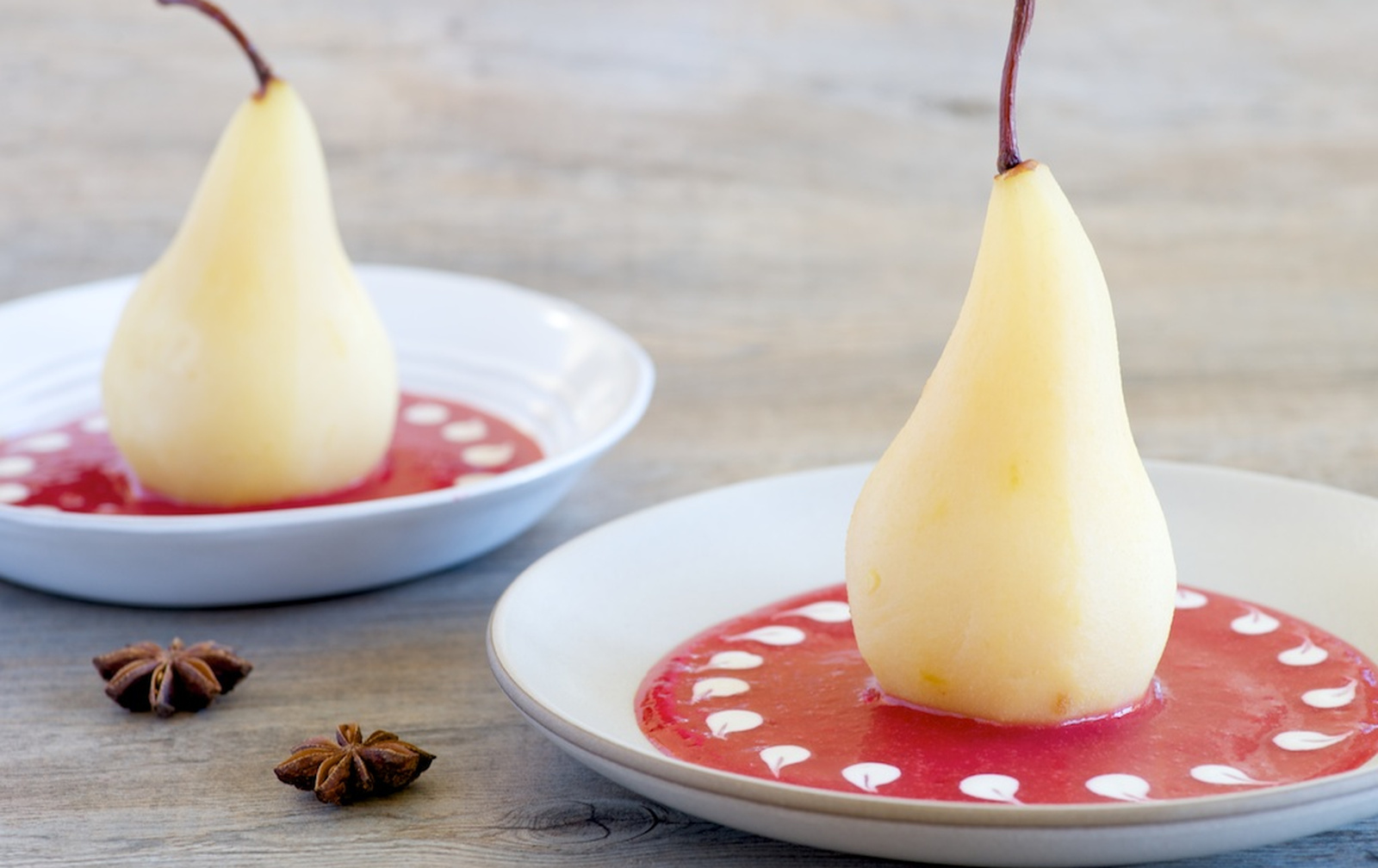 Easy, peasy: that’s what this dessert is. It might look a little complicated, but rest assured that it is incredibly simple to make, so do not hesitate, and do not be intimidated. A little bit of work for a beautiful, fancy dessert – what could be better than that?

The little white dots on the coulis are made from cashew cream – just add a few drops all around the plate, then, using a toothpick, draw a little "tail" into the design. Simple but pretty.

Nathalie is a natural foods chef and nutrition educator, and the creator of the Vanille Verte. The name Vanille Verte comes from her experience growing up on the island of Madagascar. The spice was dominant in her family's kitchen, and so her memories of it are strongly nostalgic. Nathalie's passion lies in creating meals that are not only healthy but also crazy tasty. Her first print cookbook, The Whole Coconut is due out in 2016.