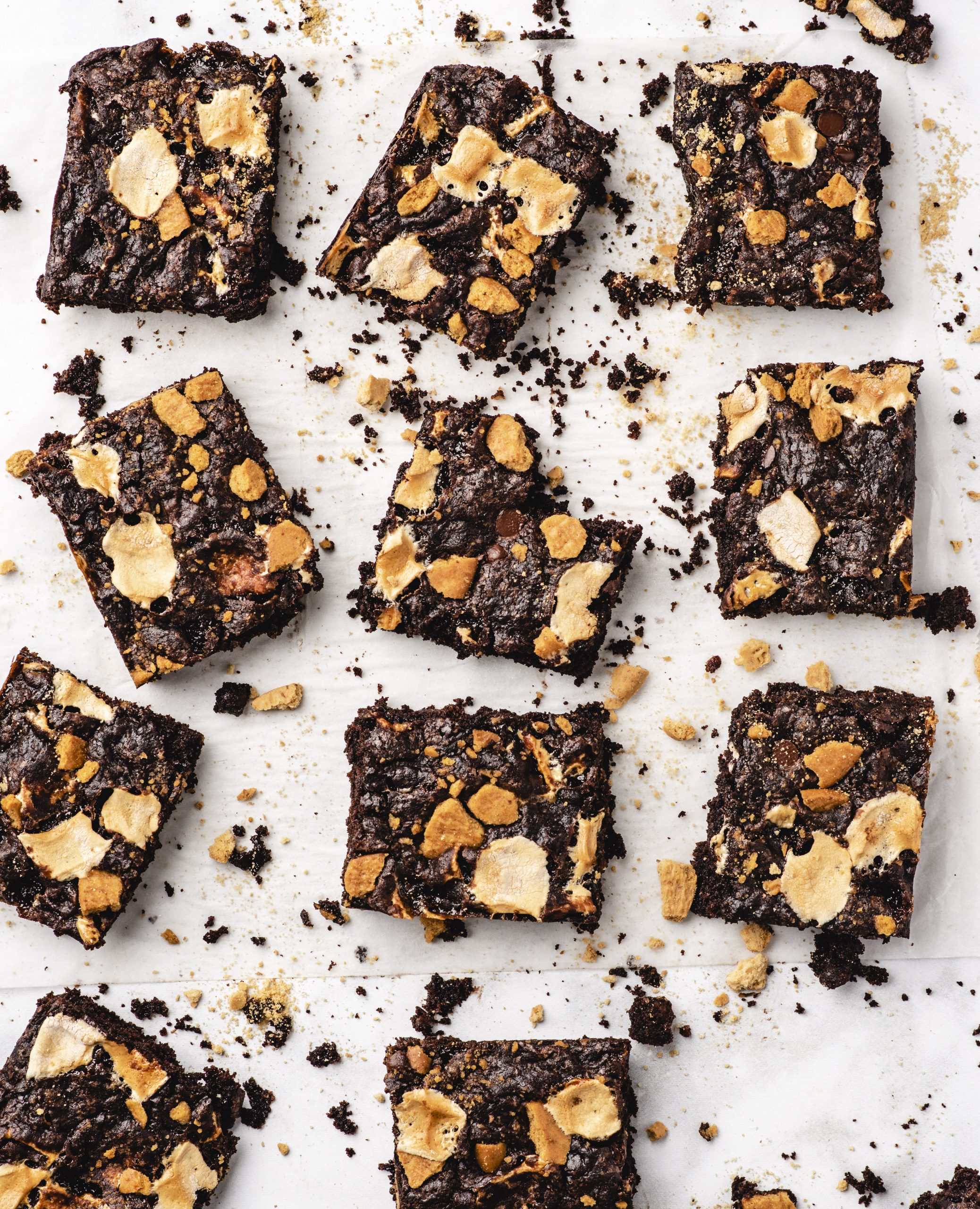 This brownie is a variation of the cake I created when I competed in the final round of the Food Network Girl Scout Cookie Championship television show. The cake was a six-layer, two-tiered, double barrel cake featuring chili peppers from a surprise ingredient table and the vegan s’mores girl scout cookie. This brownie offers up the chocolatey, spicy, marshmallow ooey-gooey fun the cake did, only in one simple layer, one pan, and a fraction of the time. Oh, and also without the pressure of doing it on TV in front of a panel of judges and a dozen cameras on you.

- Take out the cinnamon, chili powder, and cayenne pepper to have a traditional brownie without the spice. - Cut into smaller pieces to create brownie bites. - Store in an airtight container or wrap in plastic wrap. Keep at room temperature for 3 days or store in the freezer for up to 3 months.