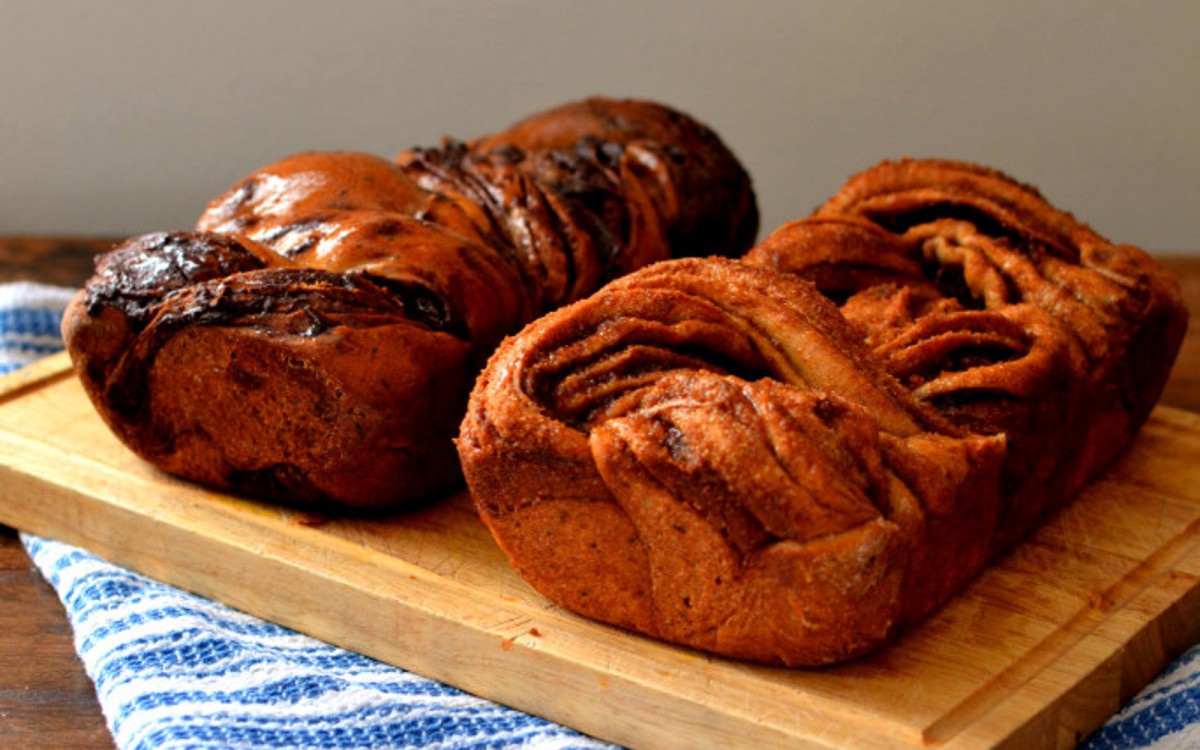 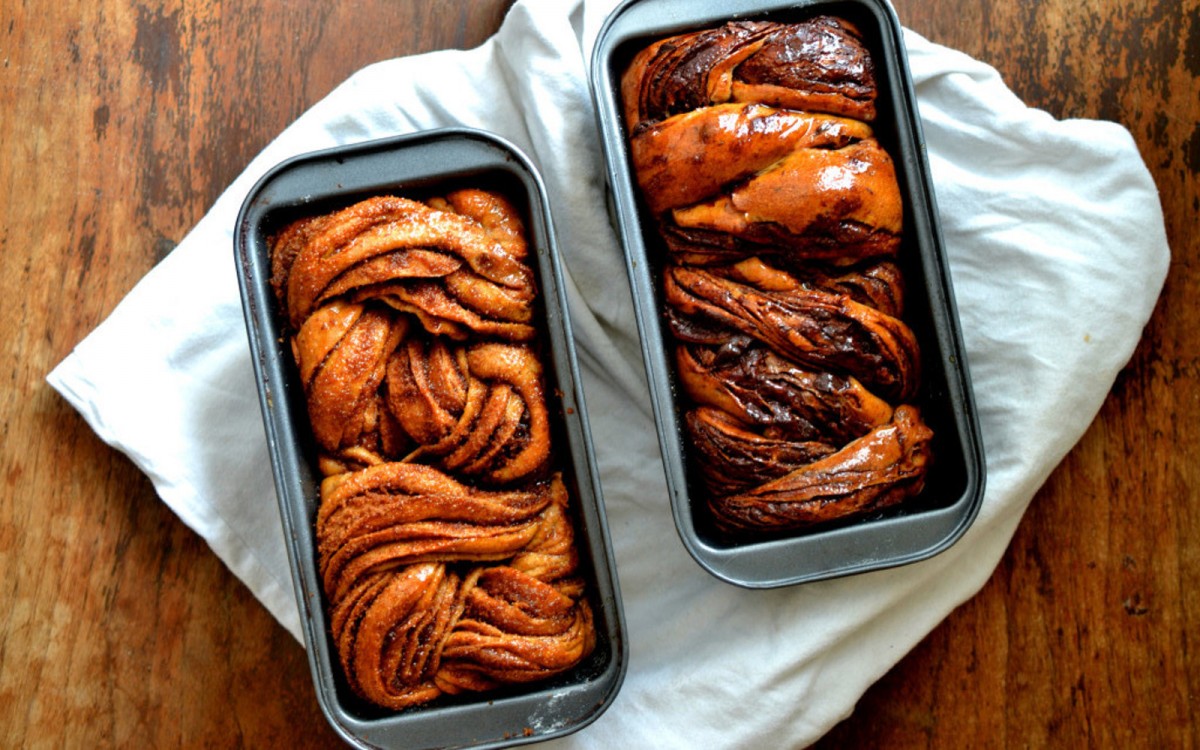 Chocolate or cinnamon babka — which is better? In this recipe, you don't have to choose because you can make one of each! A subtly sweet cinnamon babka and a deeply rich dark chocolate babka. This dough is not identical to the brioche-like bread in a classic babka recipe. Spelt flour gives it a decidedly wholesome flavor. Brushing the finished loaves with maple syrup instead of simple syrup saves a bit of time, adds extra flavor, and accomplishes the same beautiful shine.

For the Cinnamon Filling:

For the Chocolate Filling:

To Make the Babka:

To Make the Chocolate Filling:

To Make the Cinnamon Filling:

Emily is a vegan baker, recipe developer, and blogger behind Emmylou's Kitchen. She lives in Winnipeg, MB, with her partner and two swell cats. She creates creative baked goods with seasonal flavors.