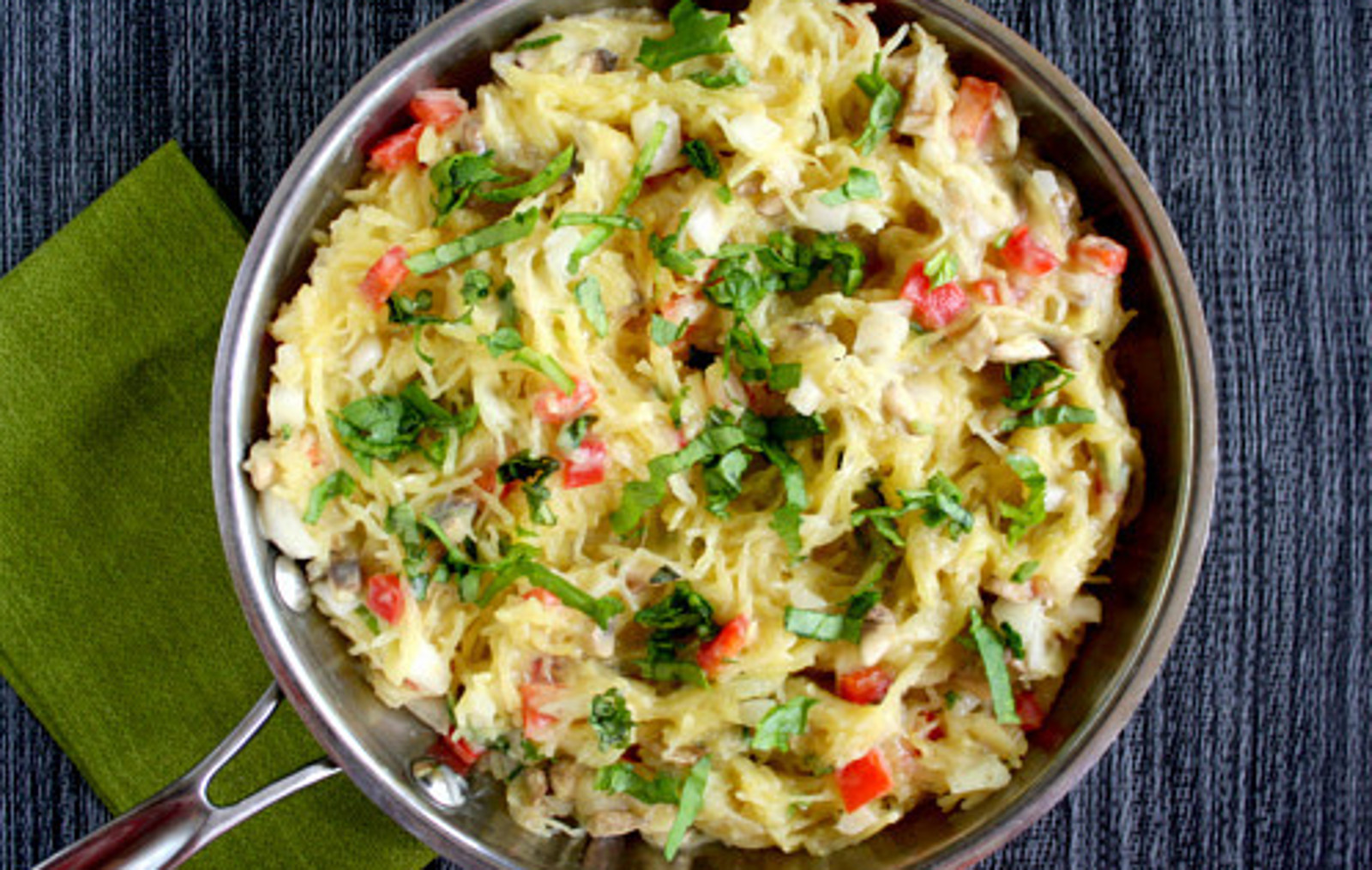 For the Spaghetti Squash:

To Make the Spaghetti Squash Pasta:

To Make the Vegetables:

Total Calories: 626 | Total Carbs: 69 g | Total Fat: 26 g | Total Protein: 27 g | Total Sodium: 1652 g | Total Sugar: 24 g Note: The information shown is based on available ingredients and preparation. It should not be considered a substitute for a professional nutritionist’s advice.