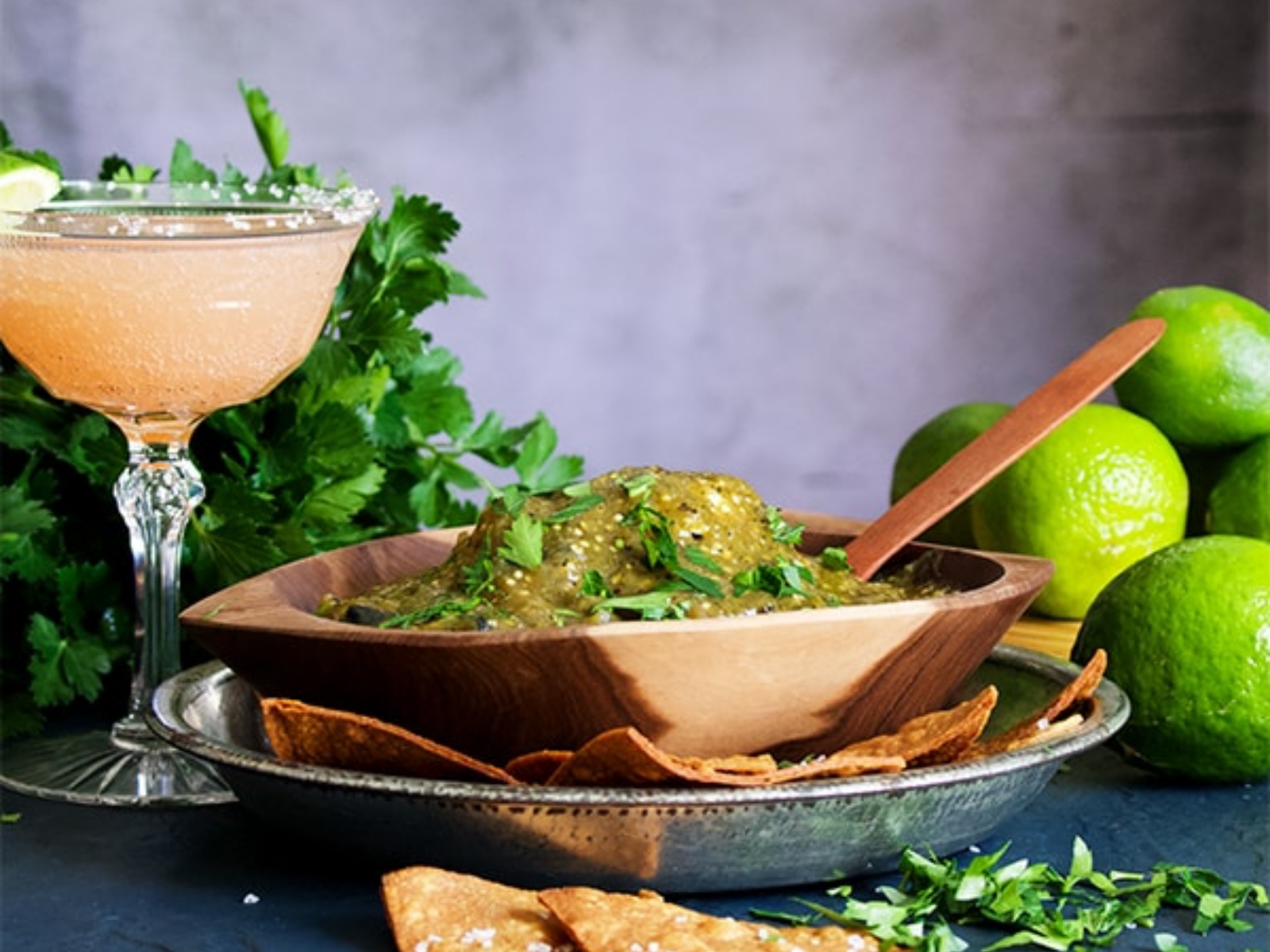 Tomatillos and poblano peppers are charred under high heat until smoky and tender, then cooked with garlic, cumin and lime for a concentrated, bright and tangy, slightly spicy tomatillo sauce that does triple duty as a sauce, marinade, or salsa verde.

Baker. Blogger. Recipe developer. Cookbook author. Still in love with my high school sweetheart. Mother of 3. Questioner. Freedom seeker. Bookworm. Audiobook addict. Wine lover. Easily bored and frequently restless. Most often found in the kitchen or on the back of a motorcycle. Find me at A Little and a Lot & Of Batter and Dough!