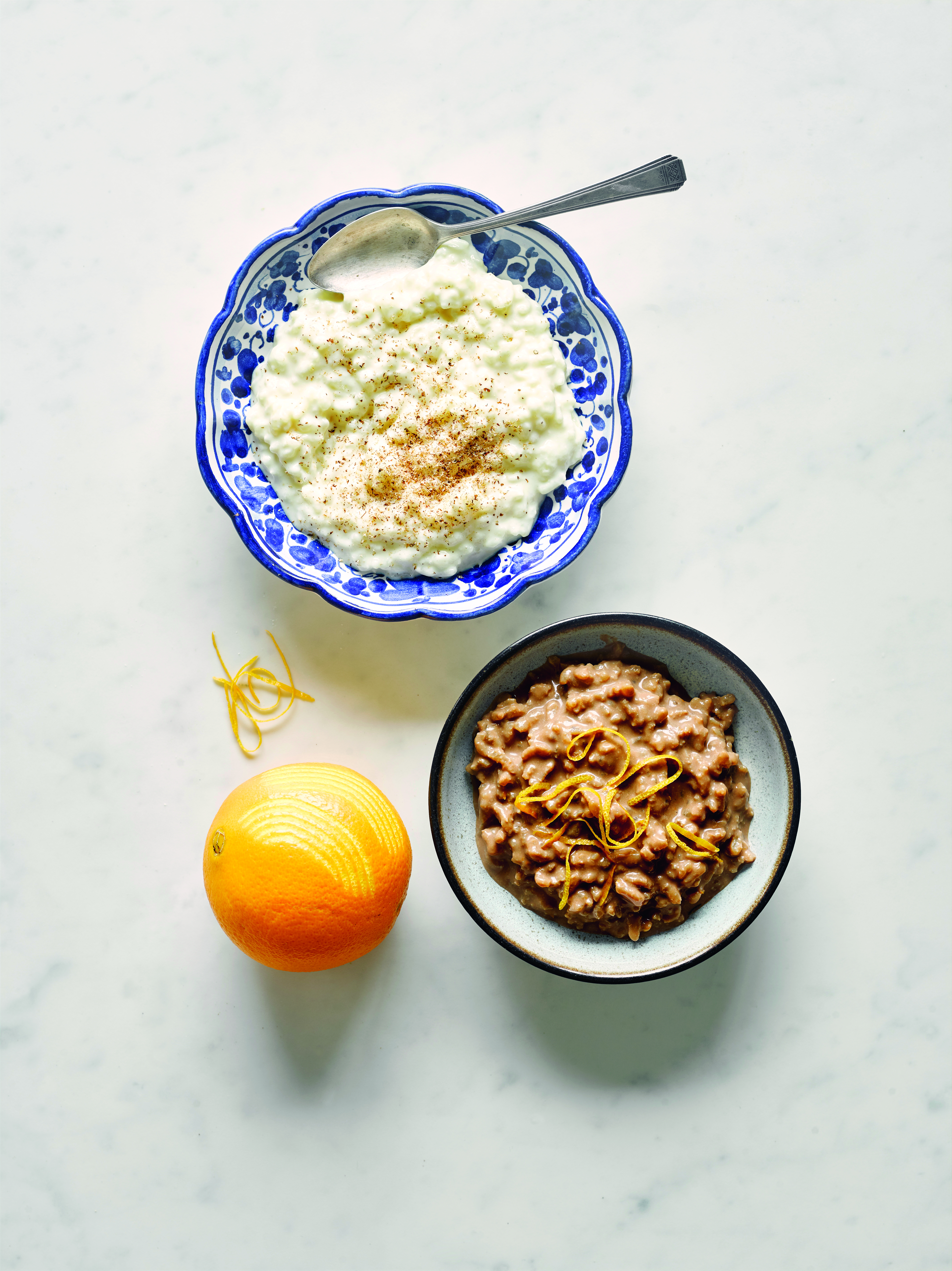 This hot creamy rice pudding is spiked with orange and cinnamon to bring some warmth and sunshine to your life. Like other Greek desserts, it’s an exquisite combination of humble everyday ingredients: rice, milk, and sugar. However, like risotto, making it is a labor of love – you have to be close at hand all the time, stirring and checking on it. Some Greek cooks even go so far as to add the milk in batches, a little at a time, and stirring between each addition.

Use lemon zest instead of orange. Substitute a vanilla bean (pod), split open lengthwise, for the cinnamon stick. For a dairy-free version, use almond or soya milk. Add some freshly grated nutmeg or cardamom seeds.

Per Serving: Calories: 83 | Carbs: 15 g | Fat: 2 g | Protein: 1 g | Sodium: 25 mg | Sugar: 13 g Note: The information shown is based on available ingredients and preparation. It should not be considered a substitute for a professional nutritionist’s advice.

Fresh vegetables are an integral part of Greek cuisine, and The Greek Vegetarian Cookbook showcases an array of delicious meatless breakfasts, soups, salads, vegetables, grains, and desserts. Drawing inspiration from all over Greece, the book simplifies this hugely popular cuisine with easily achievable, nourishing recipes so satisfying and tasty that they appeal to vegetarians and meat-eaters alike. Introductions to each recipe often provide additional information on ingredients and serving suggestions and many suggest variations to the dish itself.