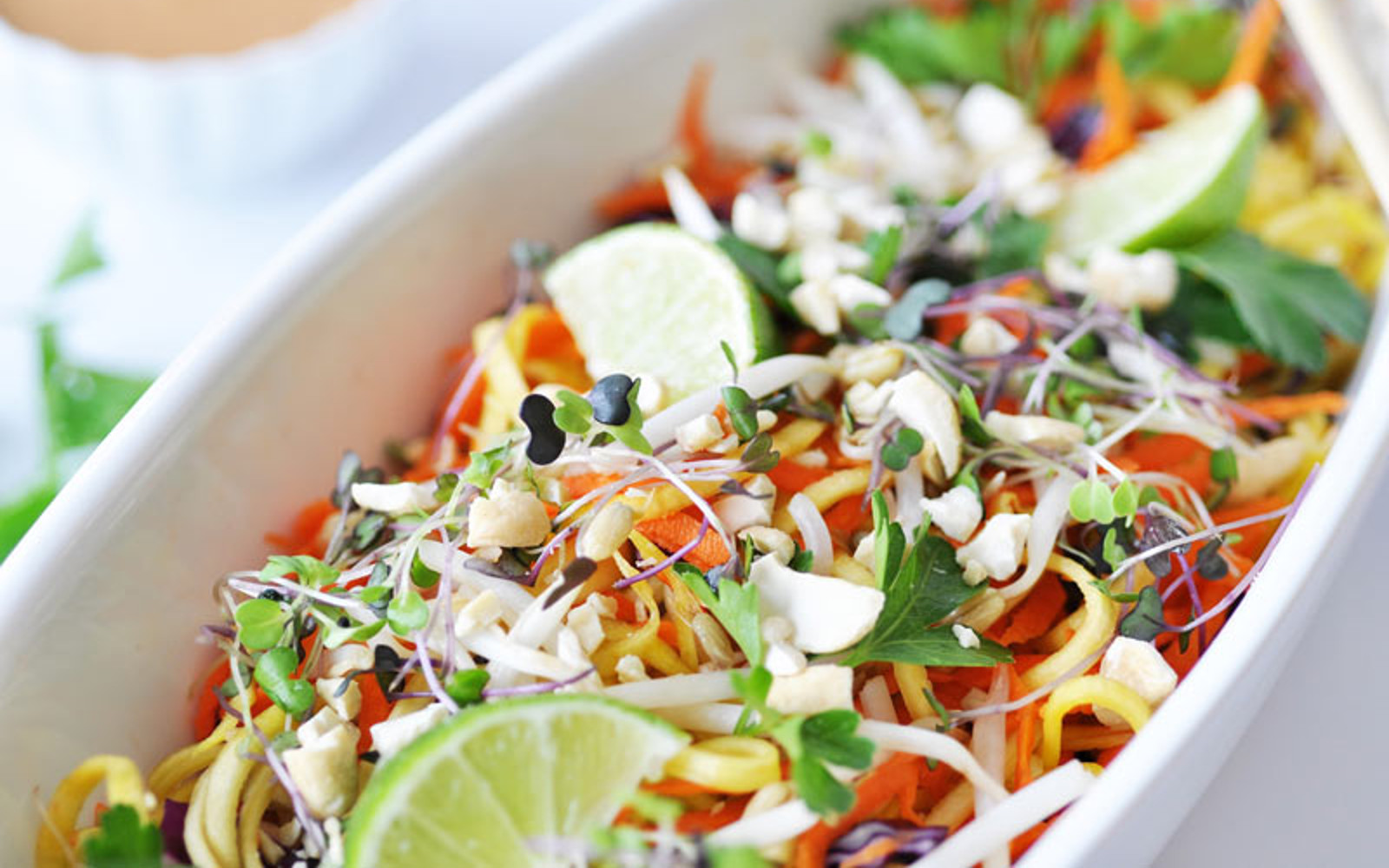 This raw Pad Thai is made from spiralized vegetables which are perfectly complemented by a delicious chili peanut sauce.You'll never be bored of this dish as each vegetable contributes its own unique texture and flavor!

For the Pad Thai: For the Sauce:
Advertisement